Culturally appropriated costumes you should avoid on Halloween 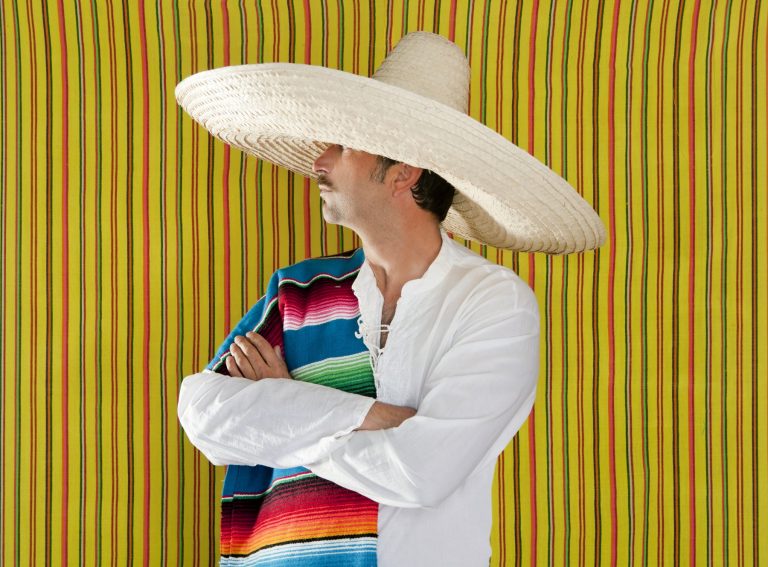 In recent years, Halloween has become a mine field for culturally appropriated costumes. Most people don’t want to offend anyone on Halloween (heck, that’s probably why you’re reading this article right now). But we can’t use ignorance as an excuse for costumes that fail to recognize cultural significance and history.

We’ll break it all down for you here so you can have a Halloween costume that let’s your imagination and creativity run wild while also respecting cultures, ethnicities and religions around you.

So what, exactly, is cultural appropriation?

Oxford Dictionaries defines cultural appropriation as “the unacknowledged or inappropriate adoption of the customs, practices, ideas, etc. of one people or society by members of another and typically more dominant people or society.”

Unfortunately, it’s not so cut and dry. For example, there was a big debate in 2017 about the appropriateness of children dressing up as Moana. And another debate about people dressing up as Black Panther. When is it celebrating and respecting culture and when is it crossing the line?

A lot of this discussion revolves around intention and the history of that culture and peoples.

Actress Auli’i Cravalho, who voiced Moana, spoke out about the costume debate saying, “I think it’s absolutely appropriate. It’s done in the spirit of love and for Disney and for the little ones who just want to dress up as their favorite heroine, I’m all for it. Parents can dress up as Moana, too.”

MORE: Use our Halloween party checklist so you won’t forget a thing

There is a line, but there are also gray areas. While Moana and Black Panther may be ok, some costumes should be avoided all together because there are some deeper and historically significant implications behind certain outfits.

There is a long and terrible history surrounding blackface. Mostly it’s rooted in 19th century minstrel shows in which white actors donned blackface for comedy. The white people got a laugh all at the expense of black people who were demoralized and hurt by the portrayal.

There is never an excuse to use someone’s skin tone as a costume.

Geishas — along with Asian culture in general — have been sexualized, which is a problem in and of itself when choosing a Halloween costume. Furthermore, using stereotypes when making costume decisions is never a good idea. It ignores the rich and complex history of the group and makes assumptions that are often false.

There are no ifs, ands, or buts about it, Arab Sheik costumes — and any costumes that seek to generalize Middle Eastern culture — are highly offensive. It plays into stereotypes and, even worse, the sword portrays the group of individuals in an intimidating light.

NPR reports the term “voodoo” is often a catch-all for “several distinct, but related religions that combine elements of Catholicism and West African Vodun.” The problem is — and this is really just the start of the problems — most of us know nothing about the history and principals Vodou as an actual religion. Instead, what we see is a commercialized, Hollywood-inspired, spooky and often wildly misrepresented caricature that has no actual basis in Vodou.

Religions and faith should not be used as resources for costumes but instead respected for their history and traditions. Any costume that seeks to continue false ideology and stereotypes has no place at Halloween time.

Yes, you can dress up like Moana. No, you cannot dress up like Pocahontas. Remember when we talked about that gray area, fine line above? This is it. And here’s why: The Disney version of Pocahontas is based on a real person and the real story wasn’t all happily ever after.

“History has almost completely erased the name of this Powhatan child who was stolen from her family, taken prisoner, forced into a child marriage, made a mockery of, harassed, and killed by a ‘New World’ disease she never would have contracted otherwise,” Medium reports.

The article goes on to say the Powhatan nation has long been ashamed of the Disney adaptation. It romanticizes the oppression and destruction of their people.

To dress up as Pocahontas or any Native American princess ignores the history of oppression and minimizes the ceremonial significance of their wardrobe, which has ultimately marginalized and stereotyped this culture.

Dangling jewelry, colorful bohemian skirts, scarves and a head wrap make up what most of us know as a “gypsy” costume. What most of us don’t know is the real history behind the Romani people who suffered intense hatred and were considered lower class citizens.

According to Cracked, even the word gypsy comes from sordid origins. “The term ‘Gypsy’ evolved from the habit of calling the people Egyptians, because they sort of looked Egyptian and the locals were apparently too shy to ask the people where they were actually from.”

Let’s collectively face palm at this costume fail, which seems intent on poking fun and stereotyping an entire culture of people.

If you’re looking for a fun and easy costume, why not go with a classic skeleton? We’ll show you how to achieve the spooky makeup look in the tutorial below.