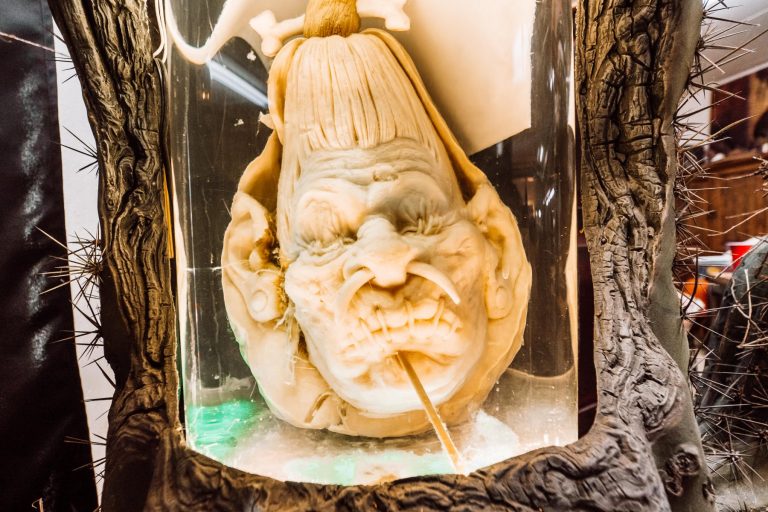 Every Halloween, you think you’re prepared. You bought one of those pumpkin-carving kits with the tiny saws. You saved a whole board of pumpkin-carving inspiration on Pinterest. And yet, somehow, you end up with a Pinterest fail sitting on your front porch.

If you’re really serious about taking your pumpkin-carving to the next level, take a cue from a true artist: Ray Villafane of Villafane Studios . In which case, consider this your official welcome into the wild, weird, and whimsical world of 3D pumpkin sculptures.

Granted, most of us know how to carve a basic jack-o-lantern (although raise your hand if, like us, you’ve still managed to mess up those triangle eyes). Let this give you hope — Villafane started with the humble jack-o-lantern, too. But he was always left feeling hollower than the pumpkins he was carving by the time he finished.

MORE: What it’s really like being a scare actor in a Halloween haunted house

It wasn’t until a student in one of his art classes brought him a pumpkin that he stumbled across the ultimate pumpkin sculpting hack: pottery tools. Now, he’s one of the world’s most preeminent authorities on this fascinating art form. In fact, you might say he’s the Santa Claus of Halloween.

If you happen to be near the town of Carefree, Arizona, in the fall, you can soak up some serious Villafane inspiration at the Enchanted Pumpkin Garden. Each year, he and his elite team of extreme pumpkin carvers create a pumpkin-sculpted wonderland you have to see to believe. 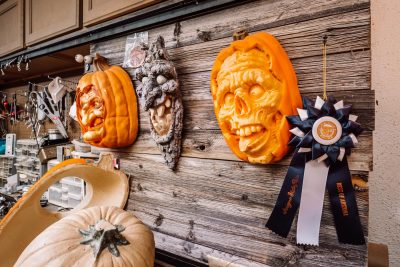 Until you make it that way, though, we’re giving you a look behind-the-scenes at Villafane Studios.

Villafane’s pumpkin sculptures and art are a testament to the fact that you don’t have to be perfect or super-put-together to create something beautiful. It’s about listening to the art and allowing yourself to feel where the found items around you lead. We all have something to create — so, start there. Jut create something and see where it takes you.

While you’re here, learn why we think Halloween is the best holiday of the year in the video below!