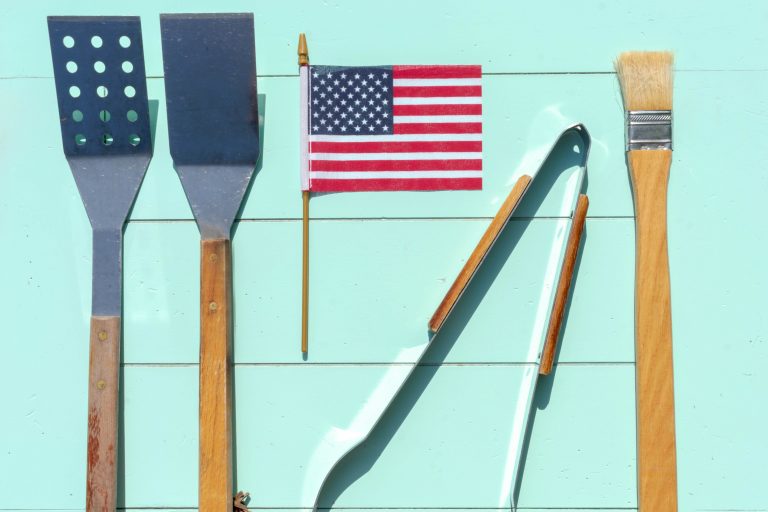 When it comes to summer food, you can’t get more quintessential than throwing a backyard BBQ. You call your friends, you buy some brews, and you throw a bunch of meat on the grill. Before you know it, you’re that neighbor — the one making everyone else on the street salivate, thanks to the unmistakably mouth-watering aroma wafting through the air.

Of course, most of us are strictly hobbyists when it comes to grilling, but that doesn’t mean we can’t seem like pit masters by incorporating a few BBQ tips from the actual pros.

With that being said, we sat down with BBQ expert Phil “the Grill” Johnson to pick his brain about what grilling gods think grilling mortals like us need to know. He had a lot to say.

Warning: You may realize you’ve been grillin’ wrong all along.

There’s more than one method of BBQing, and the different methods contribute to a grilled meat’s flavor profile. Direct and indirect heat have a lot to do with this.

“A smoker is going to be indirect heat, [which] means you’re going to pretty much cook that slow. Those are going to be thicker parts of meats,” said Johnson, pointing out that examples of meat you’d cook using indirect heat include brisket, ribs, pulled pork or a pork shoulder, in general. “Your grill is going to be that direct heat, where the fire is just right underneath that meat. This is good for things like burgers, chops, sausage, links and things like that — things that you want to put grill marks on and be finished pretty quick.”

MORE: 11 grilling essentials you need for your next barbecue

Cut against the grain

Hey, we’re big fans around here of going against the grain — and apparently, that’ll work in our favor when it comes to cooking out. Says Johnson, “Depending on how you’re going to present your steak, or any beef for that matter, you always want to cut against the grain. When you cut against the grain, it is tender and a better bite for the person that you’re serving.”

Getting worked up over buying or making the perfect marinade is a sure-fire way to forget the meat you’re cooking should be the star of your grill. “You really want the steak to come out to the table, not the marinade. You can keep it simple. Salt and pepper is all you need, because the flavor of the steak is already profound. It has enough flavor on its own.”

Be judicious with salt

Don’t be heavy-handed with salt before you’ve even given your BBQ a fighting chance. Cautions Johnson, “You can never take away the salt after it’s been added, but you could always add salt if it’s needed.”

Kill the bacteria on your grill

Have you ever been totally grossed out looking at the gunk left behind on your grill? Here’s a quick trick to give you peace of mind. “By [firing up the grill] an hour before you put on any meats, it will kill a lot of the bacteria sitting on the grill from your last cook to your new cook,” shares Johnson, adding, “So, don’t throw your meats right on the grill first thing. Once the grill gets hot, let that burn through and let all of those bacteria get burnt off before you throw any of your proteins on.”

The oil you choose is important

If you’re BBQing at a higher temperature (let’s say you want to sear your meat), you shouldn’t just grab any old bottle of oil hiding in your cabinet. “At a high temp, I recommend a higher heat oil, such as grape seed oil or avocado oil. Cooking over a direct heat, you want to stay away from butters and sugars and syrups. Those things will burn on you,” says Johnson.

The idea of something you’re going to consume “sweating” may not sound particularly appetizing, but it’s actually an incredibly desirable trait in the BBQ world. “When you first apply your seasoning to any type of meat, you definitely want the meat to start to sweat,” explains Johnson. “That sweating means that the seasoning starts to disappear and penetrate into your meat, and you’ll see where the solid surface of your rubs or your seasoning has actually turned to water and moisturized the meat. That’s when it’s ready for the grill.”

Don’t spritz before your seasoning is set

You know that first layer of intense flavor you get when you bite into a piece of grilled meat? That’s known as “bark” and is simply seasoning that crusted over the meat during the process of cooking. But achieving that bark can be tricky if you’re also trying to ensure your meat doesn’t dry out. Luckily, Johnson has a simple hack to help with this: “If you are going to do a spritz during your cook — such as with ribs or pork or brisket — you want to make sure that your seasoning or your rub is set. I call it the scratch test. If you’re able to put your finger on the meat and scratch it off, it is not ready to be spritzed yet. You want to let that seasoning really sit and crust over before you start spraying. Otherwise, you’re going to lose all your flavor.”

There’s nothing wrong with wanting to use the spritz you choose to imbue your meat with a bit of extra flavor, but don’t go overboard. Johnson recommends any liquid you like that is a low-profile flavor, like beer or milder juices. “You want everything to complement each other and not have the flavor be more profound than anything else, because the main event is the meat you’re cooking,” he advises, pointing out that red wine is probably too strong.

You can achieve smokiness with a propane grill

It’s not as easy as it would be if you were using a charcoal grill or a pellet smoker, but it can be done. Johnson’s trick? Creating an aluminum foil packet filled with 50 percent wet smoke chips and 50 percent dry smoke chips. When placed on the direct heat side of the grill, smokiness will waft out and penetrate your meats (which are on the indirect heat side).

Keep one thing in mind, though. “Just know you will have to have about seven or eight packets ready to go,” says Johnson, recommending, “Change them out every 15 to 20 minutes, because you will burn through the wood chips in those packets.”

Get a pellet smoker

Love an item that can multitask? Johnson’s got you covered. “I would definitely recommend a pellet smoker for backyard enthusiasts, because you get two for the price of one. “You have your grill that you could push up to a high heat, and then you can also cook low and slow on it. Some of them even hook up to Wi-Fi and you could control it while drinking a beer inside your living room. And you can cook anything on it, from burgers to ribs to a brisket.”

When you envision BBQing, you probably think of tossing slabs of meat flat on the grill. But horizontal isn’t the only way to go. “When cooking chicken or ribs, there’s usually some kind of rack you can find in the store that will allow you to hold the meats vertically. I like to cook that way because it allows the drippings to drop down, and your meat is not sitting in a pool of fat. These racks also allow you to cook a lot more evenly,” Johnson explains.

There is such a thing as too much of a good thing, and smoking is a solid example. As Johnson points out, over-smoking meat doesn’t make it taste better — it makes it taste bitter. There is a way to prevent that from happening, though. “Once the bark is set and the seasoning has really crusted over your meat, you want to stop the smoke process by wrapping in aluminum foil,” he says.

Listen, we get it; after a long hot day at the grill, the last thing you want to do is clean it. But putting it off is only adding more work for you later.

Johnson’s recommendation? “Try to get those grill gates clean before the grill goes cold. You can use one of those wire brushes they sell in the store or you could just ball up aluminum foil loosely and hit the grates with that. But I like to do it over a hot grill or when the coals are starting to go out… When the grill gets cold, the residue will stay caked on and then it’s harder to get those residues or the debris off your grill gates.”