How to organize your fridge to reduce food waste, according to experts 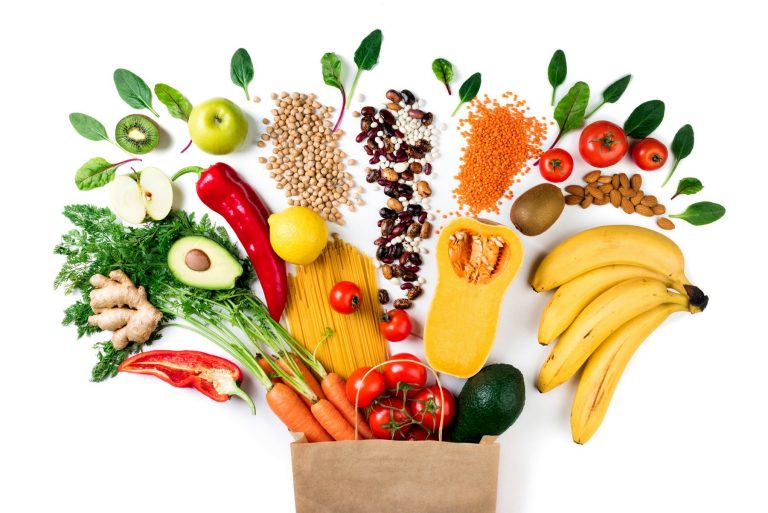 Did you know that 22% of the content of landfill in the U.S. is food waste, and that a third of the food produced globally ends up being trashed?

Wasting food is not just bad for our wallets, it’s also detrimental to the environment. When food ends up at the dump, all the resources required to grow, ship, package and distribute that food is rendered waste as well. Food stuck in our landfills is also one of the biggest contributors to greenhouse gases, releasing methane, which is 21 times more potent than carbon dioxide.

On the consumer side, though, throwing out food is a waste of money, as well as a waste of your time spent grocery shopping.

It can seem challenging to avoid the end-of-the-week dump of uneaten leftovers and veggies that have wilted (trust me, I’ve been there). So I turned to four experts to learn their best tips to help reduce food waste at home. Here’s what they had to say.

Ensuring your food doesn’t spoil can be as easy as checking the thermostat on your fridge, according to Julia Watkins, the popular blogger behind Simply Living Well. “Ideally, the temperature should be at or slightly below 40 degrees Fahrenheit. If it gets much colder than that, tender foods like salad greens will freeze; if it gets much warmer, sensitive foods like meat and dairy may spoil,” she says.

Additionally, Watkins explained that certain areas of the fridge are better suited for certain food groups, so you will want to ensure items are in their optimal locations, and that your thermometer is accurate.

“Climate conditions vary throughout a refrigerator. As the warmest place in the refrigerator, the door is the best place to store foods that don’t spoil easily, like condiments and salad dressing. Since heat rises, the upper shelves are the next warmest part of the fridge and are a great place to store items with a long shelf life,” she says. “I like to keep juices, yogurt and hummus here. The lower drawers and shelves are the coldest part of the fridge and the ideal place for foods that spoil easily, like milk, eggs, meat, poultry and fish.”

Your fridge should be tended, not just loaded up on grocery day and forgotten about, according to plant-based living advocate Jessie Snyder. “My biggest tip for reducing food waste is getting to know what is in your fridge by treating the environment like an indoor garden. Check in on it daily, and move things around to see what needs to be used.”

Snyder also recommends flipping your meal planning process around — going from buying stuff to use, to using stuff you bought. “Base your meals off of what you already have, rather than making lists for new items to purchase in order to make a specific recipe.”

MORE: 5 recycling myths & what you should actually be doing

To help reduce food waste at home, Alison Wu, founder of Wu Haus, suggests that you buy fewer things at a time, and instead shop more regularly for what you will need in the next few days. “Shop for groceries more frequently. I prefer going to the grocery store every few days and stocking up on what I know I’ll use in the near future,” she says.

Maia Welbel — writer, yoga teacher and environmental activist — recommends preparing for your grocery shopping by paying attention to your waste patterns. “Take note of what fridge items you frequently throw away and buy them in smaller quantities,” says Welbel. “Before you buy something perishable, ask yourself what specifically you are going to use it for and when.

Snyder agrees that buying less and more often can be essential to reducing waste, and says, “Most often if we get to the end of the week and are finding that food has spoiled, it is because we over-purchased.”

“If you are well-fed and discovering spoiled food, buy less. It is amazing how little you need and how easy it is to overbuy,” she says. “Unless a snowstorm is coming, or your grocery store is 20+ miles away, chances are you can pop down for something later in the week if it is absolutely needed. Make yourself have to get to the point of a trip to the store rather than over-purchasing and creating waste.”

If you have limited time or your grocery store is not easily accessible, create a list based on a meal plan so you don’t overbuy.

Make the most of your freezer

“Freezing food is one of my favorite ways to prevent waste,” Welbel says. “I take two different approaches here: cooking or prepping large batches of things that I plan to freeze for future use, and saving leftovers that I know I won’t use before they go off in the fridge.

“For example, in the summer when basil from my garden is plentiful, I make huge amounts of pesto and freeze it in small glass containers that I can defrost one at a time throughout the year. Or if I make a big pot of stew and don’t want to finish it within a few days, I will freeze that, too (even if it’s just one serving).”

You can also throw veggies that are starting to wilt, or odds and ends, into a container in the freezer to use in soups and stews, or freeze fruit that is past its prime (as long as it’s not moldy) for smoothies or desserts.

MORE: Holiday foods to avoid — and what to eat instead

Ensure you are storing food items properly and optimizing their lifespan

You can extend the lifespan of perishable items through proper storage.

“You can extend the life of your fruits and vegetables considerably by making sure you prep, seal and store them correctly. Leafy greens, for example, will stay crisp much longer if you store them with a lightly dampened dishcloth in an airtight container after washing. Save The Food has a great guide for this,” Welbel says.

Get creative with what you have left over

Odds and ends, scraps and leftovers can be transformed and utilized for future meals, while also helping to reduce food waste. As an example, Wu says, “Use stems from fresh herbs like cilantro, parsley, basil, dill and other herbs that would otherwise be composted or thrown away in dips, pestos and blended sauces.” Leftover vegetables can be thrown into a soup, stew or frittata, or you could make up a macro bowl with all your leftover veggies, grains and proteins.

Take expiration dates with a grain of salt

If something in your fridge or pantry is past its expiration date, it might still be safe to eat, Watkins shares. “Sell-by dates aren’t federally regulated, and are often thought of as expiration dates. Even if they are marked expiration dates, they’re merely estimates for when foods are likely to reach peak quality.” (See the USDA’s food product dating fact sheet here.)

To determine if something is safe, start by using some of the tools you were born with. “The best way to determine whether a food is still safe to eat is to use your five senses — if foods look, smell and taste fresh or edible, they probably are,” Watkins says. “Also, it’s helpful to remember that most people don’t get sick from eating old food; they get sick from eating food that’s been contaminated with bacteria, which is a completely different issue.”

While you’re at it, how about making your own grocery bag that you can re-use? We show you how to do it.