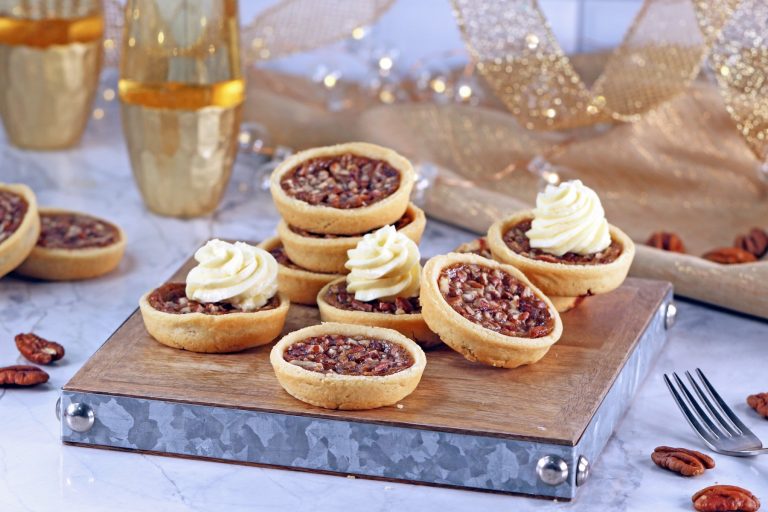 This keto pecan pie recipe is virtually indistinguishable from the original — a buttery, flaky crust filled with a gooey, fudgy pecan filling. These three-bite morsels are the perfect keto party dessert this holiday season: sweet and satisfying, without the guilt.

Pecans are native to the southern U.S. and are harvested during the fall. Interestingly, sweet and syrupy tarts date back to medieval times, and when European settlers arrived in the U.S., they adapted these recipes to use available ingredients. In the South, that meant pecans in autumn. Pecan pies have been synonymous with the season and Thanksgiving ever since, and for good reason.

A classic pecan pie is essentially a lot of corn syrup mixed with eggs and pecans, that, when baked, turns into a sugar custard. Although they’re delicious, they’re so nauseatingly packed with sugar that just sniffing one of them seems capable of raising your blood sugar.

If you’re avoiding sugar crashes but miss that incredible, roasted pecan smell and sweet, gooey satisfaction, this keto pecan pie recipe’s for you. Go ahead and serve this carb-conscious replacement to your non-dieting guests. They won’t know the difference.

MORE: Holiday foods to avoid — and what to eat instead

The secrets of a great keto pecan pie

The trick to getting the signature fudgy, sticky texture in a sugarless pecan pie is not adding too many pecans. Many pecan pie recipes call for more than 2 or 3 cups of pecans. This can cause a low-sugar pie to become dry, because sugar substitutes often don’t provide the same level of stickiness and gooeyness that sugar does.

Adding too many nuts (which soak up the moisture) can compromise the texture. Just ½ cup of pecans is just right to offer exceptional pecan flavor and texture in these mini pies, and a touch of gelatin powder adds extra fudginess to the filling. 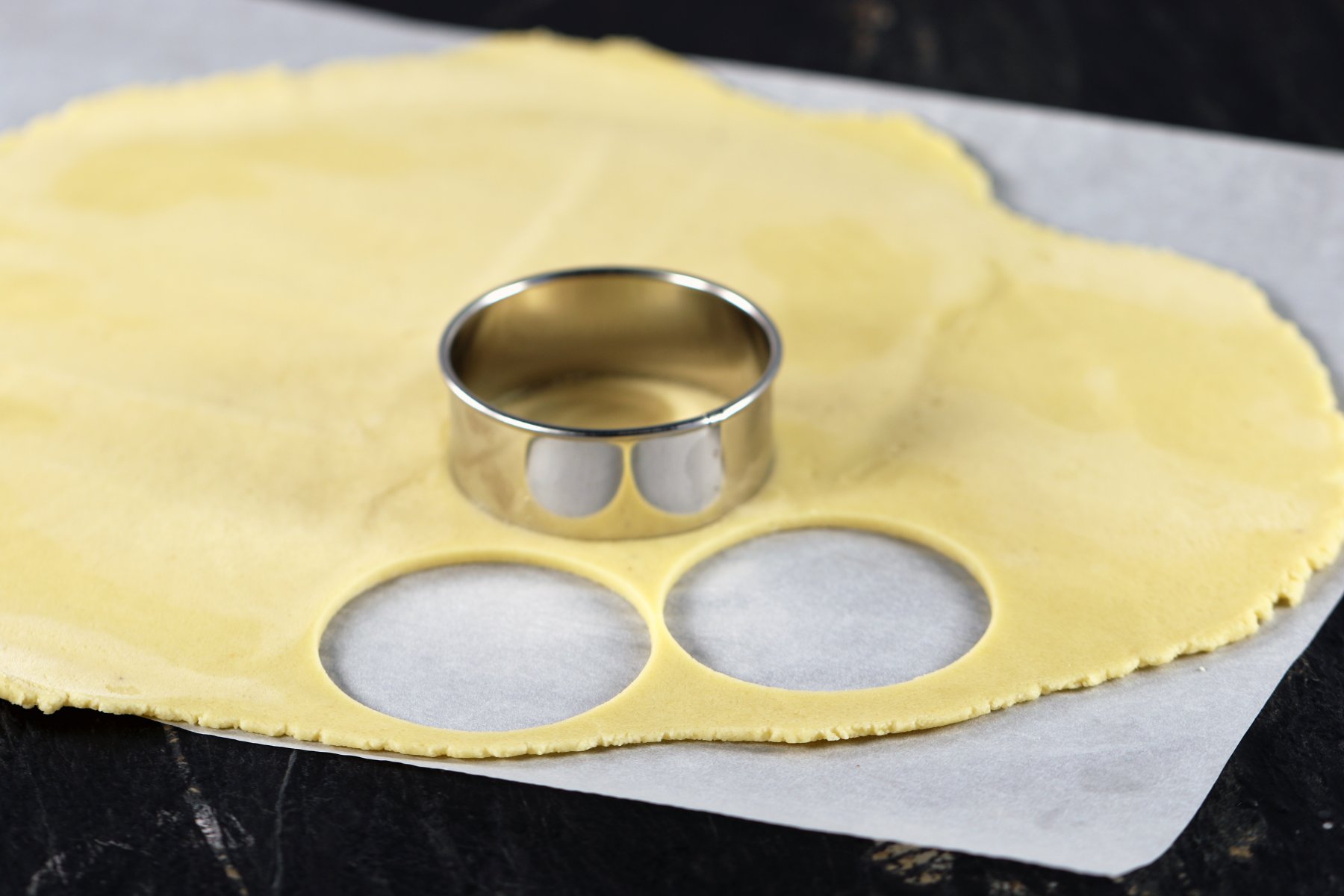 The pastry for these mini tarts is a tried-and-true recipe. The trick to getting extra-flaky, buttery pastry is copious amounts of butter, which makes this dough rather soft after being mixed. Roll it out between two sheets of parchment and let it firm up in the freezer for 10 minutes. The result is a dough that is easy to cut and shape, but you have to work quickly before it softens too much. The dough should be rolled out to 1/8-inch thickness. 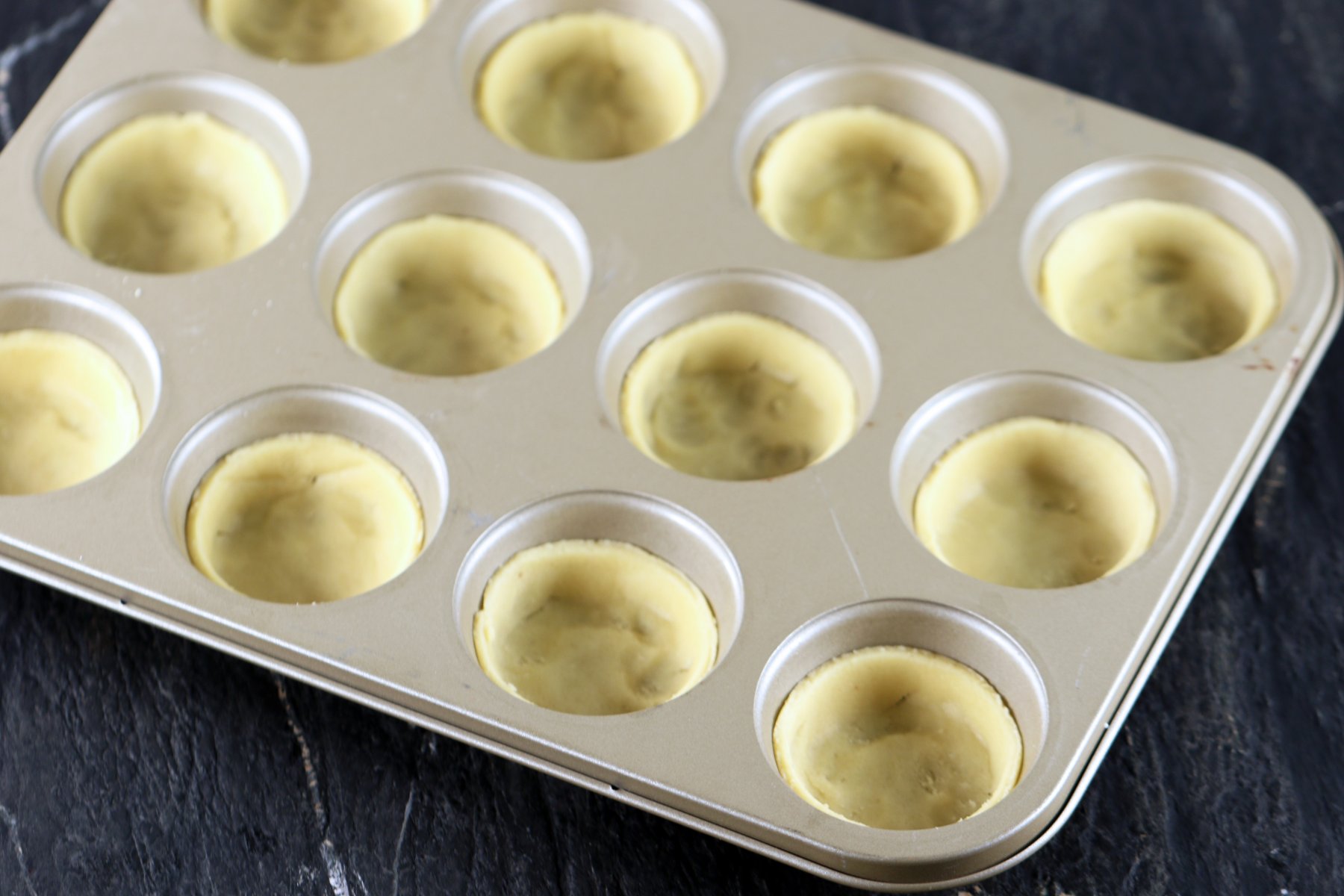 For the mini pies, you’ll use a cupcake pan — nonstick, so the pies come out easily. Cut the rolled-out and firmed-up dough into discs using a pastry cutter approximately the same size as the top of each cup in the pan. This will give you perfectly sized mini pies, 1/2 inch high. Place the dough circles into the cupcake pan cavities and gently press down, making sure there are no cracks. Once you’ve molded all your pastry crusts, bake for five minutes to seal before filling. 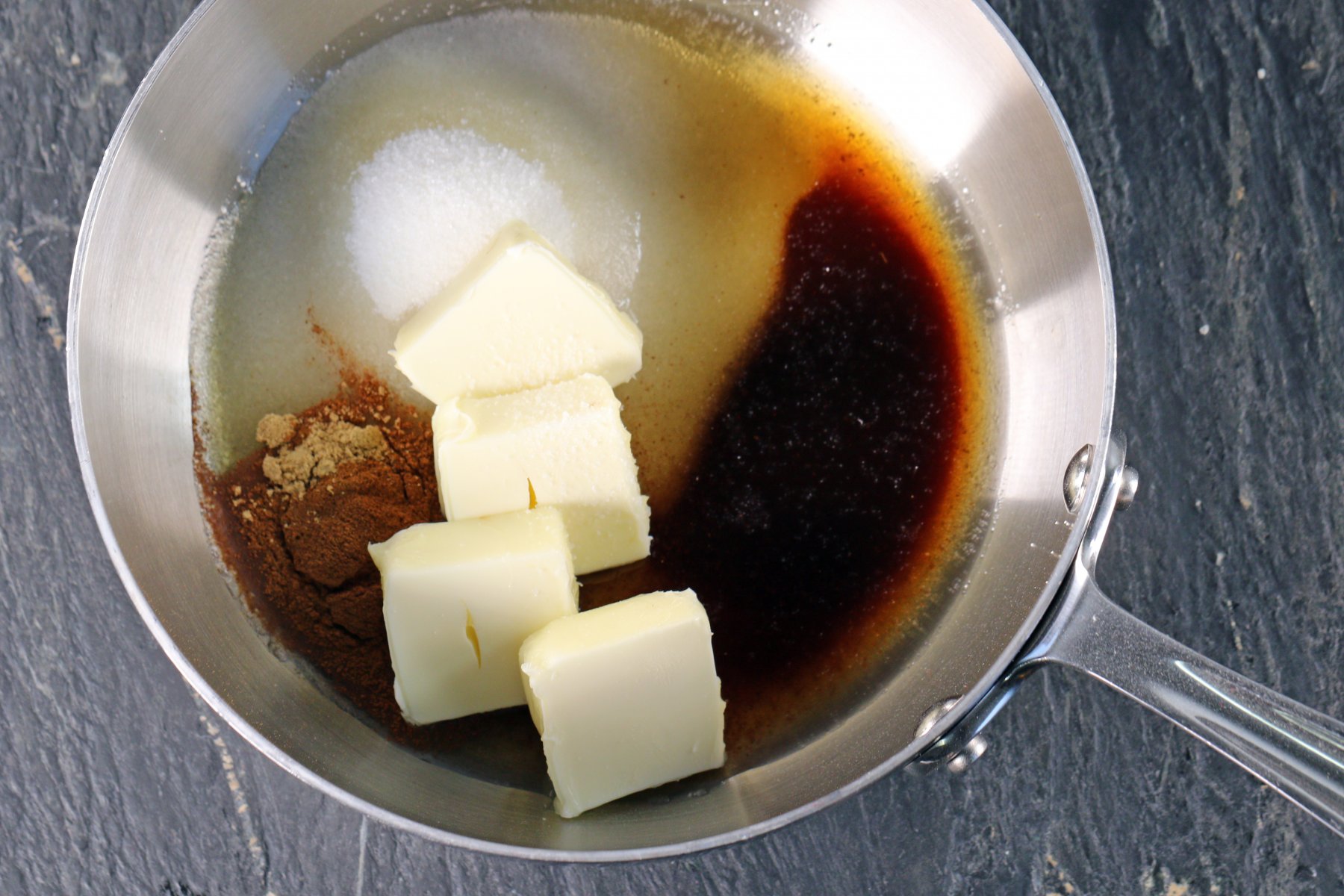 Instead of the traditional, blood sugar-spiking mixture of brown sugar and corn syrup in the filling, this recipe uses a clever combination of low-glycemic sweetener mixed with gelatin, butter, spices and flavoring. When boiled together with a little water, it creates a flavorful low-carb syrup. 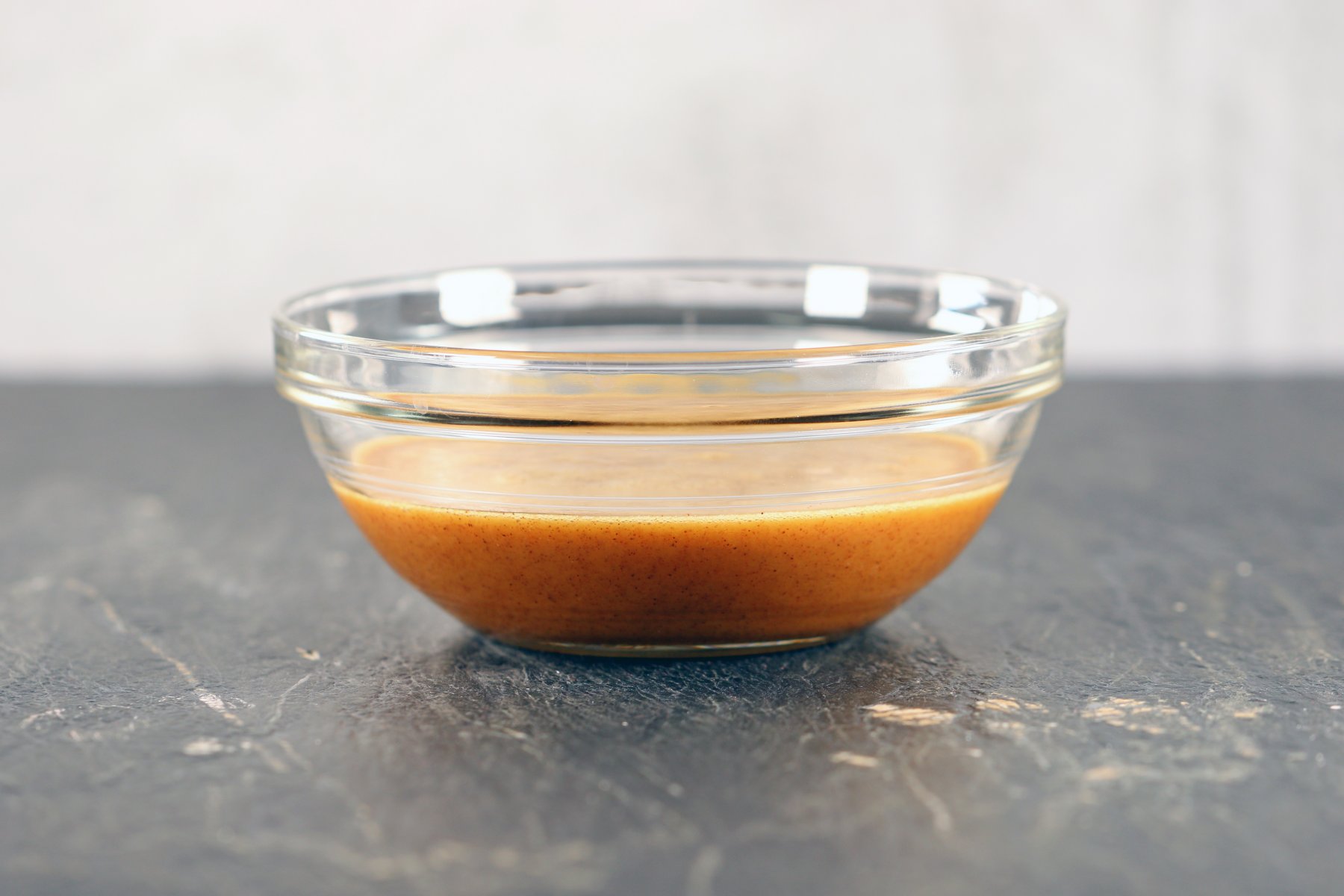 The boiled syrup is then mixed with one whole egg and one egg yolk, which increases the fudgy texture. Instead of mixing the pecans into the filling, they are sprinkled over the top after the filling is added to the pastry crusts.

Being the co-founder of The Sola Company and the initial developer of Sola sweetener, I highly recommend this sugar substitute for sweetening all of your low-carb recipes. I created Sola because of a personal mission as a chef: To make a sweetener that actually worked like sugar in recipes. We created a sweetener that caramelizes and gets sticky, helps cakes rise and brown, and keeps ice cream soft.

Sola sweetener uses ingredients found in nature, measures 1:1 like sugar, and has been clinically tested to show no impact on blood sugar or insulin levels. Sola sweetener is composed of naturally occurring ingredients found in fruits, vegetables, and dairy, and it tastes just like cane sugar but with 75% fewer calories and 0 net carbs. Whether you are using standard cups or grams, simply replace the sugar in any recipe with the same amount of Sola sweetener.

MORE: Get ready to swoon over this keto pumpkin spice churros recipe

What is Sola sweetener made from?

Sola’s ingredients include keto sweetener staples such as:

If you can’t find Sola sweetener, here are some other recommendations: 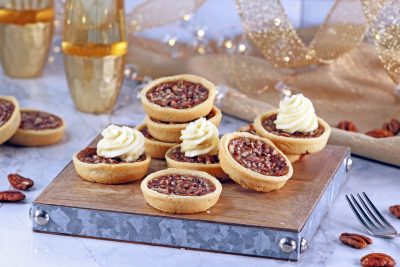 Looking for another low-carb dessert his holiday season? Get our keto blueberry cheesecake recipe below.