The best Halloween memes to share on social media 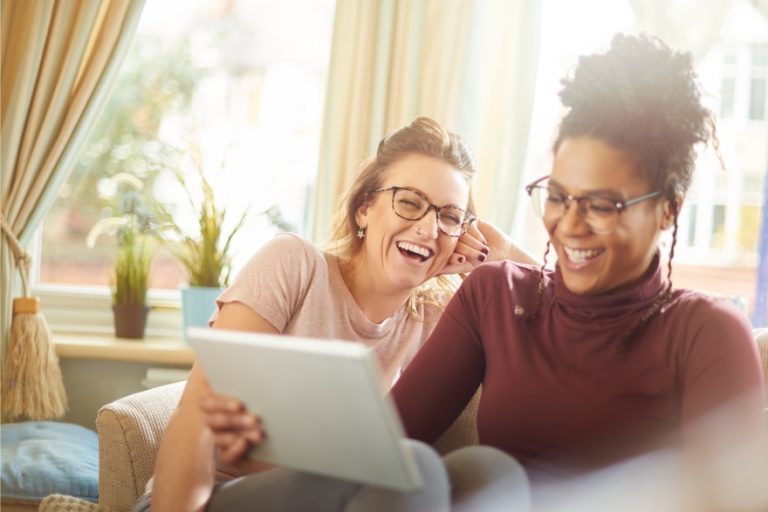 Halloween has so many delightful traditions: amazing costumes, hours of trick-or-treating, haunted houses and, of course, sharing the very best and funniest Halloween memes on social media — definitely ones that are much better and funnier than your friends’ Halloween memes.

Before your find your perfect meme, learn why we think Halloween is the best holiday of all!

Now that you’ve got your spooky Twitter name up and running, your jack-o’-lantern and a bag of mini Kit Kats at your side, it’s time to up your spooky meme game in time for Oct. 31. And don’t worry, we have you covered like a vampire in a coffin (ah-ha-ha-ha!).

Let’s get started. Because once you have the best Halloween memes, you can haunt ’em — er, flaunt ’em.

Don’t be that person who gives out non-candy items on Halloween. Yes, candy isn’t the best thing, but this is a holiday. We don’t want your apples or your dimes or your Halloween pencils or your pumpkin erasers. We are here for candy.

Have you ever really thought about skeletons?

Poor skeletons. They get such a bad rap, but if you think about it, there is one inside of every single one of us. Really, we’re all just skeletons trapped in a normal person’s body. So, maybe be nicer to our skeleton friends this Halloween season.

Because nothing’s scarier than adulting

Yes, the undead are scary. Warlocks and ghouls are also scary. But what about your student loan payment that’s about to come due? What about the thought of spending your entire life with Craig? I mean, Craig’s a wonderful boyfriend, but do you want your kids to look kind of like him? 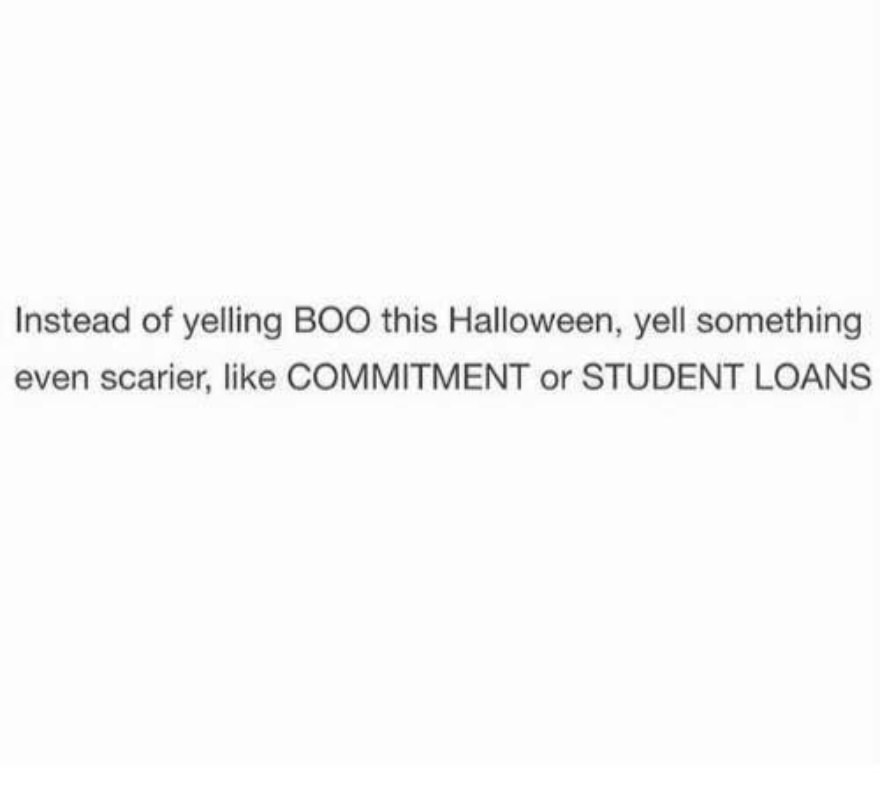 Is this Halloween decoration meant for the bathroom? Or is it a typo? We honestly have no idea, but we also know exactly whose page we’re going to post this on come Oct. 31.

We can’t possibly have Halloween without David S. Pumpkins, whoever he is

Literally the only good thing that has happened in the last two years is the invention of David S. Pumpkins, the Tom Hanks character from the now-classic SNL sketch “Haunted Elevator.” Honestly, we had trouble picking a GIF out of dozens of priceless memes and moments, but this one is one of our favorites.

OK, so this is kind of grim and creepy, but isn’t that what Halloween is all about? Why, yes. Yes, it is. 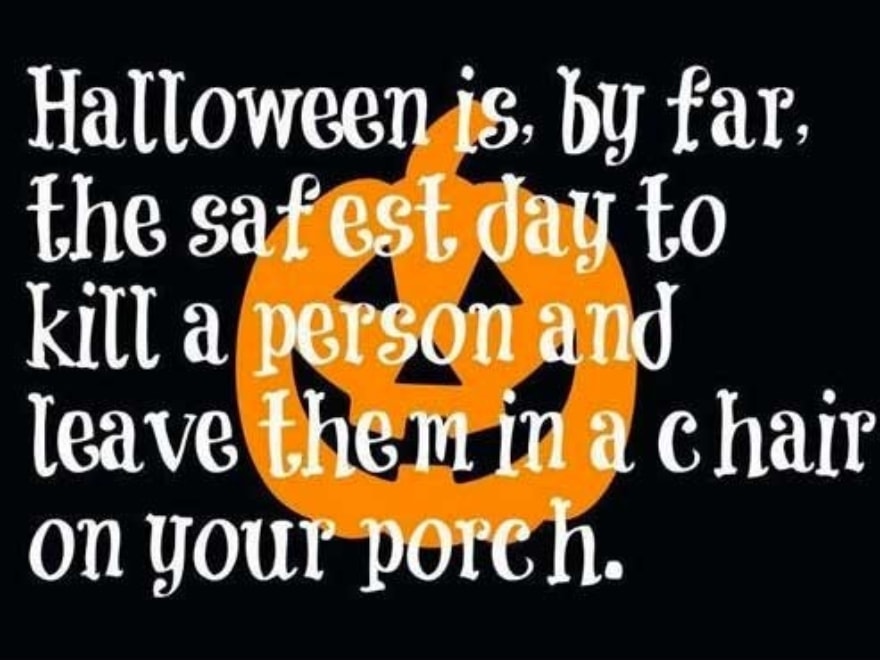 We’ve all felt like this, even if it hasn’t happened to us

Ever since Bridget Jones dressed up as a tart for a theme party where the theme had been canceled, humans have lived in fear of being the person who didn’t quite understand what kind of event they were attending. Like this. 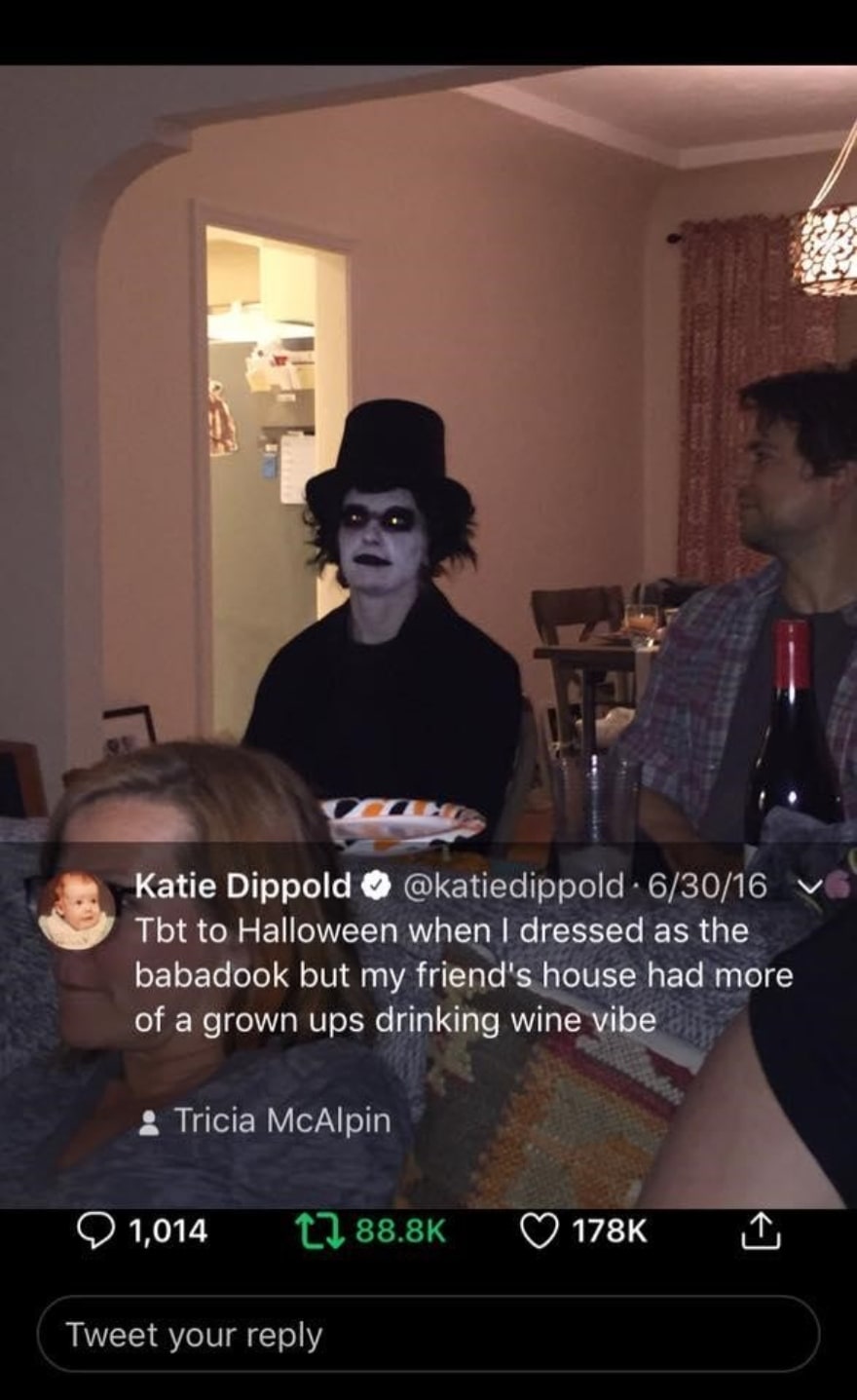 The parents of these children should win some type of award

Not only are these costumes absolutely 100, but the expressions on both their faces are too perfect for words. And the girl’s hair! Add your own Halloween-inspired text to this one and you have Halloween meme gold. 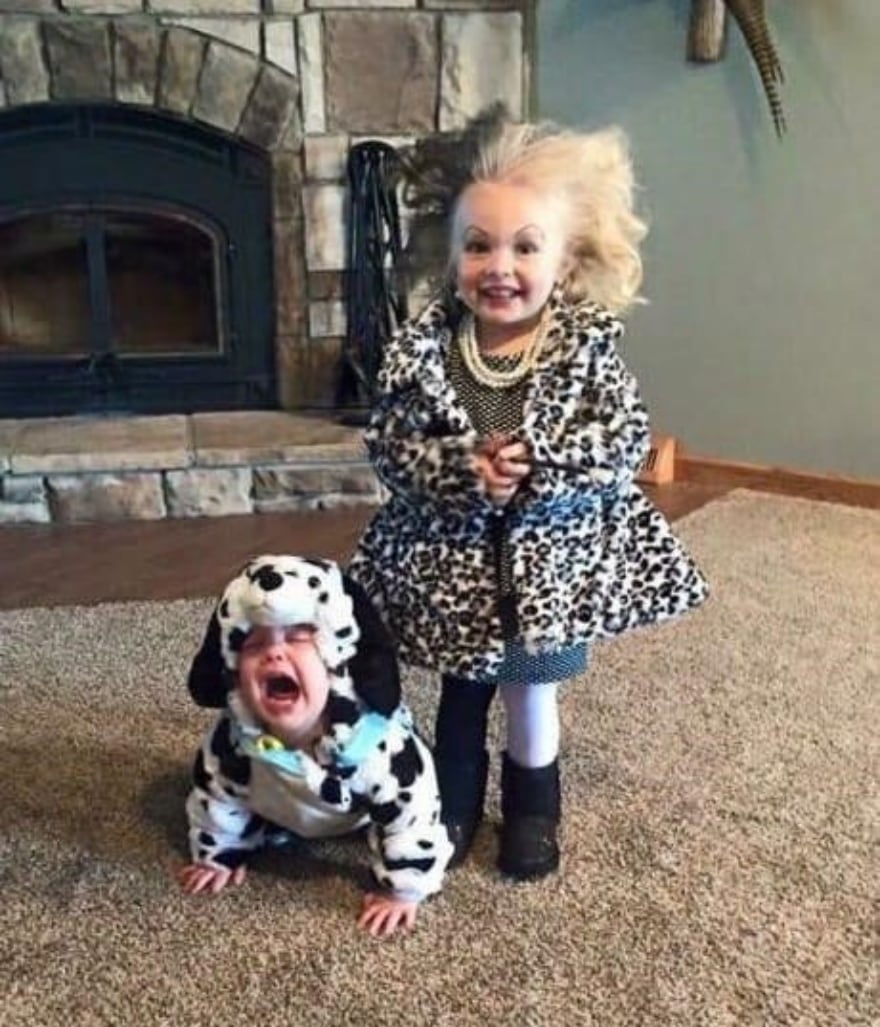 Of course, we need a shout-out to Hocus Pocus

We know that the people who don’t like Halloween are absolutely not reading this post, so we feel totally confident in saying that those people suck. 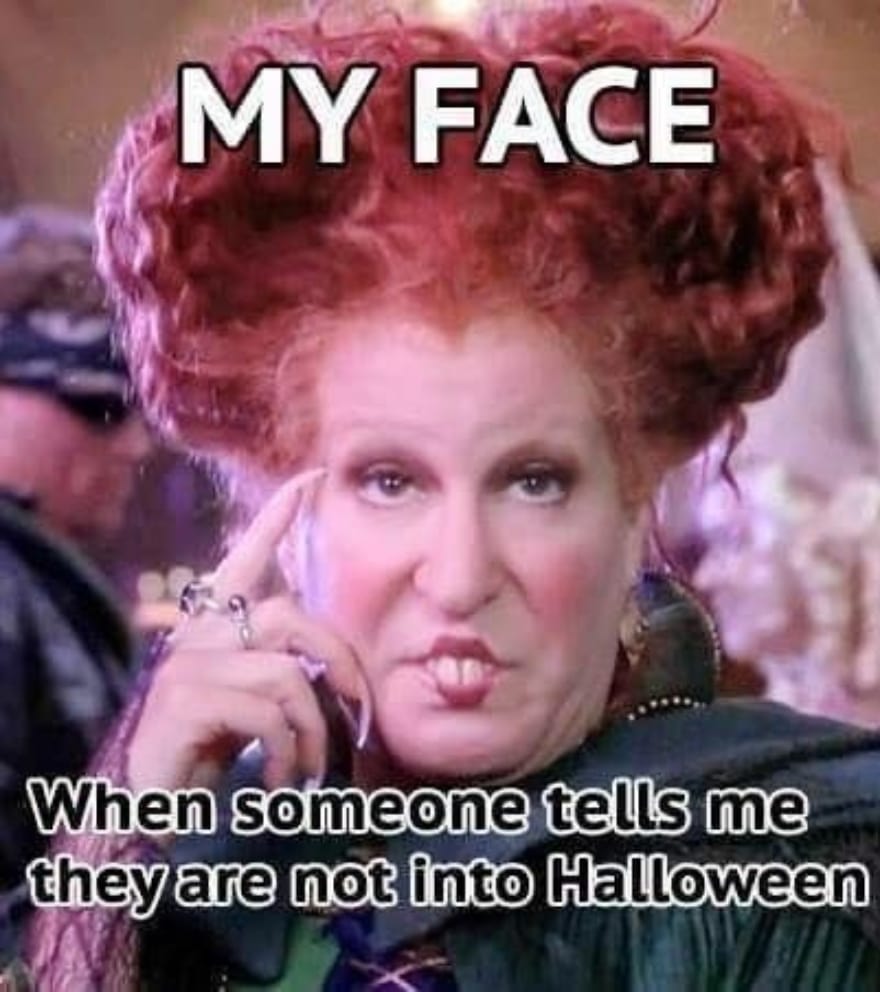 Let’s also mix cultural references to the ‘70s and ‘80s 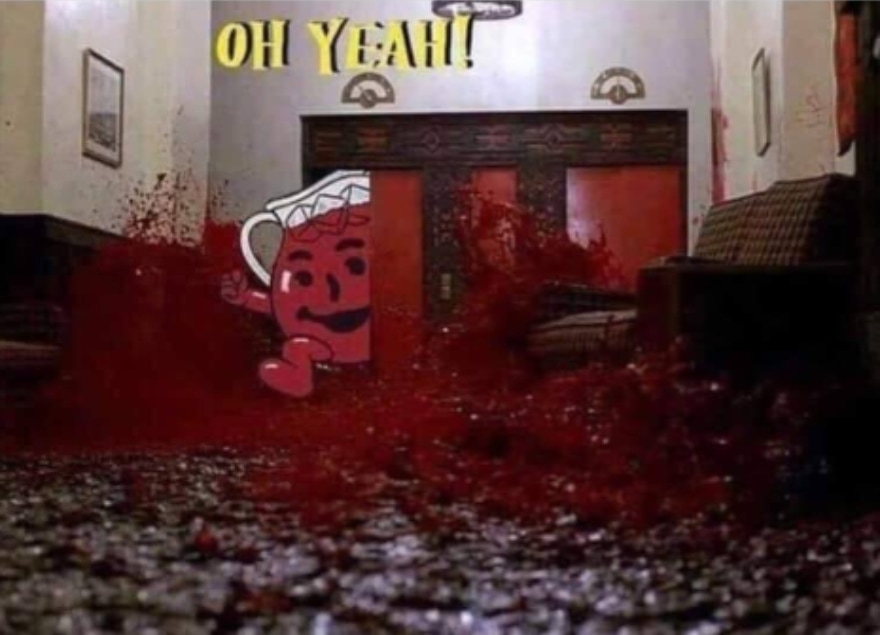 While we’re thinking of it, can a skeleton get bitten by a zombie or a vampire? 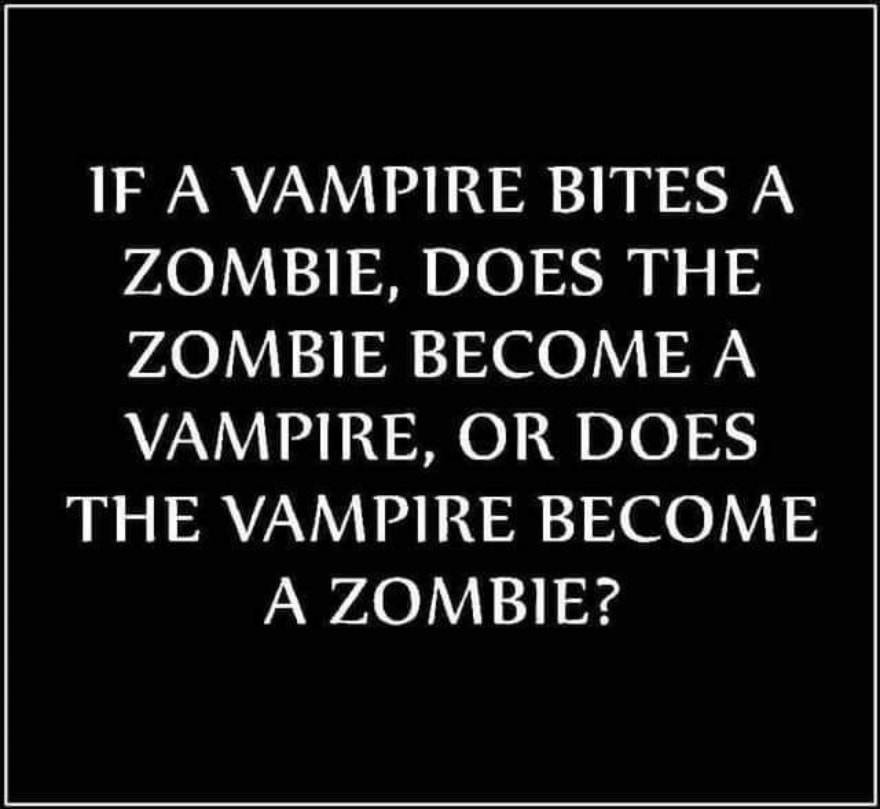 But seriously, though. Let’s think about the feelings of vampires, and what they must go through just to remain undead. 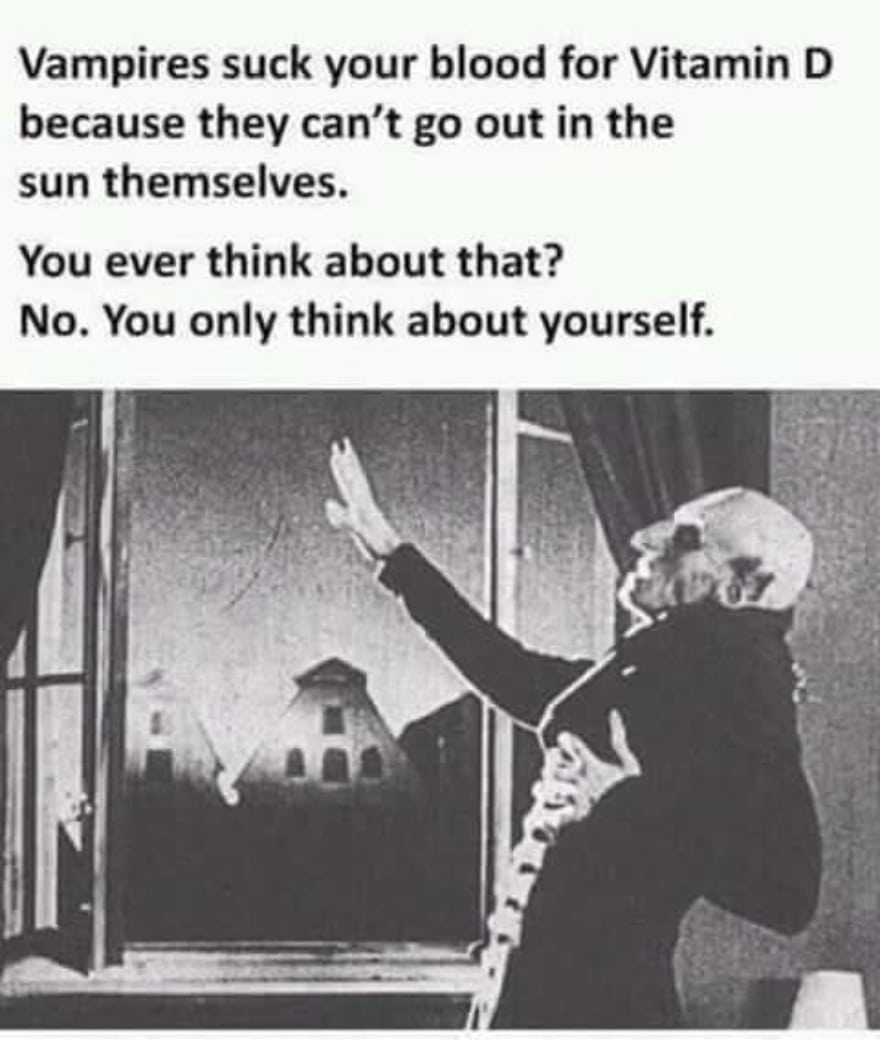 This one will help your friends with their costume ideas 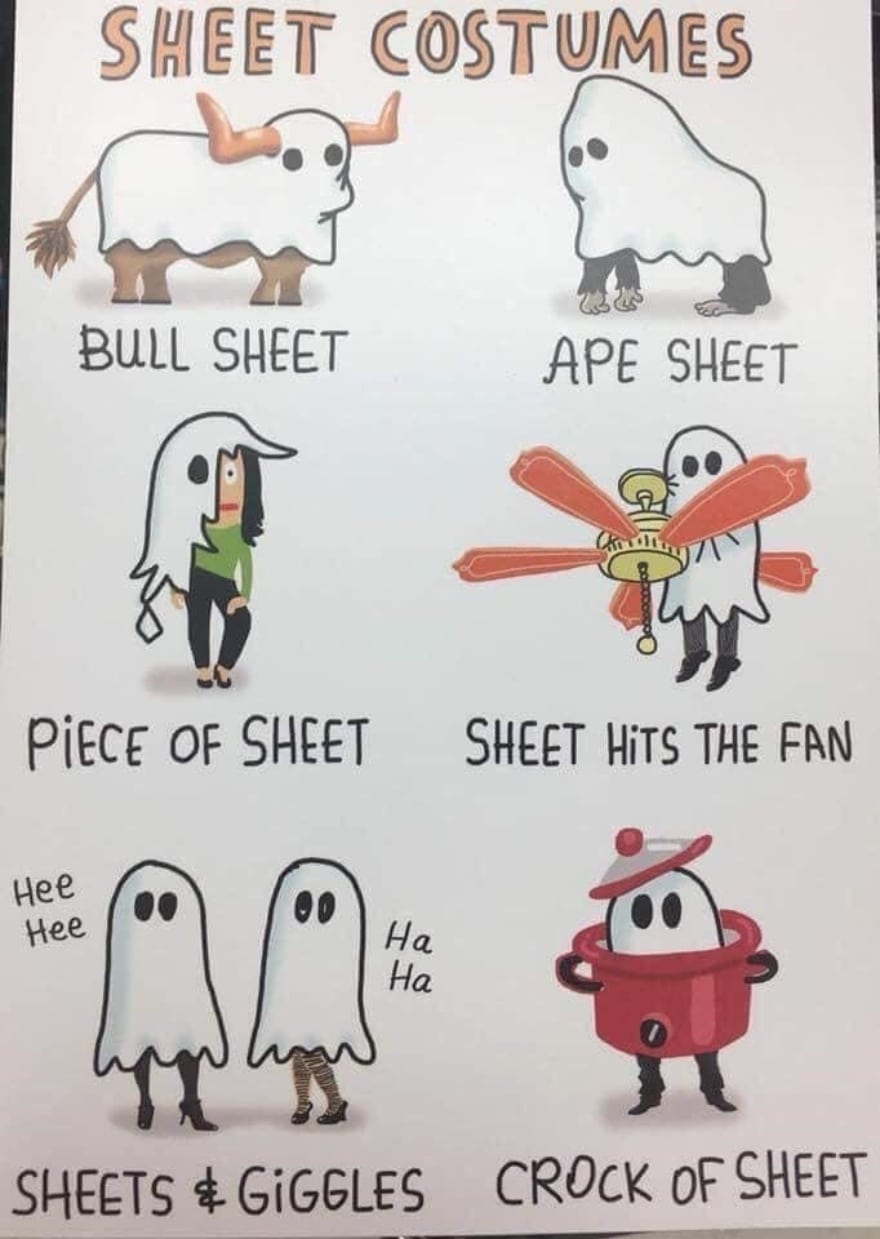 Do you love Halloween, but you’re also a little sassy? Here’s one for your Facebook friend who appears to have the perfect life on social media, but who is falling apart at the seams in the real world.

This one goes out to the doctors and nurses, to those in the service industry, to those on the third shift, to those who have non-traditional jobs and to those who just couldn’t get the night off. We salute you. 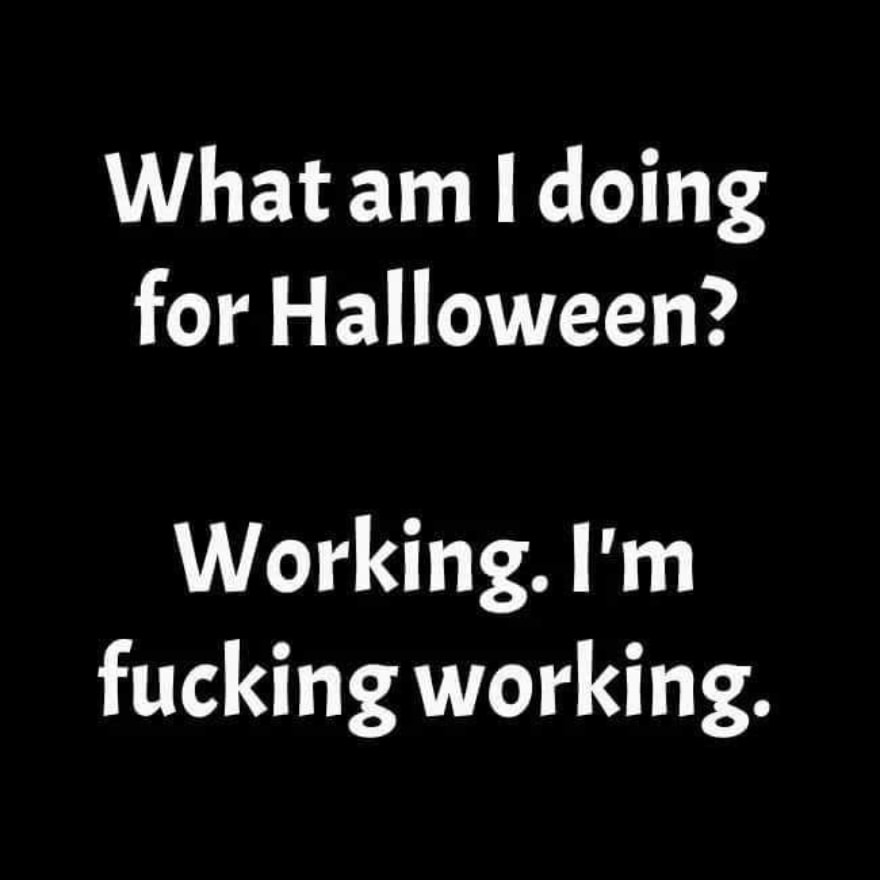 Finally, let us never forget the greatest pumpkin dance and Halloween meme of all time

According to legend, the storied “KXVO Pumpkin Dance” came about after a do-it-yourself newscaster was trying to fill some time after the news. The world, and Halloween, have never been the same since. And we are so glad.