Facts about Halloween and its history you probably never even knew 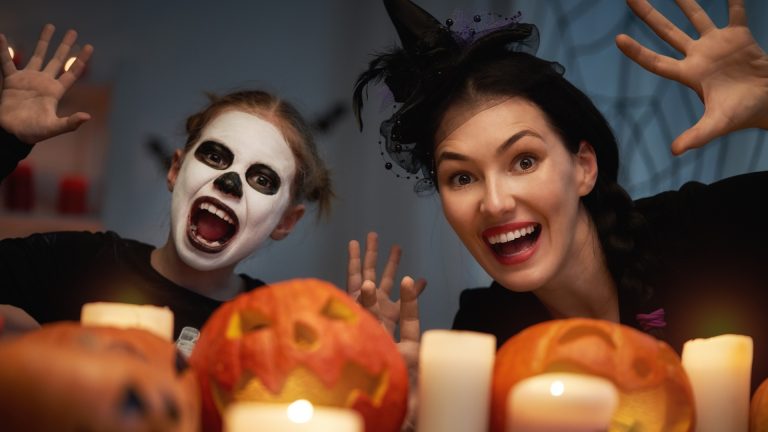 It’s fall, y’all! And that means one of your favorite holidays is right around the bend. Halloween is one of the few celebrations people don’t seem to lose their zest for once they grow up.

But the day holds a lot more meaning than candy and funny costume parties — there is a long history behind Halloween, and it pre-dates anything happening in any church. Here are some interesting facts about Halloween you probably didn’t even know.

Facts about Halloween: The day’s origins

Honoring the natural cycle of death and rebirth is as old as time, and the ancient Celts had their own holiday, called Samhain, around November 1 of each year. It took on a whole new meaning when Christianity began taking over pagan culture.

Eventually, All Souls’ Day (also known as All Hallows’ Day or Hallowmas) took over the role Samhain previously filled.

MORE: What is the origin of the first Thanksgiving?

Facts about Halloween: Costumes and trick-or-treating

Your “sexy” Sherlock Holmes costume may be a modern invention, but people have been dressing up and begging door-to-door for centuries. Ancient Roman records show that tribes donned literal animal heads to connect with spirits, which is way creepy.

In Britain and Ireland, people would go “souling” on Hallowmas, where they would knock on doors asking for food in exchange for prayers for the dead. It was also a common custom to dress up — a practice called mumming — and go door to door dancing for food, kinda like that KXVO dancing pumpkin head dude.

Bobbing for apples isn’t just a super-messy game meant to ruin your makeup. It actually began as a means of fortune-telling. Superstition had it that the first person to rise from the water with an apple in his or her mouth would be the next to marry.

Another legend? On Halloween night, if a young girl peeled an apple in one long strip and threw the peel over her shoulder, then she would be able to see the initial of her future husband’s first name in the shape of the peel on the floor.

You know how hard it is to carve a pumpkin into anything remotely resembling a face? Imagine trying to do that to a turnip. You can blame the Irish for this one.

Irish legend has it that there was a drunk farmer who was such a jerk that, when he died, he was turned away from both heaven and hell. (How bad do you have to be to be turned away from hell?)

Forced to wander purgatory for eternity, Jack — that’s the farmer’s name — made a lantern out of a carved turnip and a lump of burning coal to guide his own lost soul. Each year on Halloween, Irish communities would carve their own turnip lanterns to keep demons, ghouls and Jack’s soul away.

MORE: The other first Thanksgiving, in 1565

When the Irish began hitting American shores, they brought the tradition with them, discovering that pumpkins were a little more user-friendly.

Closely tied to All Souls’ Day and Halloween is Día de los Muertos, or the Day of the Dead. This three-day Mexican celebration honors lost relatives and ancestors on a day when the veil between the living and the dead is thought to be thinnest. Instead of going door to door asking for candy, sweet treats are left on a family altar for the spirits of children to enjoy (grown-up spirits get shots of mezcal and cigarettes).

The Chinese have a similar festival called Teng Chieh, during which they hang lanterns around the streets to help guide spirits back to their homes, burn incense and leave food and water by the portraits of their ancestors.

Call it a mob mentality: Studies show that putting a group of kids together in costumes turns them into little criminals. With their identities hidden, they care less about the consequences of their own actions and are more likely to do things as a group that they would not do if they were by themselves. Another study showed that kids wearing a mask took more candy than kids whose faces could be seen.

First of all, if you are crazy enough to look into a mirror in the dark at midnight on Halloween, you kind of get what you deserve — especially if what you see is the face of your next horror show of a Tinder date. Tradition says that if you do this, you’ll see the face of your future mate. Or a Bloody Mary demon will suck you straight into hell. One of the two.

Do with this Halloween information what you will, but definitely do not break out the Ouija board to ask your local disembodied spirit for any more factoids.