Why I refuse to be busy in a very busy world 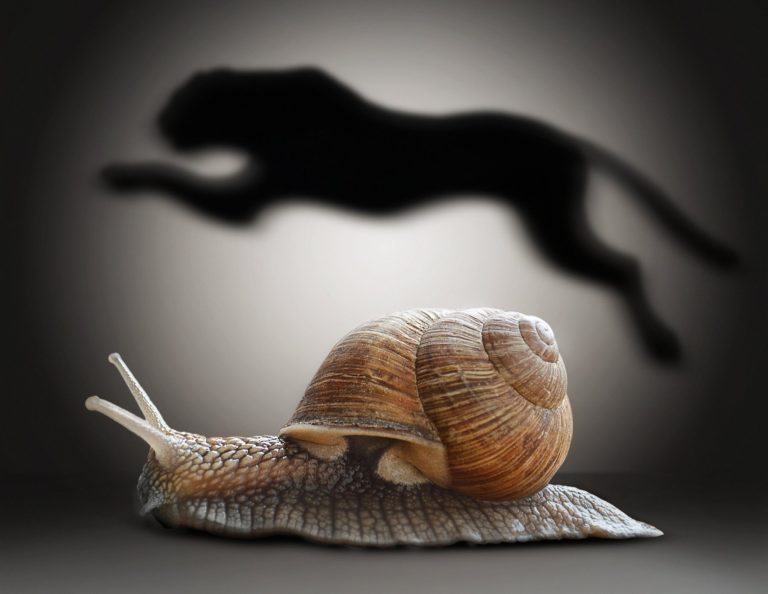 Let’s face it, most people feel a bit frantic these days and will tell you they are too busy, don’t get enough sleep and are stressed out. I am not one of those people. In fact, I’m here to tell you I’m not that busy, and I’m totally OK with it.

During my 20s, I worked as an international breaking news producer at CNN and CNN International. I worked all sorts of weird hours, from days to afternoons, weekends and evenings, and the overnight shift. It was exhausting. Many days I would have two phones up to my ear, with three screens open on my computer. I was knee-deep in the culture of business.

Eventually, I got really, really tired and, toward the end of almost seven years at CNN, I couldn’t even muster the energy to do my dishes, which were piled high in my sink. That’s when I knew something had to change. It became obvious to me that working those hours, at that pace, was not sustainable. The only thing that helped me cope with the stress was daily yoga classes and meditation. I finally quit my job and did something drastic. I moved into a yoga center in the Berkshires called Kripalu Center for Yoga and Health, where I volunteered and spent the next three months recuperating.

In the years since then, I have modified my life in order to not be so busy. Here are a few of the things I do to keep relatively stress-free.

1. I prioritize time over money

When I left my job at CNN, I also left a steady paycheck behind, and for a while I supported myself with savings. Today, I work remotely as a freelancer, making a lot less money than I used to. And I’m OK with that.

In order to be less busy, I had to prioritize my time over everything else, including my salary. It’s a choice I make, knowing full well that every decision has a consequence.

My mom loves to shop and buy a lot of stuff — clothes, furniture, magazines, groceries, you name it. Our house growing up was always beautiful, but she could never find her keys because her purse was so jammed full of receipts, bills, business cards and notes. It takes a toll on someone when they have to spend an extra 15 minutes a day looking for their keys or can’t find important papers. As a result, I’ve gone the other way. I don’t shop much: Most of my clothes are black, and I hold onto things for years. The less you have, the easier and quicker it is to find things. Obviously, there is a reason Marie Kondo is so popular in this country. Collectively, we have too much stuff.

MORE: We tried the top 5 therapy apps & these are the best

In the new gig economy, people have more flexibility to work from home and they have more control over how busy they are. I work from home, or at my favorite coffee shop, which cuts out about two hours of commuting each day. Those 10 extra hours a week allow me to work at a more leisurely pace, and they also make it possible to get to the doctor or do an errand during the week, instead of cramming them all in on Saturday.

I need a lot of sleep. Some people can function on a few hours, but I cannot. That means I wake up later than the average person, and a lot of people assume I’m lazy. But do I care? No, because I’m well rested! And healthy.

Lately, there have been a number of articles about the benefits of waking early, including articles that suggest successful people wake before 4.30 a.m, like Apple’s Tim Cook and Michelle Obama.

But, as reported by The Guardian, research actually shows that getting less than six hours of sleep a night, even for just one week, can start to disrupt hundreds of genes that fight disease and stress. Moreover, people who don’t sleep enough are at greater risk of heart disease, depression, obesity and, not surprisingly, causing car accidents.

Most people need seven to nine hours of sleep nightly. While waking up early sounds like a good idea, it only works if you’re still getting a full night’s rest.

One reason some people over-schedule their time is they don’t want to miss out. I guess I’m lucky that I don’t have FOMO. I’m OK skipping a party, a dinner or a get-together with friends. By the end of the weekend, I’m usually recharged, while my friends with FOMO are a bit worn out.

6. I am OK doing nothing

In addition to getting enough sleep, it’s important to have de-stressors throughout the day — whether that’s watching TV, taking a yoga class or just taking time for yourself. In fact, I am a big proponent of doing things that aren’t that productive. I like to color, write in my journal, chat on the phone with my best friend, and look at travel feeds on Instagram. Although I don’t watch a ton of television, I do have a few favorite shows (hello, Billions and Sweetbitter) and I am not afraid of the occasional binge.

MORE: Why are people forest bathing? Here’s everything you need to know

I know it’s corny, but I really do feel calmer when I get out in nature. I try to walk, especially in the fall, when the leaves are turning golden yellow and shades of red, and it’s not too cold out yet. A recent trip to Walden Pond, outside Boston, helped me reconnect with my breath and remember just how relaxed I feel around any type of water.

Now, you might not be ready to quit your job and live life in the mountains, but incorporating little things into your day like taking a walk, or a full lunch hour, and designated “do nothing time” can actually be the key to slowing down, feeling less overwhelmed, and oh, not so busy. And that’s not just acceptable, it’s healthy.

You might not always be able to get outside, but you can bring the garden to your home. We’ll show you how with our vertical tower gardens video below.