Do you have depression? How to know & what to do 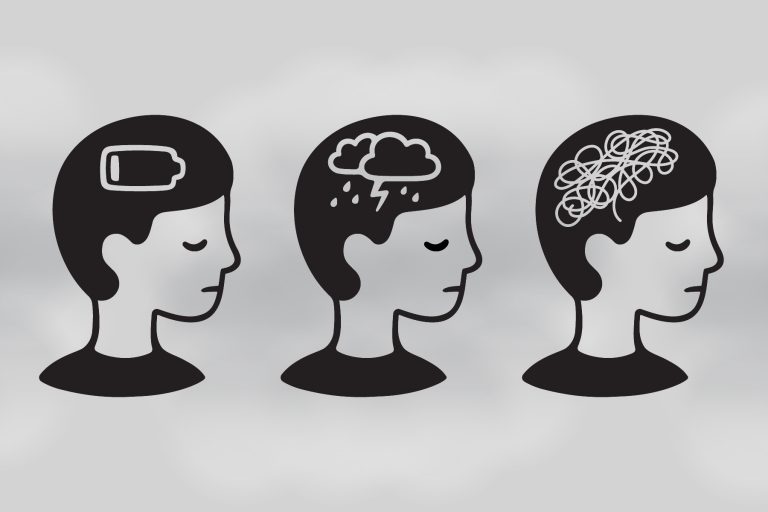 I’m depressed. The phrase can mean very different things, depending on the people who are saying it. To one person, it could refer to a bad weekend or a disheartening round of job rejections. To another, it may describe a debilitating and lifelong struggle with what is considered a mental illness. Have you ever wondered how depression is truly defined in the mental health field, and how you would know if it was really time to get help? Read on.

Depression as a psychological disorder is generally referred to as major depression, with any given instance of it considered a depressive episode. Even if your symptoms are caused by understandably upsetting things, like a bad breakup or the loss of a loved one, it may very well be time to get help if they are significantly affecting your day-to-day life in a negative way. The official criteria for depression technically require the symptoms to have been around pretty consistently for at least two weeks, but the more distress you are in or the darker you feel, the more seriously you should take it — even if it hasn’t been that long. And when you just aren’t feeling like yourself, or seem to not be functioning well at all, it’s time to consider getting help (see below).

Classic symptoms of depression include changes in eating and sleeping patterns, difficulty concentrating and making decisions, and thoughts of worthlessness and hopelessness, which can be particularly dangerous if they are severe, as they can increase suicidal thinking.

Depression almost always involves what we call anhedonia, which means that there is a loss of interest or pleasure in things that would have normally provided some positive feelings. Depression may very well include significant sadness, but it is the lack of ability to feel a spark — some people describe this as a black hole — that is sometimes even more telling.

Though major depression is the main category of depression, not everyone’s depression is caused by the same thing or has the same prognosis. It is important, no matter what type of depression you have, to know that there are solid treatment options available. These include psychotherapy (cognitive behavioral therapy, which looks at reframing your thoughts and changing your behaviors, is the most common) and the possibility of medication. There is also sound evidence that nutrition (especially the Mediterranean diet) and exercise can make a difference. And most recently, mindfulness techniques and a newer type of therapy called acceptance and commitment therapy — which involves relating to your thoughts in a totally different way and getting out of the cycle of fighting them — have shown much promise too. For depression cases that don’t seem to be improving, further options like transcranial magnetic stimulation could be considered.

Sometimes, there are specific characteristics of depression that need special consideration. They are situations such as:

Depression after a loss

Symptoms of depression are very common in the grieving period; it is a very human, understandable reaction when you have lost someone you loved. That doesn’t mean that it can’t benefit from help, however. Grief groups — where you speak with others who understand what you are going through — can be particularly helpful in this case.

Depression after a trauma

Trauma can sometimes bring its own symptomology, like emotional numbness, nightmares and jumpiness, but often depression symptoms are there as well. Care must be taken in the aftermath of trauma, and you may be at particular risk of turning to things to numb your pain, like substances. Seeking out a therapist who specializes in trauma and perhaps uses therapeutic techniques like EMDR or DBT is advisable.

Whether low-level or more severe, depression that follows you for years without abating may be more indicative of neurochemical factors. Especially if therapy and lifestyle changes have been attempted with no results, seeing a specialist like a psychiatrist for a medication consult in this case is a good idea.

Some of us may be specifically wired to have a negative shift in mood in the months where daylight starts to dwindle. People often assume that the winter blues are about the temperature (or the stress of the holidays), but in reality, they have more to do with sunlight. If you suffer from consistent patterns of depression that correspond to the months of fewer daylight hours, you may consider looking into a lightbox, which provides light waves on the same frequencies that you were missing in your natural exposure.

If you or someone you know is having thoughts of suicide, please don’t wait to get help. You can start by visiting The National Suicide Prevention Lifeline, or by calling 1-800-273-8255.