How to reframe perfectionism in a healthy way 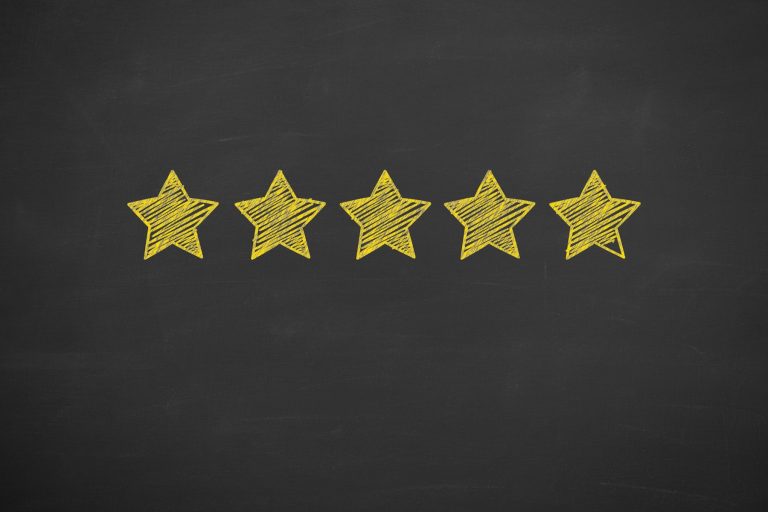 Nobody’s perfect — but that doesn’t stop a growing number of people from trying to be.

Perfectionism is on the rise, especially among millennials and Gen Z. Yes, that includes the casual “perfectionism” of striving for a flawless Instagram grid, but it also includes more pathological forms of perfectionism.

In psychology, pathological perfectionism has been defined as the “unhealthy belief that anything less than perfect is unacceptable” and “an irrational desire to achieve along with being overly critical of oneself and others.”

A 2018 study found that the condition is significantly more prevalent in recent generations. Researchers looked at three types of perfectionism — self-oriented, or an irrational desire to be perfect; socially prescribed, or perceiving excessive expectations from others; and other-oriented, or placing unrealistic standards on others. Between 1989 and 2016, self-oriented perfectionism increased by 10 percent, socially prescribed increased by 33 percent and other-oriented increased by 16 percent.

As appealing as the idea of perfection might be, the downsides are very real. As the Harvard Business Review points out, perfectionists tend to “set inflexible and excessively high standards, to evaluate their behavior overly critically, to hold an all-or-nothing mindset about their performance (‘my work is either perfect or a total failure’), and to believe their self-worth is contingent on performing perfectly.” Multiple studies have documented the negative health effects of perfectionism, which include increased levels of stress, burnout, anxiety, depression, eating disorders and even suicide.

Still, perfectionism isn’t all bad. When applied productively and healthily, perfectionism can drive people to achieve and push them to keep going in the face of adversity, and many of history’s most exceptional artists, scientists and athletes have shown signs of perfectionism.

We talked to experts and dug into the latest research to break down exactly how to reframe perfectionist tendencies to stop the stress without losing the drive that natural perfectionists have at their core.

MORE: Why is everyone talking about adrenal fatigue, and do I have it?

So what sets healthy perfectionism apart from the kind that leads to extreme burnout? It comes down to the two dimensions of perfectionism: perfectionistic striving, which refers to the internal drive to do the best you can at any task you undertake, and perfectionistic concern, which is the feeling of anxiety, worry and even inadequacy that comes when your performance doesn’t measure up to your personal expectations or when you feel you’ve failed to meet someone else’s standards.

Don’t dwell on your mistakes

Self-compassion in the face of so-called failures is a critical first step to reframing perfectionism in a healthy way, and once you’ve mastered it, it’s time to work on another perfectionist problem area: obsessive overthinking.

Perfectionists, in their quest for getting things just right, are prone to rumination — the process of consciously and actively thinking about the same thing for extended periods of time. Rumination itself has been linked to a fourfold increase in the risk of experiencing major depression. For perfectionists, this overthinking tends to involve reliving past mistakes or anxiety about potential future ones.

Dwelling on your own perceived shortcomings and past or potential future mistakes, however is associated with a host of mental health issues, as well as poor sleep quality and problem-solving skills.

Rajshree Patel, author of The Power of Vital Force: Fuel Your Energy, Purpose, and Performance with Ancient Secrets of Breath and Meditation, advocates meditation and mindfulness to combat overthinking. She suggests taking intentional pauses throughout the day if you find yourself struggling with overthinking and rumination.

“Even a 2-minute pause in the middle of the day can turn one’s attention inward and up your level of clarity, agility and efficiency,” Patel explains.

Learn to go hard on your goals, but go easy on yourself

A 2018 study found that the key to balancing out maladaptive perfectionism is self-compassion, which researchers defined as “being open to and moved by one’s own suffering, experiencing feelings of caring and kindness toward oneself, taking an understanding, nonjudgmental attitude toward one’s inadequacies and failures, and recognizing that one’s own experience is part of the common human experience.”

In other words? Strive for the best, but go easy on yourself when you fall a little short. Negative self-talk is characteristic of maladaptive perfectionism, and the research shows that actively replacing the self-berating monologue in your head with some active compassion and kindness can go a long way toward breaking you free of the self-deprecation cycle and letting you bounce back to take another shot at your lofty goals instead of spiraling into anxiety or depression while beating yourself up about the “failure” you just faced.

Patel says practicing “the art of so what” — actually asking yourself “so what?” when you catch yourself in a negative spiral about some “failure” of perfectionism — can be a useful tool for interrupting these thoughts and making mental space to switch gears into active self-compassion.

“It rewires the brain to let go of the noise,” she explains. “Tell yourself the sky will not fall down. [Asking yourself] ‘so what?’ changes the direction of your emotions and thinking.”

MORE: Why I refuse to be busy in a very busy world

Try to trust your gut

Perfectionists don’t just want to do the best they can when they’ve chosen a course of action, they also want to make sure they choose the best course of action to begin with. This means that perfectionists often suffer from decision paralysis, so worried about making the optimal choice that they end up unable to make any choice at all.

One of the best things perfectionists can do is cultivate their own sense of intuition — that gut feeling that guides decision-making.

Jill Sylvester, a licensed mental health counselor, wellness coach and author of Trust Your Intuition: 100 Ways to Transform Anxiety and Depression for Stronger Mental Health, says that intuition is like a muscle that has to be used and strengthened. As such, she recommends starting small when developing it.

“Focus on day-to-day decisions, such as food choice or minor requests you’ve received,” she says. “Check in with yourself about what you really feel is best.”

As for how to know what you really feel is best, Sylvester says it’s about checking in on the actual physical sensations that accompany thinking about a decision.

“Do you feel expanded, open and relaxed at the prospect of doing something, or tight, agitated and restricted?” she says. “The latter points to saying no.”

Learn to separate “good” from “perfect”

The perfectionist trap is the misguided notion that failing to be perfect is the same as actual failure. When this mindset takes hold, people often switch from seeking excellence to merely avoiding failure. Maintaining the resilience necessary to keep pushing in the face of setbacks and exhibiting the flexibility required to be an adaptive perfectionist requires actively reminding yourself that “perfect” isn’t a requirement for “good” — or even for “great.”

Productivity expert and coach Tonya Dalton, author of The Joy of Missing Out: Live More by Doing Less, recommends putting yourself in a childlike mindset to fight back against this particular maladaptive thought process. Dalton says you need to think back to how you saw yourself before outside judgments (real or imagined) started to color how you saw yourself and your talents.

Later though, for many people — and for perfectionists, in particular — that changes.

“It’s like if you’re not the best at something, then you’re not good at it,” she says. “It’s the Talladega Nights mindset — if you’re not first, you’re last. We think if we’re not at the top, then we’re terrible, we’re failing. We undervalue good and happy in our pursuit of best and perfect. But perfection doesn’t exist.”

Perfectionism, like so many things in life, has two sides. Living life as a healthy perfectionist is all about honing the traits that make for positive perfectionism, while learning to spot and avoid the potential pitfalls.

Enjoy the mess and you might just create something extraordinary. Check out our video with creator Ray Villafane.