How did boxes of chocolate become a Valentine’s Day tradition? 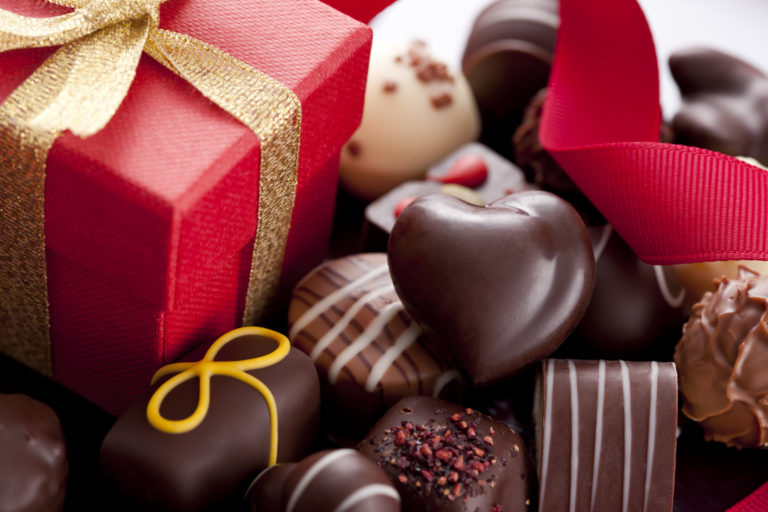 Gifts are big business on Valentine’s Day. After all, it’s the day you profess or reconfirm your love for the most special person in your life. Lots of gifts are popular on this lovers’ holiday, such as jewelry, stuffed animals, romantic dinners and massages. But one gift item is the most associated with the holiday and is given by everyone, young and old — a box of chocolates.

How did this long-standing tradition begin? Why chocolate? And how come they’re delivered in a red heart-shaped box on Valentine’s Day?

From the time of the Aztecs, chocolate has been known as an aphrodisiac. During Hernán Cortés’s conquest of Mexico, he saw the Aztec emperor served gold cups with a certain drink made of cacao, which they said was for success with a woman. The Spaniard drank some of the cacao and it quickly became popular in Spain. The delicious bean’s popularity spread across Europe and became referred to as “the elixir of love.” Chocolate was still very expensive, though, and not something enjoyed by all.

MORE: Where did “cupid” come from and why does he shoot arrows?

The first chocolate bar was created in 1847. British chocolate maker J. S. Fry & Sons combined cacao, sugar and cacao butter, poured it into a mold and made the first candy bar. Richard Cadbury took the concept even further, finding a way to make the chocolate bar more economical and tasty. Until then, chocolate had been very expensive, and so it was only available to the upper class. Next, Cadbury created beautiful boxes adorned with cupids and roses on them, which were very popular in the Victorian era. It was Cadbury who also came up with the heart-shaped box, which would become one of the most common gifts given on Valentine’s Day. Many folks would save the boxes and store letters or treasures in them, and they became a keepsake of the special day.

MORE: Why do we exchange cards on Valentine’s Day?

Turn of the century in America

Valentine’s Day was really gaining popularity in America at the turn of the century. With the affordable and easy access to gifts like mass-produced greeting cards and heart-shaped boxes of chocolates, the holiday was something everyone could buy into. It was also an ideal time of year for new businesses and products to pop up. A lot of money was to be made on this holiday. Other chocolate makers, such as Milton Hershey and Russell Stover, began evolving their products, making more elaborate boxes and shapes of chocolates. A new industry was born.

There’s no denying that chocolate and Valentine’s Day go hand in hand. Little children even get and receive small heart-shaped boxes of chocolate for the occasion. Boxes of chocolates are available in all varieties and levels of fancy. Chocolate has certainly had a long and fascinating evolution, and it only continues to grow in popularity.