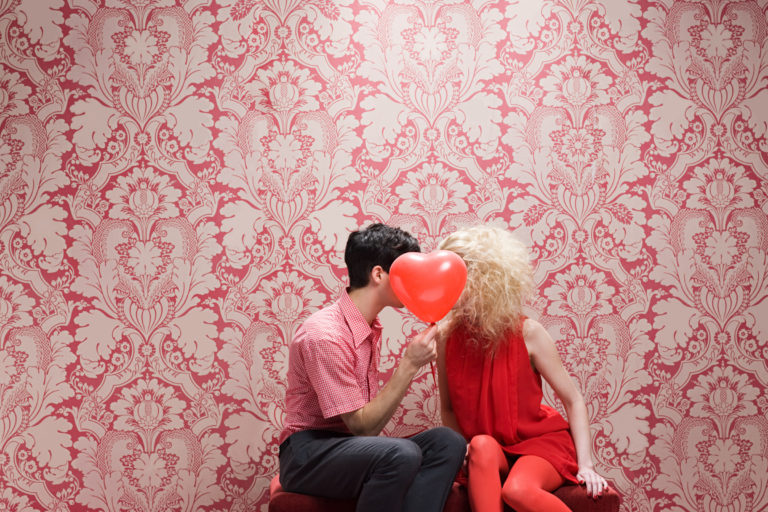 Every Valentine’s Day, we find ourselves repeating old habits that are, frankly, a little weird. Yes, giving red roses to a beloved person is an iconic V-Day activity, but why that shade, and why that flower? Let’s take a look at how our Valentine’s Day habits began as we make plans to gift chocolate and order a bouquet of red roses.

As mentioned above, red roses are a classic symbol of romantic love, and they’re a very popular item to give to a beloved on Valentine’s Day. But why? For starters, consider the name of the rose itself — in many languages, particularly romance languages, the word “rose” means pink. Also, in ancient Greece, the rose was associated with the goddess of love, Aphrodite. Does it get any more romantic than that?

MORE: Why do we exchange cards on Valentine’s Day?

Chocolates are another extremely popular gift that are often exchanged on Valentine’s Day. Yes, it’s delightful, but what is its history? Chocolate comes from the cacao bean, and its earliest renditions in early Mesoamerica were not exactly sweet — but the beans themselves were valued as a luxury item. Once chocolate made its way to Europe and became solid (instead of in the form of the chocolate drink everyone loved before then), well, the rest is history, especially once it was placed in heart-shaped boxes.

As it turns out, men spend more money than women when Valentine’s Day comes around — husbands spend around over 70 percent more than their wives do, in fact. Does that mean they’re more romantic? Not necessarily. It may be that the guys just want to wow their beloved with expensive jewelry, or perhaps cultural expectations are so high that they feel they need to.

ALSO TRY: How did boxes of chocolate become a Valentine’s Day tradition?

If we took the time to carefully draw a heart the way they actually look inside the human body, well, not only would they look far different, but it’d be a heck of a lot harder. Apparently, the heart symbol we’re familiar with today dates back to at least the 1400s, when it first started appearing on playing cards in Europe to mark one of the red suits. As far as it being associated with love, however, that story is a little murkier. One theory is that a now-extinct African plant called silphium was used as both a seasoning and a contraceptive, and its seedpod looked like a traditional V-Day heart. The shape may have been associated with sex at first, and then finally love.

Red is the traditional color of Valentine’s Day, of course, but why? Turns out, it has complex symbolic and cultural associations, including sin and guilt, but also passion and sex. While in Roman Catholicism, red represents one of the seven deadly sins (wrath), its association with love and beauty is probably due to the use of red roses as a love symbol.

While Valentine’s Day is a day full of traditions that we take part in not knowing exactly why, it turns out that there are plenty of stories throughout history and literature that help explain some of our favorite V-Day customs.