Why do we exchange cards on Valentine’s Day? 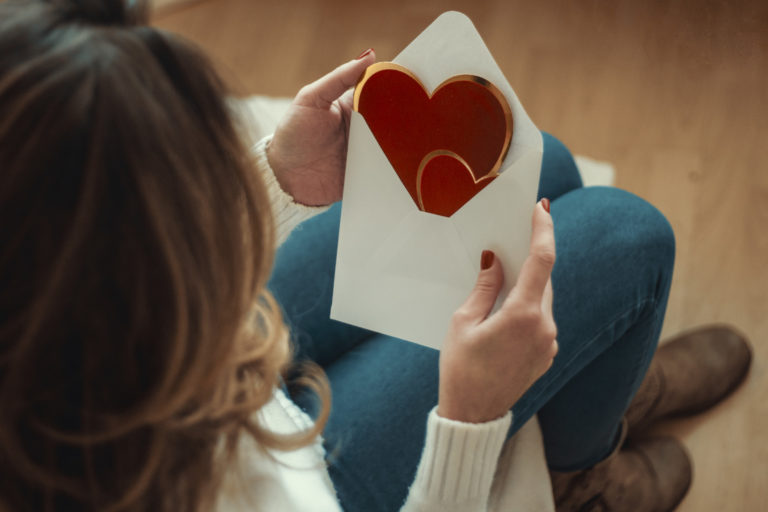 Who doesn’t love receiving a handwritten card any time of the year? No one. That’s who! Handwritten cards are such a treat. They are a personal touch in a world of impersonal technology. They let you know someone was thinking about you and took time out of their day just for you.

Valentine’s Day is known for exchanging cards. It is part of the tradition for young to old. In grade school, it’s the one holiday kids actually bring “Valentines” for each other and pass them out. It’s quite the occasion in school to give and receive handwritten cards. Adults buy so many gifts and greeting cards for each other on Valentine’s Day that the holiday generated over $19 billion in 2018. Approximately 150 million Valentine’s Day cards are exchanged each year, second only to Christmas in the card-exchanging arena.

ALSO TRY: Valentine’s Day traditions that have been loved and celebrated for centuries

Cards can range from pre-printed mass-produced cards, to handmade ones constructed from colored paper, hearts, ribbon and lace. There is a wide variety to choose from when sending cards, but one thing is certain, there is a long history of card exchanging for this lovers’ holiday.

ALSO TRY: Where did “cupid” come from and why does he shoot arrows?

Valentine’s Day was originally a celebration to honor a Christian saint known as Valentine. Apparently, there were several saints either named Valentine or Valentinus, so it is unclear exactly which saint is celebrated. However, several popular legends indicate that it may be one saint in particular.

Legend has it there was a priest named Valentine who served during the third century in Rome. When Emperor Claudius II needed more young men to serve in his army at that time, he decided that single men made better soldiers than ones with wives and families. Thus, the emperor outlawed marriage. St. Valentine saw this as a great injustice and decided to marry the young lovers in secret. As a result, St. Valentine was sentenced to death. But before his beheading, on Feb. 14, it is said that he sent a letter to the jailer’s daughter, with whom he had fallen in love. The handwritten letter was signed “Your Valentine.” Hence the popular saying we all associate with the holiday, “Will you be my Valentine?” To this day, most Valentines contain this long-used phrase.

Valentines were popular as far back as the Middle Ages, but the concept really took off in America in the early 1700s when people began exchanging handmade cards regularly for the holiday. The holiday took a mass-produced turn in the 1840s when cards began to be made on a larger scale. Esther A. Howland, a Massachusetts-based printer and artist, was known as “the mother of the Valentine,” making elaborately designed cards with real lace, ribbon and colorful designs to be sold commercially.

A holiday with a long history of spreading love, it’s hard not to enjoy the day. Whether you hand-make your cards or buy them at the store, you are sure to make someone’s day by sending a card. They can be casual and fun or romantic declarations of your love. It’s the thought that counts!