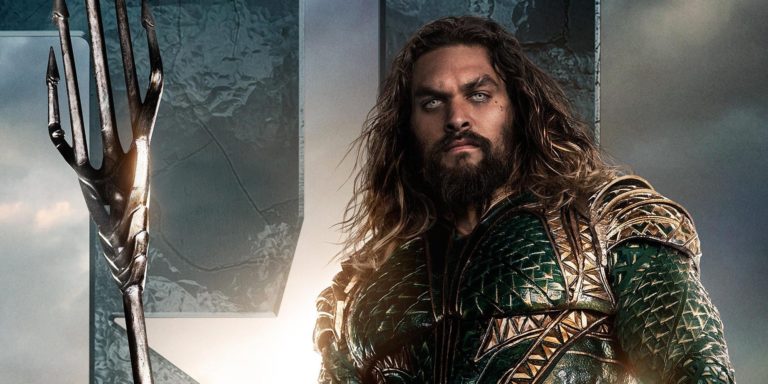 In the mood for love but not in the mood to stay home on Valentine’s Day? Head to the nearest theater and watch one of these movies with your date on the day of love.

Let puppy love give you and your date the warm, furry fuzzies with this adventure film about a dog named Bella and her owner Lucas. The two get separated and Bella goes on a determined 400-mile journey to find Lucas. Along the way, she touches the lives of others. This is a sweet movie that will melt your heart.

A couple who laughs together stays together. The Upside is a comedy-drama that stars Bryan Cranston as Phillip Lacasse, a paralyzed billionaire, who strikes up an unlikely friendship with Kevin Hart, who plays Dell Scott, a struggling parolee who Lacasse hires as a caretaker. Their friendship teaches them both about living life to the fullest.

Put a little sci-fi and fantasy into your evening with this movie based on the DC Comics character Aquaman. In this mystical movie, Aquaman finds himself caught between a surface world that ravages the sea and the Atlanteans, who are in the underworld and are preparing a revolt. Jason Momoa plays Arthur Curry — aka Aquaman — and Amber Heard plays Mera, his love interest.

Let the drama in your relationship be on the big screen. On the Basis of Sex is a true story drama about Supreme Court Justice Ruth Bader Ginsburg (Felicity Jones) as a young lawyer who teams up with her husband, Martin (Armie Hammer), to bring a groundbreaking case about gender discrimination before the U.S. Court of Appeals. This is an inspiring biographical film that was released on Justice Ginsburg’s 25th anniversary on the Supreme Court.

If horror movies make you and your mate jump into each other’s arms, go see Escape Room. This bone-chilling film depicts six strangers with vastly different backgrounds who are sent to a series of escape rooms that end up having deadly consequences.

Who doesn’t love watching superhero movies with an outstanding cast? Glass is a superhero thriller from M. Night Shyamalan about security guard David Dunn (Bruce Willis), also known as The Overseer, who uses his supernatural abilities to track down a highly disturbed and mentally sick man Kevin Wendell Crumb (James McAvoy). Samuel L. Jackson stars as Mr. Glass, a pivotal character who holds secrets that are critical for both men.

If action thrillers are your thing, Miss Bala is the seat-gripping movie for you! It is about a young makeup artist from Los Angeles named Gloria (Gina Rodriguez) who visits her friend Suzu (Cristina Rodlo) in Tijuana, Mexico. Suzu disappears and Gloria goes on a quest to find her friend. Gloria gets kidnapped and forced to smuggle drugs across the border. She realizes that to survive her dangerous situation and find her friend, she has to be cunning, courageous and strong.

This action-packed film stars Liam Neeson as Nelson Coxman, a quiet snowplow driver who sets out to find the drug lords who murdered his son. Set in the Rocky Mountains, the cold snow and the plot of this movie will have you and your date clinging to each other in suspense.

Though the title of this film can suggest something racy, this movie is a fantasy comedy about a woman who can read men’s thoughts. Ali Davis (Taraji P. Henson) is a successful sports agent who gets passed up for a promotion because she is a woman. She drinks a shaman’s concoction and begins to read men’s minds. With her new power, she sets out to sign the next basketball superstar but realizes that she may lose friendships and romance along the way.