The other first Thanksgiving, in 1565 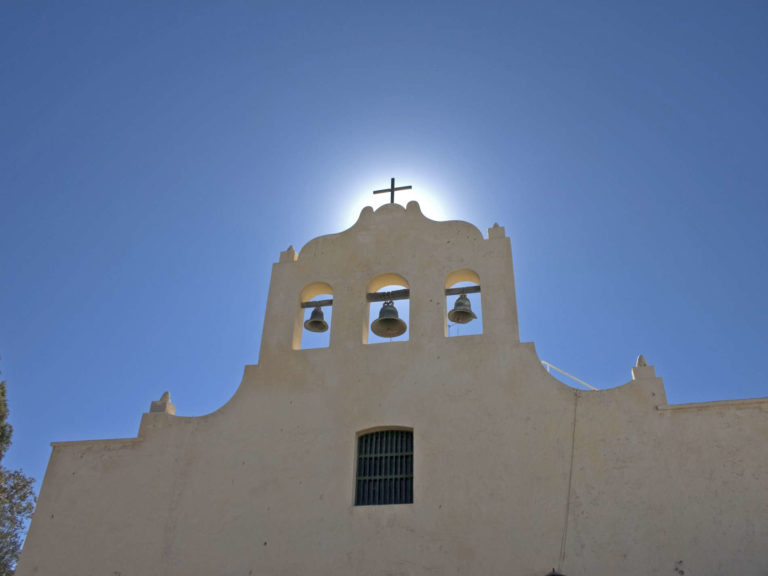 On September 8, 1565, Pedro Menéndez de Avilés and 800 Spanish settlers founded the settlement of St. Augustine in La Florida (the Spanish territory of Florida).

As soon as the settlers were ashore, the landing party celebrated a Mass of Thanksgiving. Afterward, Menéndez laid out a meal, to which he invited the native Seloy tribe who occupied the site.

The celebrant of the Mass was St. Augustine’s first pastor, Father Francisco Lopez de Mendoza Grajales, and the feast day in the church calendar was that of the Nativity of the Blessed Virgin Mary. What exactly the Seloy natives thought of those strange liturgical proceedings we do not know, except that, in his personal chronicle, Father Lopez wrote that “the Indians imitated all they saw done.”

What did they eat for the first Thanksgiving feast?

What was the meal that followed? From our knowledge of what the Spaniards had onboard their five ships, we can surmise that it was cocido, a stew made from salted pork and garbanzo beans, laced with garlic seasoning, and accompanied by hard sea biscuits and red wine.

If it happened that the Seloy contributed to the meal from their own food stores, fresh or smoked, then the menu could have also included turkey, venison, and gopher tortoise; seafood such as mullet, drum, and sea catfish; maize (corn), beans and squash.

This was the first community act of religion and thanksgiving in the first permanent [European] settlement in North America. It took place just 300 yards north of the Castillo de San Marcos, at what is now the Mission of Nombre de Dios. This event is commemorated today by a 250-foot cross which stands on the original landing site.

The Thanksgiving at St. Augustine was celebrated 56 years before the Puritan-Pilgrim thanksgiving at Plymouth Plantation (Massachusetts), but it did not become the origin of a national annual tradition.

During the 18th century, British forces won out over those of Spain and France for mastery over the continent. Thus, British observances — such as the annual reenactment of the Pilgrims’ harvest festival in 1621 — became a national practice. After the United States became an independent country, Congress recommended one yearly day of thanksgiving for the whole nation to celebrate. George Washington suggested the date: November 26.

In 1863, during the bitter struggle of America’s Civil War, President Abraham Lincoln established the last Thursday in November as a National Day of Thanksgiving, making it a national holiday. The President urged prayers in churches and in homes calling on the “whole American people” wherever they lived to unite “with one heart and one voice” in observing a special day of Thanksgiving, and to “implore the interposition of the almighty to heal the wounds of the nation and to restore it… to full enjoyment of peace, harmony, tranquility and union.”