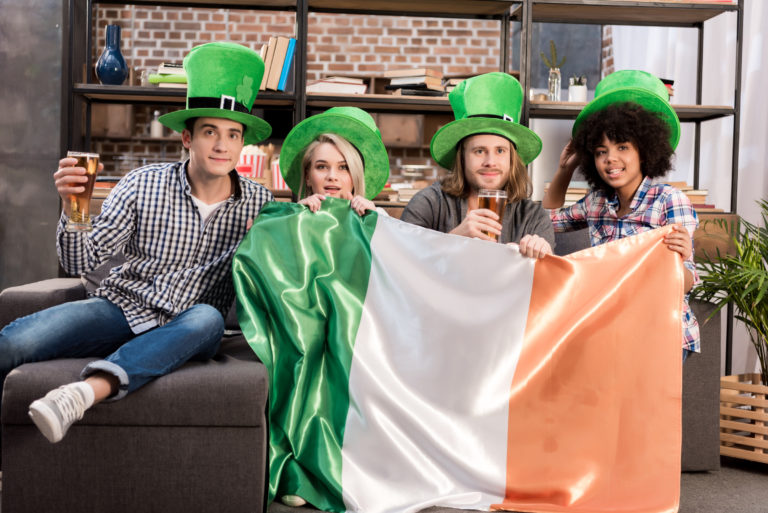 St. Patrick’s Day is synonymous with green beer, the shamrock and leprechauns — what’s not to love? But what is the origin of these fun traditions and symbols?

The first St. Patrick’s Day parade was held in New York in 1762. The holiday gained widespread popularity in the 19th century, when the population of Irish immigrants increased dramatically in America. While the holiday does pay homage to St. Patrick, it’s also about celebrating Irish unity and culture, which explains the incorporation of Irish symbols.

Shamrocks, or clovers, are used as St. Patrick’s Day decor to celebrate the day. Originally, the Celts called the shamrock the “seamroy.” The ancient plant symbolized the rebirth of spring. As the English rule began to take over in Ireland, the shamrock became a symbol of Irish heritage. The Irish wore the shamrock to display their pride and their displeasure with the English rule.

MORE: Why do you get pinched if you’re not wearing green on St. Patrick’s Day?

Nowadays, the green leaf is virtually synonymous with St. Patrick’s Day and all that is Irish. The shamrock adorns hats, shirts, streamers and decorations of all sorts to add to the festivities of the day.

This little guy has his roots in Irish folklore. The original Irish name for the leprechaun was “lobaircin,” meaning “small-bodied fellow.” In Celtic folklore, these guys were known for their trickery, which they used to protect their well-known treasure. Not only that, but according to legend, if you catch a leprechaun, he will grant you three wishes in exchange for his freedom.

The leprechaun doesn’t have much to do with St Patrick, but because of its rooted history in Ireland, the leprechaun has become a symbol of the nation and, thus, he became part of the St. Patrick’s Day celebrations honoring Irish unity and culture.

MORE: Who is St. Patrick, and why do we celebrate him?

If there’s one Irish dish that we all think of on St. Patrick’s Day, it is undoubtedly corned beef and cabbage. Cabbage, of course, has been known as a typical Irish food since long ago. It is cheap and it’s a common spring vegetable. Corned beef, however, became popular at the turn of the century. The idea came about when Irish immigrants had settled in New York’s Lower East Side and learned of corned beef from their Jewish neighbors. Since this was a less-expensive cut of meat than traditional Irish bacon, corned beef became a popular substitute. Hence, once a year many of us sit down to a steaming hot dish of this tasty meat and veg.

Guinness is a dark Irish stout that is consumed year-round. However, many more pints of the dark Dublin-based ale are downed on St. Patrick’s Day than any other day. More than 13 million pints are had over St. Patrick’s Day alone. Since the style of the beer is Irish and it is made in Ireland, it is perfect for celebrating the day.

St. Patrick’s Day began as a religious holiday in Ireland to celebrate their patron saint. St. Patrick is credited with bringing Christianity to the nation. But over the years the holiday came to be a grand festivity in the United States due to Irish Americans. New York City put on the very first St. Patrick’s Day Parade in 1762. Parades soon became common for the holiday, as they were a great way to demonstrate unity and cultural pride. Marching through town together as one was the perfect way for the Irish to show off and highlight their traditions and culture.