Who is St. Patrick, anyway – and why do we celebrate him? 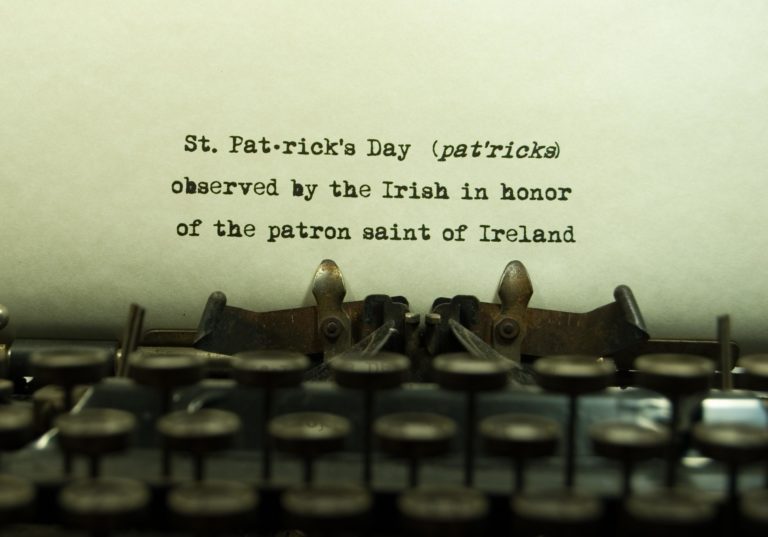 We all know St. Patrick’s Day — a holiday filled with festivals, lively celebrations, leprechauns, green beer and clovers. But who is St. Patrick, and why do we celebrate him?

Keep reading for a history of the man behind the holiday.

End of the fourth century

St. Patrick, the patron saint of Ireland, was born in Britain to wealthy Christian parents. His father was a Christian deacon. However, it is said his family wasn’t particularly religious and that his father was a deacon more for the tax benefits it provided the family.

Patrick was taken hostage by a group of Irish raiders who were attacking his family’s large property. The teen was taken to Ireland and kept in captivity for six years working in solitude as a shepherd. He turned to his religion for comfort and solace during his imprisonment, becoming an extremely devout Christian during his captivity.

MORE: Why do you get pinched if you’re not wearing green on St. Patrick’s Day?

After six years in captivity, Patrick escaped after experiencing a vision. Patrick said he heard the voice of God telling him to become a missionary for Christianity in Ireland. So the young man began religious training to become a priest — training that would last 15 years.

A little older and wiser, Patrick, by this point an ordained priest, was ministering Christianity in Ireland and working to convert the Irish. Patrick was clever in his preaching efforts. Because he was already familiar with the Irish culture and beliefs, he was able to incorporate some of their existing culture into his lessons of Christianity. The majority of the Irish at this time practiced a nature-based pagan religion. For example, the sun was a key symbol in Irish culture. Patrick superimposed an image of the sun over the Christian cross to make it more relatable to the Irish people. This would come to be called the Celtic cross.

Patrick’s efforts to convert the Irish did not sit well with the pagan king of Ireland. Patrick faced many threats, and he began carrying a dagger for protection. But he persisted in his mission to spread Christianity, teaching the Irish the ways of Christ and building churches across the country. Eventually, even the king himself converted to Christianity. He was even baptized by Patrick.

Many popular legends were born from Patrick’s time converting the people of Ireland. One of significant popularity is that of the three-leaf clover. It is said that Patrick used the leaf to explain the trinity of the Father, Son and Holy Ghost to the people, demonstrating that three entities could exist in one.

St. Patrick died, presumably in Saul, where he began his very first church. A massive monument stands on a hill overlooking the town, with scenes of Patrick’s life at the base.

It is difficult to separate fact from fiction with so many legends surrounding St. Patrick, but it is safe to say St. Patrick was a monumental figure in both Christianity and in Ireland.