Ouch! Why do you get pinched if you’re not wearing green on St. Patrick’s Day? 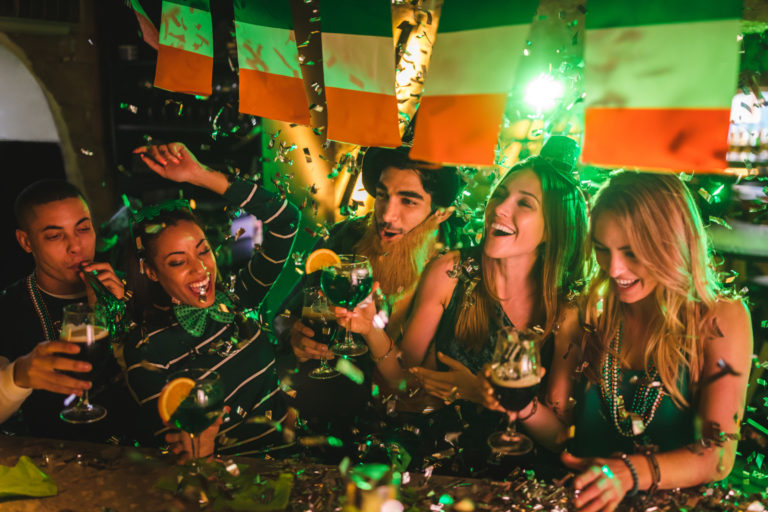 Everyone knows that if you don’t wear green on St. Patrick’s Day, you can expect to get pinched by friends and family throughout the day. Turns out, there are a few different origins of this hilarious — and sometimes painful — St. Patrick’s Day tradition.

First a bit of background on the lively and raucous holiday. St. Patrick’s Day is the celebration of Ireland’s patron saint. But, funnily enough, Patrick wasn’t even Irish. He was British. The young man was kidnapped by Irish raiders at 16 and held hostage in Ireland. The hardship strengthened his Christian faith. After six years in captivity, Patrick escaped imprisonment and became an ordained priest. This is when he began his mission to spread the word of Christianity and establish churches across Ireland.

Irish Americans in the 19th century popularized the wearing of green as a way to express Irish unity and pride. If you didn’t band together in this celebratory green-ness, you could expect a pinch as a little slap on the wrist for not participating.

MORE: Who is St. Patrick, and why do we celebrate him?

Additional origins of the pinch

Moreover, legend says that wearing green makes one invisible to leprechauns. If you don’t wear green, you can expect the tricky little mythological creatures — a symbol of Ireland — to give you a big old pinch in honor of the holiday. People began pinching each other as a reminder that the leprechauns could sneak up and pinch them at any time.

Dressing up in green for St. Patty’s day is fun and allows people to be creative with how they express their Irish pride. It’s the day we see green beaded necklaces, green leprechaun hats, shamrock earrings and “Kiss me, I’m Irish” T-shirts. From kids at school, to professionals in the workplace, most people will wear green of some sort for the day, Irish or not. So have fun with it, enjoy some green beer, and whatever you do, don’t get pinched —especially by a leprechaun!