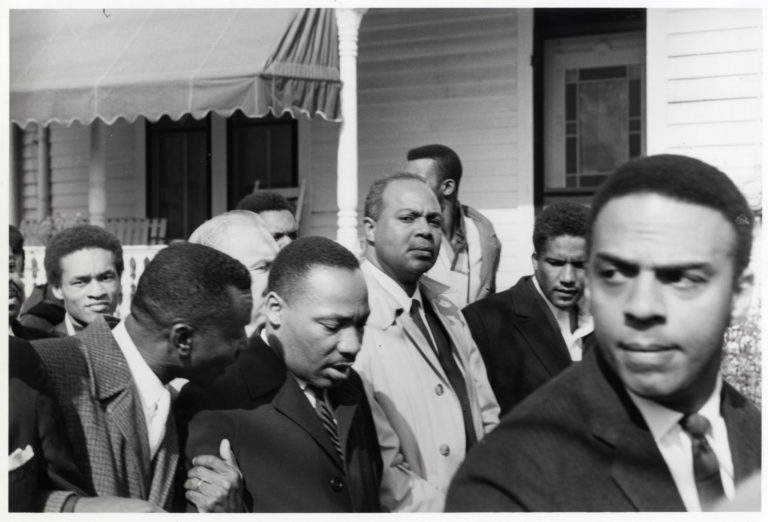 Every year on the third Monday in January, the nation celebrates the birthday (January 15) of civil rights leader and activist Martin Luther King Jr., as well as his heroic contributions toward racial equality in this country through non-violence.

If you’ve got little ones

One of the best ways to teach your kids about Martin Luther King Jr. is through story time — I have a Dream, Be a King and Martin’s Big Words being classic examples.

Many of these titles are available at your local library, but consider gifting a couple of books to your child as a way to honor Dr. King’s legacy year-round. No matter where you live, chances are that you can stumble across plenty of Martin Luther King Jr. Day events in your area to help commemorate the day. Doing something as simple as donating gently used toys to a nearby daycare center, hospital or shelter is a great way to instill a sense of gratitude and giving back in your child.

End with a couple of MLK-themed crafts, including these Love In Hand cookies, as well as a screening of the animated film Our Friend, Martin, which features an all-star voice cast, from James Earl Jones to Oprah Winfrey.

If you’re a teenager or young adult

Now that you’re old enough to fully grasp the significance of Martin Luther King Jr. Day, educate yourself on Dr. King’s legacy outside the classroom. Because let’s face it: The version of King that’s usually taught in schools gets watered down and reduced to snippets of his now-iconic “I have a dream” speech, but there’s a lot more to King’s legacy.

Read King’s letter from Birmingham Jail or watch documentaries — including Martin Luther King Jr: The Man and the Dream and The Witness: From the Balcony of Room 306, which recounts the days leading up to his assassination — for a re-introduction to the civil rights icon.

If you’re of African-American descent, sit down with your grandparents for a history lesson like no other! Hearing them talk openly about their experiences during the civil rights movement will put it all into perspective and make that era seem a lot less distant. Take it a step further by speaking out on issues you’re passionate about (e.g. women’s rights and gun control) or making a small donation to organizations that fight against racial injustice, such as Black Lives Matter or your local NAACP chapter.

“Martin [Luther King Jr.] said himself that ‘Everybody can be great, because anybody can serve,'” said Alicia White, president and founder of Project Petals, a nonprofit that creates sustainability within low-income, under-served communities of color through education and improving environmental conditions.

“Since [teens] will be the leaders of our future, it makes sense now more than ever for them to research and get involved in a cause they’re passionate about, which can have a ripple effect on their lives. Dr. King’s work was built around advocating for the rights of [Black] Americans in this country. Through activism, you are honoring MLK’s life and keeping his legacy alive.”

If you’re an empty nester

Just because your children have grown up and left the nest, doesn’t mean you can’t introduce new traditions.

Need a little inspiration? Plan an informative family trip to the Martin Luther King Jr. Memorial, followed by a visit to the Smithsonian National Museum of African American History. And while you’re in D.C., dedicate a couple of hours to shopping at Black-owned businesses.

According to a 2018 Nielson report, African Americans have a whopping $1.2 trillion in buying power, but only 2 cents of every dollar goes to black-owned businesses.

“Many Black people spend money on products and services that are not black-owned, which creates wealth in other communities and not our own. There’s a lot more work to be done to close the wealth gap internally and externally, but the first and most simple step to improve our economic well-being and create generational wealth is to start supporting black businesses, as well as investing back into our black communities.”

Browse this online directory for an ongoing list of Black-owned shops, eateries and other businesses within the D.C. area.