Three speeches by Dr. Martin Luther King, Jr. and what we can learn from them today 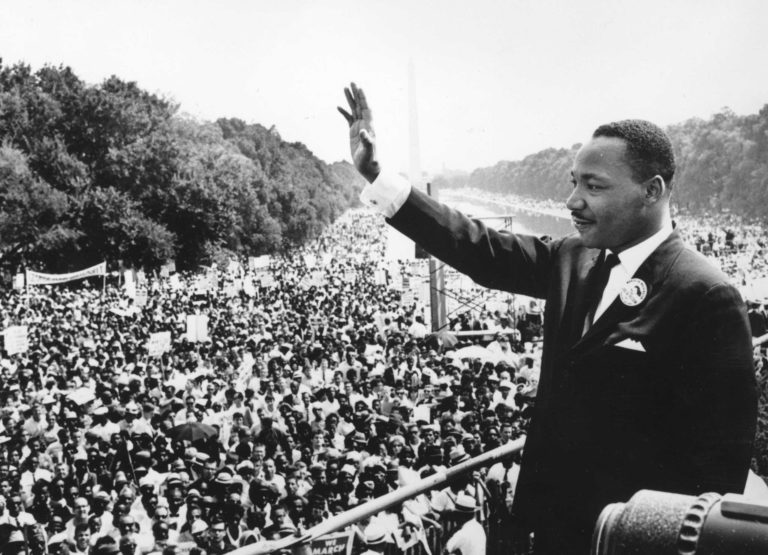 Dr. Martin Luther King, Jr. was only 39 years old when he was assassinated; however, in his short life, Dr. King achieved so much. Among his accomplishments: the Montgomery bus boycott, the Prayer Pilgrimage for Freedom, the Youth March for Integrated Schools, the Albany Movement, the Birmingham campaign, the Walk to Freedom, the March on Washington for Jobs and Freedom, the St. Augustine movement, the Selma to Montgomery marches, the Chicago Open Housing Movement, the March Against Fear Memphis sanitation strike, and the Poor People’s Campaign.

And more amazingly, Dr. King did all this through non-violence, by using his powerful voice and charisma alone. Between 1955 — when Dr. King took over leadership of the civil rights movement — and 1968, he delivered a staggering 350 speeches, speaking out against racism, racial inequality and social injustice. Whether he spoke to a gathering of 25 or thousands, Dr. King’s charisma and eloquence were captivating and, more importantly, motivated people to act.

Indeed, his non-violent approach fighting for racial equality earned Dr. King the Nobel Peace Prize in 1964. But what made Dr. King such a powerful and eloquent orator? Was it his charisma or his words?

Ordained in his final semester of college, Dr. King went on to deepen his understanding of Christian liberal ideology at seminary. Speaking from the pulpit, Dr. King learned how to captivate, move and incite people into action.

Although his most famous speech was “I Have a Dream,” delivered at the March on Washington for Jobs and Freedom in 1963, there are 349 other speeches worth noting. Here are three that may not be as “famous” but that are just as moving.

In creating a utopia in their America, the other America languishes in hopelessness.

“In that other America, millions of people ﬁnd themselves forced to live in inadequate, substandard, and often dilapidated housing conditions. In these conditions, they don’t have wall-to-wall carpets, but all too often they ﬁnd themselves living with wall-to-wall rats and roaches. In this other America, thousands, yea, even millions, of young people are forced to attend inadequate, substandard, inferior, quality-less schools, and year after year thousands of young people in this other America ﬁnish our high schools reading at an eighth- and a ninth-grade level sometimes. Not because they are dumb, not because they don’t have innate intelligence, but because the schools are so inadequate, so overcrowded, so devoid of quality, so segregated, if you will, that the best in these minds can never come out.”

“The Casualties of the Vietnam War”

By 1965, small pockets of anti-war movements started popping up on college campuses. Members of the leftist organization Students for a Democratic Society (SDS) kicked off their protests by organizing “teach-ins” intended to express opposition of the United States’ occupation in Vietnam, fighting a war that was not theirs to fight.

An aspect of these protests that hadn’t been addressed that Dr. King raised in “The Casualties of the Vietnam War” speech was the impact on the African-American community.

Early on, Dr. King had been a supporter of President Lyndon B. Johnson, but over time he came to believe involvement in the Vietnam War allowed the U.S. government to divert its attention away from problems at home, where people of color continued to live in poverty and continued to fight for access to opportunities white people took for granted.

By fighting against North Vietnam’s right to secede from South Vietnam and become a communist nation, the U.S. was doing two things: imposing its brand of imperialism around the world and failing to address the growing disparities between the races in its own country.

In Dr. King’s estimation, how can the U.S. impose its views and dictate how other countries conduct themselves when it not only can’t address the racial problems in its own country, but it actively creates laws that keep people of color institutionalized and without opportunity?

In other words, how can the U.S. meddle in the affairs in other countries when it won’t deal with the problems in its own country?

“Another casualty of the war in Vietnam is the humility of our nation. Through rugged determination, scientific and technological progress and dazzling achievements, America has become the richest and most powerful nation in the world. But honesty impels me to admit that our power has often made us arrogant. We feel that our money can do anything. We arrogantly feel that we have everything to teach other nations and nothing to learn from them. We often arrogantly feel that we have some divine, messianic mission to police the whole world. We are arrogant in not allowing young nations to go through the same growing pains, turbulence and revolution that characterized our history. We are arrogant in our contention that we have some sacred mission to protect people from totalitarian rule, while we make little use of our power to end the evils of South Africa and Rhodesia, and while we are in fact supporting dictatorships with guns and money under the guise of fighting communism. We arm Negro soldiers to kill on foreign battlefields but offer little protection for their relatives from beatings and killings in our own South. We are willing to make the Negro 100 percent of a citizen in warfare, but reduce him to 50 percent of a citizen on American soil.”

Many have speculated that “The Casualties of Vietnam” and a second speech Dr. King gave on April 4, 1967 called “Beyond Vietnam: A Time to Break Silence” led to his assassination exactly one year later.

“I Have Been to the Mountaintop”

On Feb. 1, 1968, two Memphis sanitation workers, Echol Cole and Robert Walker, were crushed in the garbage collection truck they operated. The truck malfunctioned, killing both men. The tragedy was one in a long list of problems plaguing the all-black team of sanitation workers, the result of systematic abuse and neglect.

Ten days later, 700 of them formed a union and agreed to strike. A week later, the Memphis chapter of the National Association of the Advancement of Colored People (NAACP) agreed to support the strike.

There were hopes the strike would end swiftly, but Mayor Henry Loeb rejected the pay raise request on the grounds he didn’t recognize them as an actual union. The striking workers staged a non-violent march to City Hall, to which the Memphis police responded with mace and tear gas.

By March, white high school and college students joined the striking sanitation workers in their daily march to City Hall. By March 18, the protest grew to 25,000 strong. On Feb. 24, 150 local Memphis ministers gathered to form the Community on the Move for Equality (COME), led by James Lawson, a local minister and ally of Dr. King’s.

Hoping to get arrested, members of COME wanted to bring about more awareness to the situation with the striking sanitation workers. Kept apprised on a daily basis, Dr. King returned to Memphis on March 18 to utter chaos.

Lawson and Dr. King led a march, but they were forced to halt all demonstrations as violence broke out. During the chaos, people looted shops and a police officer shot and killed a teenager. What happened next is almost indescribable.

Police followed demonstrators back to the Clayborn Temple and released tear gas into the church. As demonstrators lay on the floor of the church trying to breathe clean air, the police entered the church in gas masks and used their nightsticks to beat them.

Mayor Loeb’s response was to declare martial law and bring in 4,000 National Guard troops. Dr. King returned to Memphis on April 3 and spoke to some of the protestors.

“We aren’t going to let any mace stop us. We are masters in our nonviolent movement in disarming police forces; they don’t know what to do. I’ve seen them so often. I remember in Birmingham, Alabama, when we were in that majestic struggle there, we would move out of the 16th Street Baptist Church day after day; by the hundreds we would move out. And Bull Connor would tell them to send the dogs forth, and they did come; but we just went before the dogs singing, ‘Ain’t gonna let nobody turn me around.’”

Earlier in the speech, Dr. King said, “Strangely enough, I would turn to the Almighty and say, ‘If you allow me to live just a few years in the second half of the 20th century, I will be happy.’”

Martin Luther King Jr. was assassinated on April 4, 1968, the day after giving his “I Have Been to the Mountaintop” speech.

If we are to examine the words and purpose of Dr. King’s speeches, in truth all of them could apply to current events. People of color are still fighting for equality. Things may be slightly better but, all in all, little has changed.