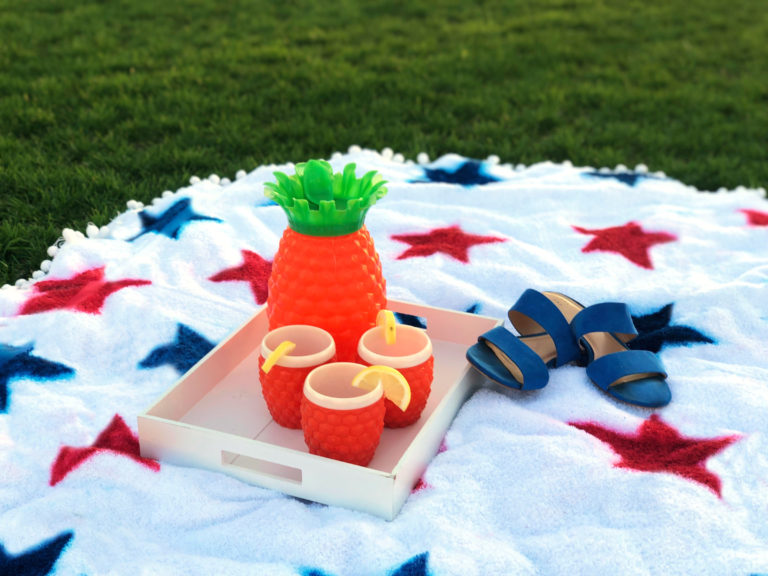 A summer trend returning from 2018 that I love is the circle beach towel, so I decided to do my own version as an ode to summer and 4th of July celebrations. Turns out, making an American flag towel is actually easy! I highly recommend taking old towels and giving them a new life with this DIY.

The hard part was painting with fabric dye. I originally wanted to do stars and stripes but had trouble making perfect stripes on the towel; it just seemed like too much effort. I ended up creating a star stencil, which was a lot easier, despite the paint’s tendency to bleed.

The result is an adorable throw for a picnic or those beach days we’ve all waited for. 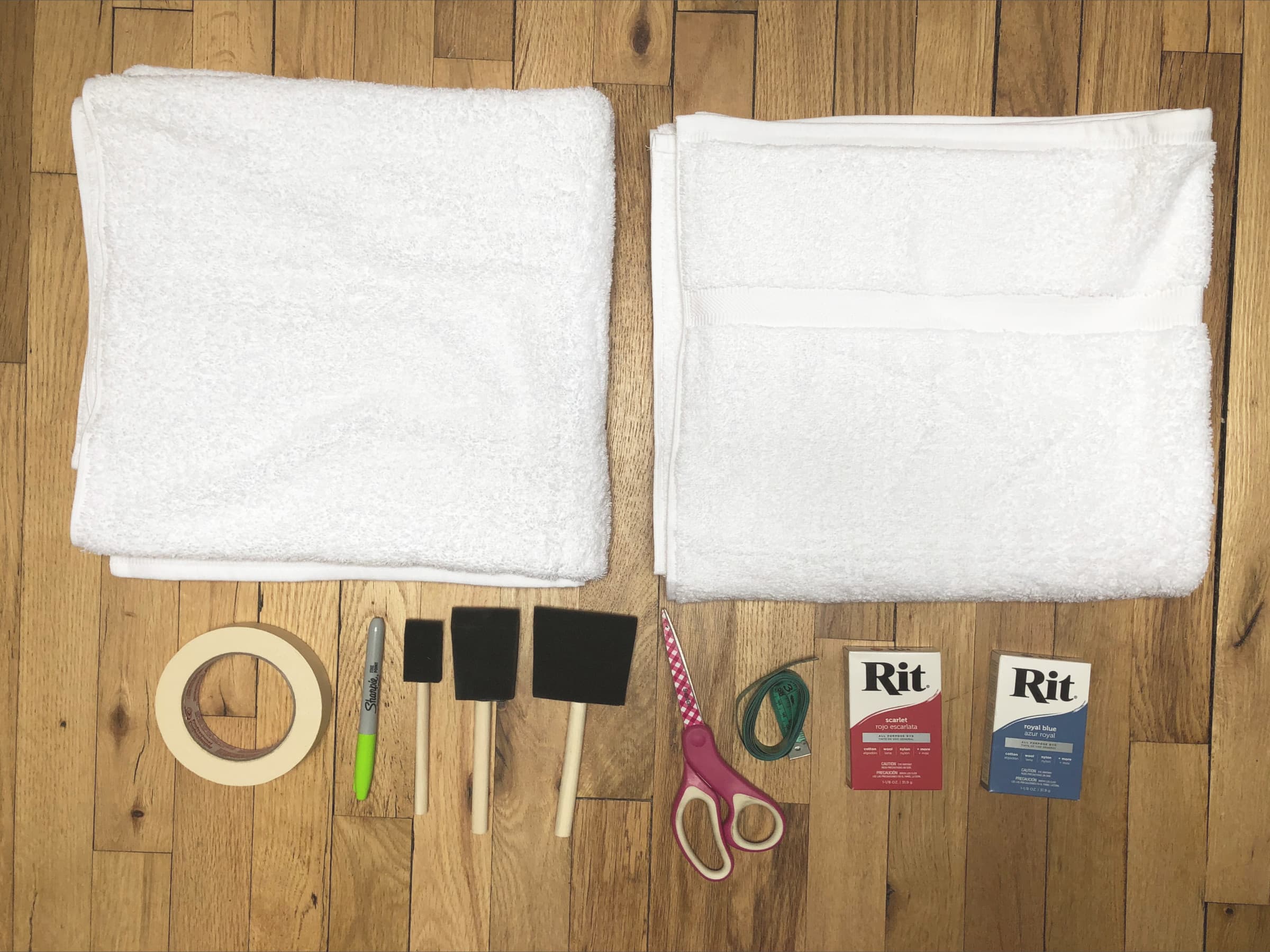 MORE: Nothing says summer like this sensational strawberry shortcake

1. Fold a towel in half (the long way) to create a square.

2. Create a faux drafting compass with the measuring tape, marker and tape. Have a friend hold it in place at the bottom corner of the folded side, and move the marker from the bottom right corner to the top left corner to create an arch.

3. With sharp scissors, cut out the arch shape. 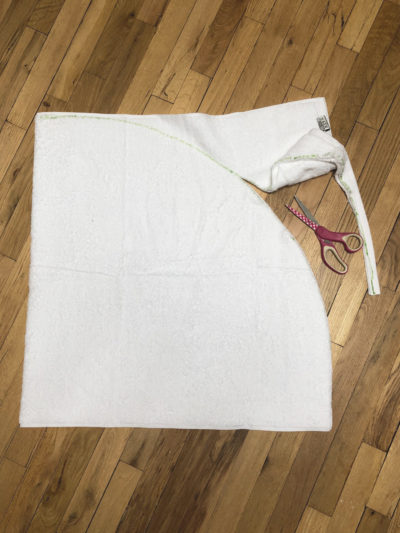 4. Trace this semicircle on the second towel and cut.

5. Lay the two half circles on top of each other and pin together along the long straight side of the towels.

6. Sew the half circles into place. Tada! A circle towel! 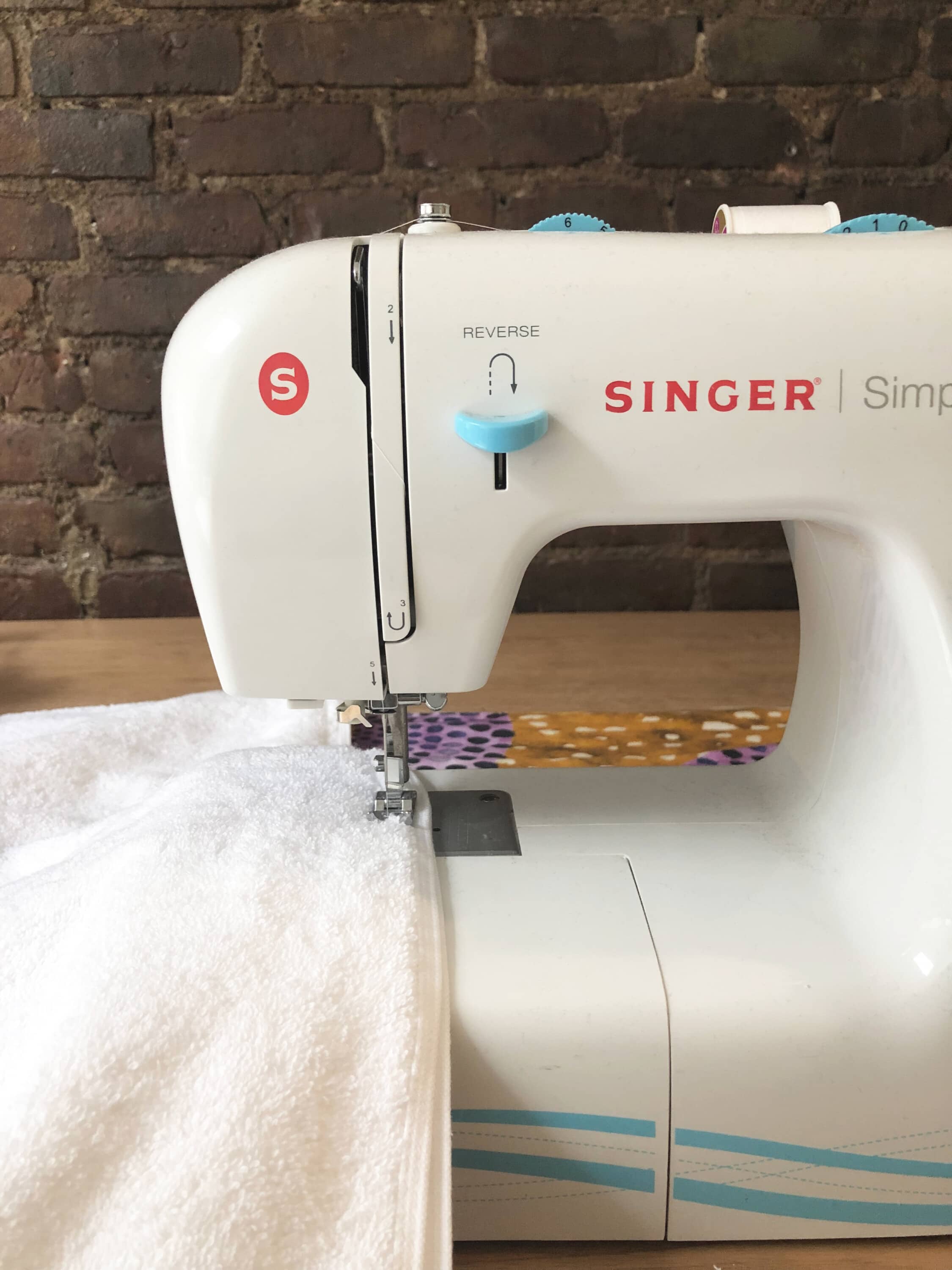 7. Now it’s time to paint on the fabric dye. If you’re doing this indoors, lay down some trash bags and a drop cloth to protect your floors.

8. Dampen the towel. I ran mine under the tub faucet and then wrung it as dry as I could. Don’t get the towel sopping wet — your dye will bleed everywhere.

10. Create the star stencil from a piece of cardstock. Tip: After you draw the star, poke a hole in the center and cut it out. Just like that: a custom stencil! I was originally going to paint stars and stripes, but the stripes were a pain. Instead, I went with a mix of red and blue stars. The result was fun, but the stars did bleed a bit. 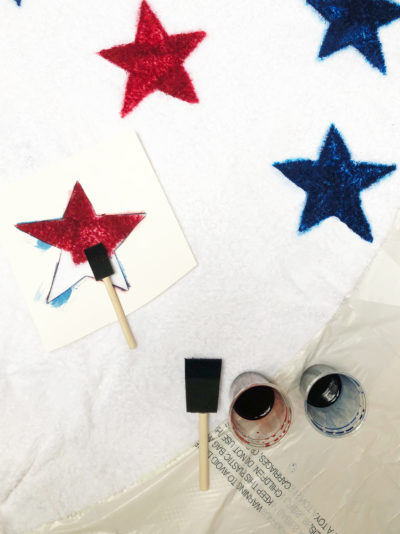 11. Let the newly starred towel dry completely and then wash in the washing machine. You might need to wash it a few times to let the extra dye run out.

12. To add the pom-pom trim, just pin it in place and sew it around the edge of the blanket. 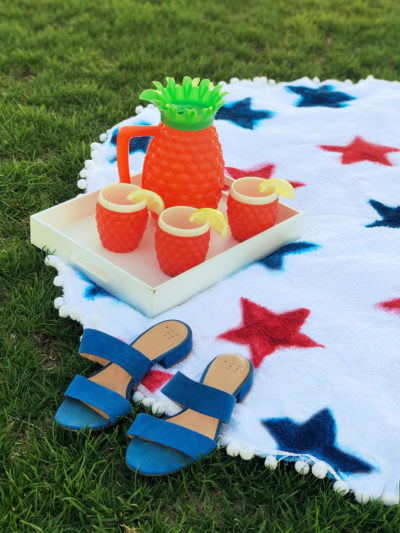