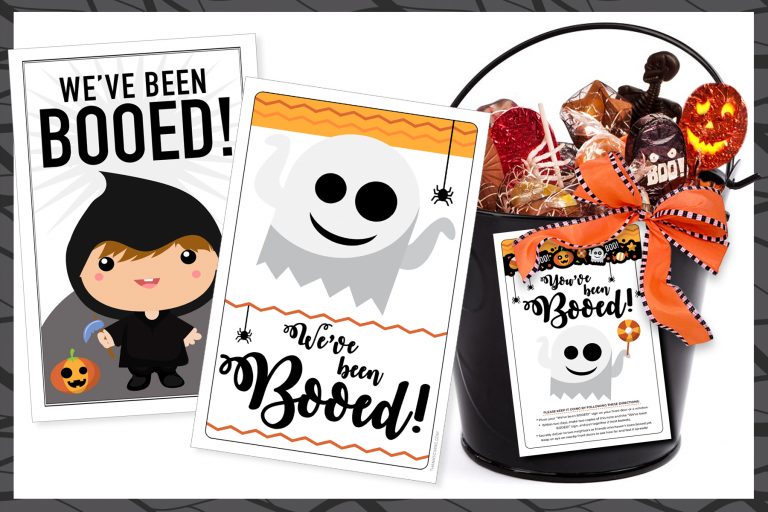 There are loads of fun Halloween customs. From costumes to jack-o’-lanterns to all that great black and orange decor, you’ll have plenty to do before Halloween rolls around.

There is another entertaining tradition that you may not be super familiar with — booing. No, we don’t mean randomly going up behind people and shouting, “Boo!” We mean giving bags of goodies with a note that says, “You’ve Been Booed”. Let’s take a peek into this super-cute Halloween activity.

What is “You’ve Been Booed” anyway?

The basic premise of booing is that it’s done secretly — like a Secret Santa of sorts, but instead of exchanging gifts at an office party, you’re leaving a bucket or bag of Halloween-themed goodies on your neighbor’s porch along with a note that encourages them to do the same. Don’t wait until Halloween to start — this is a tradition that can be done during the whole month of October!

MORE: How to make an epic holiday boo basket

According to Kendra Montante, a Michigan mom who wrote a book on booing a few years ago, the practice has existed in different areas around the country since the 1980s, but has gained in popularity over the last several years. You may have heard of the tradition with a different name, such as hobnob gobbling, spooking, the phantom, and even ghosting. But the basic tenets remain the same.

How to “boo” your neighbors

Print off a set of matching signs for each goodie bag you’re making. After filling it with goodies, attach the “You’ve Been Booed!” sign to the front of your bag, and enclose the “We’ve Been Booed” sign inside.

Your recipient will be instructed to post the latter on their front door (or window) so they don’t get repeatedly booed, and they’re supposed to keep the fun going by booing two additional neighbors in the next two days.

Ideas for your boo bags

First, start with a couple of bags, buckets or even a jack-o’-lantern candy bucket. Candy is a popular choice for many, as that’s what kids often look forward to the most, right?

However, it’s also a good idea to include non-candy items because not everyone can eat every Halloween candy. While your Reese’s Peanut Butter Cups may be loved by many, they can trigger allergic reactions in some people.

MORE: Free Halloween coloring pages for kids (or for the kid in you)

In addition to (or instead of) candy, consider these non-candy ideas:

Other non-candy food items can include:

After you’ve left your surprises, you and your family will be excited to see other neighbors putting up signs that they’ve been booed. Have fun!

Print your own custom “You’ve Been Booed” cards 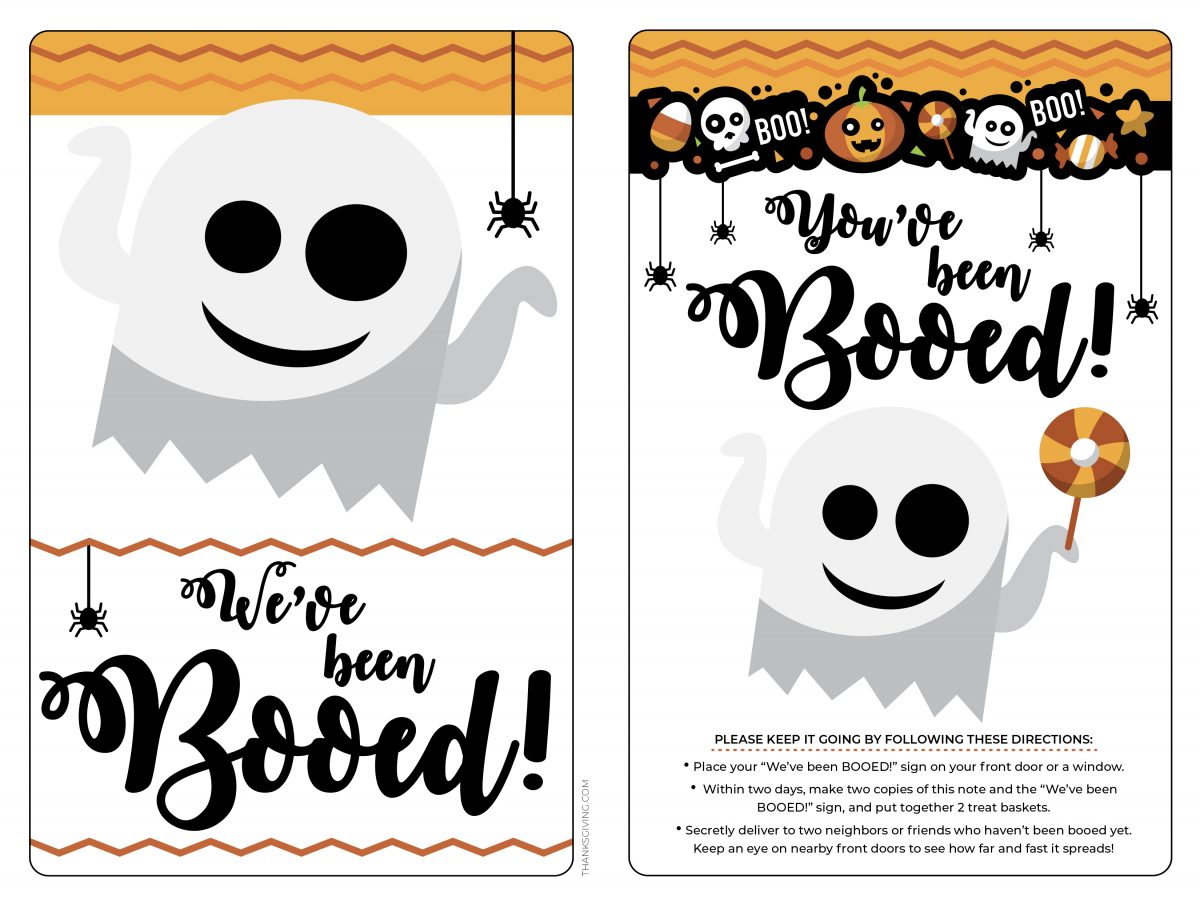 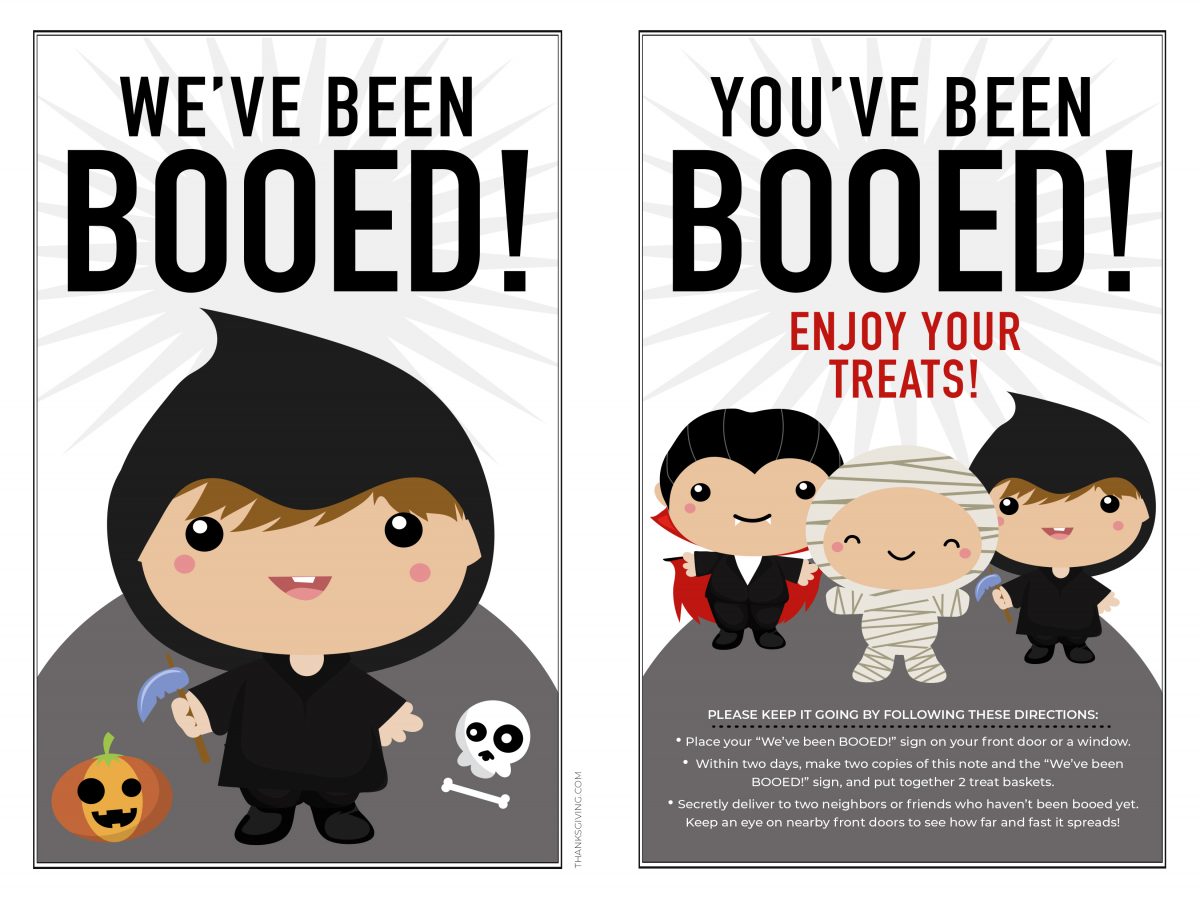 Before you go, see how to make some cool Halloween cupcakes!