What is the Day of the Dead? Traditional ways to celebrate Día de los Muertos 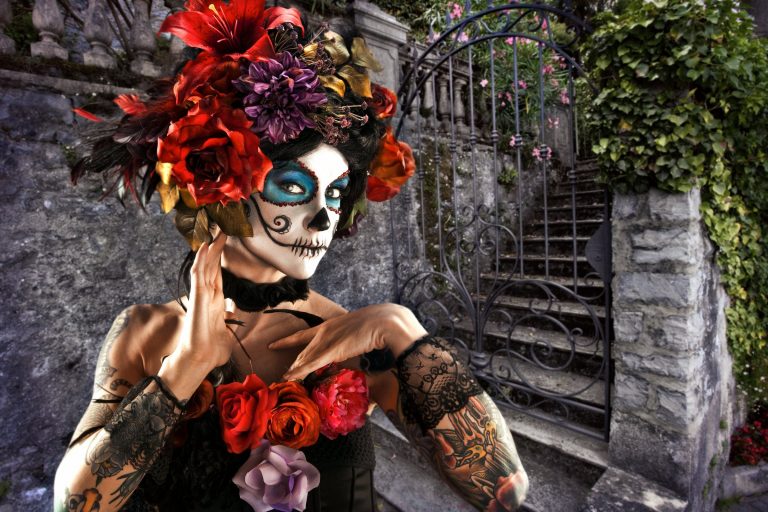 The Day of the Dead is a vibrant and beloved tradition in Mexico and other Latin American countries when families gather to welcome back their deceased ancestors and celebrate their lives. Also known as Día de los Muertos, the tradition dates back thousands of years to pre-Columbian times.

So what really is the Day of the Dead all about — and what are some of the traditional ways to celebrate the holiday? Let’s find out!

Day of the Dead celebrations were originally held starting around 3,000 years ago, in the summertime — and they lasted weeks instead of days. That’s no longer the case, however. When the Spanish (and Christianity) arrived in Mexico, those in power wanted to move these celebrations to coincide with minor Catholic holidays All Saints’ Day and All Souls’ Day. This is where the Day of the Dead remains on modern calendars.

Today, Day of the Dead festivities start at midnight on the 31st of October. There are plenty of traditions that surround this gorgeous holiday. Let’s take a look at some of them, which can help you decide how to celebrate Día de los Muertos.

Ofrendas, or altars, are a common sight during the Day of the Dead festivities. These altars, found in homes, aren’t a place to worship gods or goddesses — instead, they’re meant to welcome back deceased relatives to the land of the living. Families place photographs of their departed family members on the altar, along with food, drinks and candles. It’s also common to add cempasúchil flowers, also known as flor de muertos or flower of the dead — this is a type of marigold that is resplendent in hues of yellow and orange.

Sugar skulls are probably one of the most recognizable parts of a Day of the Dead celebration. Known as calaveras, sugar skulls got their start hundreds of years ago when Italian missionaries brought sugar art to the New World. The locals used their ample supply of sugar, created their own molds, and the sugar skull tradition began. Sugar skulls are brightly decorated and often include a name written across its forehead to represent a specific departed family member, and are included in the family ofrenda or placed on a tombstone.

You might also be familiar with the brightly colored tissue paper decor often seen during the Day of the Dead. Called papel picado, which translates to pierced paper, it isn’t exclusive to the holiday, but it is often part of ofrenda decoration.

Many people choose to dress up during the Day of the Dead celebrations. For starters, Catrina makeup, where the wearer resembles a colorful sugar skull, is a great place to start. The look is inspired by La Calavera Catrina, a zinc etching by José Guadalupe Posada in the early 20th century, and it has been a Day of the Dead icon since. Also included in this tradition are suits and fancy, colorful dresses.

As mentioned above, food is an important part of the ofrenda. Often, celebrants choose foods that were favorites with their dear departed loved ones. Also, pan de muerto (bread of the dead) is another favorite that shows up during the Day of the Dead. It’s a sweet bread that is shaped like a bun and often decorated with bone shapes.

Day of the Dead celebrations are about coming together as a family, remembering our departed loved ones, and welcoming them home for a day or two. While there are many ways to celebrate this custom, there are plenty of traditions to choose from that are colorful and lively. The Day of the Dead is not a scary holiday — instead, it’s meant to welcome home ancestors so they can be with their family again in spirit.