What are dad groups, and where can you find one? 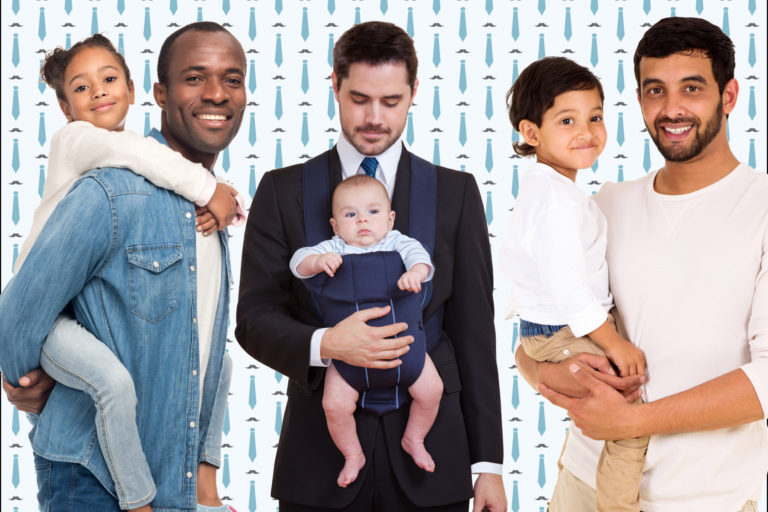 More and more dads are taking on the role of primary caregiver to children and caretaker of the household. And you know what? They are lovin’ it!

According to a Pew research study published in 2018, the number of stay-at-home dads in the United States has nearly doubled from 4 percent in 1989 to 7 percent in 2016.

While still a relatively new trend, dads who are primary caregivers are becoming increasingly common. And dads who nurture, demonstrating that masculinity is not one-dimensional, are a huge step in the right direction.

Even better, dads are connecting with one another to share experiences in a community of like-minded men.

In looking for someone with first-hand experience, I reached out to a dad group near me — Denver Dads Group — and was lucky enough to get in touch with Kyle Denny, who has been a member of the group since 2015 and head of the group since 2017. He was eager to answer my questions because, as he said, he is passionate about parenting and getting dads involved at home with their families. “When my wife and I decided we wanted children, it changed everything. I wanted to be a better dad than mine — which meant I didn’t want to be always at work, missing their events and such. The thing I hear most when I tell people I am a stay-at-home dad is, ‘I could never do that.’ I want to break the stereotypes.”

When I had my first child, I was a stay-at-home mom for six months and then I worked part-time for the next 3 years, so I know first-hand how rewarding, scary and lonely the job can be. Having a community of other new moms with whom to bond, laugh, cry and just ask, “WTH?” was invaluable. It makes complete sense that dads also need a place to go with their stories of exploding diapers, non-stop crying and kids who will only eat orange foods. And, let’s be honest, being the lone dad in a group of moms ain’t gonna cut it.

Denny, a father of two (aged 4 and 1), said that having other dads to talk to was one of the main reasons he joined the dad group. “I wasn’t prepared for the isolation. I had been in a call center for four years, talking to people all day long. Suddenly, I was only with one person and she didn’t talk!”

Not surprisingly, as with any progressive movement, dad groups and stay-at-home dads can be met with snarky comments and questioning side glances. “Public reactions vary,” Denny admitted. “At parks, moms tend to keep their distance. You get a lot of looks and some can be outright rude. At a store, I had a cashier tell me it’s so nice of me to give my wife a break! On one of our dads’ walks, we had a couple of older ladies tell us how awesome it was to see such involved dads. It’s weird that at times I get congratulated for being an active dad.”

The purpose of pretty much any dad group is the same. According to Denny, it is a group of friends, a support group and an information-sharing group. As stated in the “about” section of the Denver Dads Group website, “The focus is to create an environment for our children to interact with each other and have fun, while also allowing for some dad-on-dad dialogue; something many of us are lacking.”

When asked what the guys do most in the group, Denny listed a range of things. “We have outings to the zoo, children’s museums, walks along Platte River Trail, coffee meetups, a daddy-daughter hair class. We discuss favorite kid shows, most annoying characters, cloth diapers versus landfill diapers, camping and, surprisingly, not a ton of sports,” Denny explained. “We share information with each other about what baby carriers are best, kid-friendly hiking trails or where the best parks are.”

Denny said the group has become an important part of his life as a dad. “I take parenting very seriously. I definitely feel on the job all the time. There are no breaks, no days off. The Denver Dads Group is my release.”

So, what is required to become a member of a dad group? Are all members full-time stay-at-home dads? Nope! While this particular group does have many stay-at-home dads, the majority of dads are still working, both part-time and full-time. Ages do vary, but most of the dads are between 30 and 40 years old. The group welcomes all dads — straight, gay, adoptive and foster.

“The only requirement is the desire to be an involved father,” Denny explained. “We have wives who try and join for their husbands and we just ask them to have their husbands join.”

And it turns out it’s pretty darn easy to join a dad group. Citydadsgroup.com is a great place to start. Find your city to see if there is a group near you. The National At-Home Dad Network is another great website. Both sites can help you locate a group in your area or help you begin a group of your own.

According to Denny, one of the requirements to start your own group is to attend HomeDadCon. Imagine a convention the sole purpose of which is to bring primary caregiver dads from across the country together for professional development, opportunities to network and a chance to relax. We’ve come a long way, baby.

When asked about the difficulty of starting and maintaining his group, Denny replied, “It’s tough. Men are wired differently than women. We keep stuff in. Look at old movies. Men worked, came home, sat in the chair to watch TV, and repeat every day. It takes a lot of patience. I’ve had a few events where [only] one dad showed. It takes a while to build up a following.”

So to the involved dads out there, if you’re reading this, know we (the collective we, meaning anyone who is a parent, knows a parent, wants to be a parent, supports parents, is a human) think you’re just fabulous and hope you keep on keepin’ on. And while I don’t think dads deserve to be applauded for being involved dads, a little support and encouragement all around never hurt anyone.