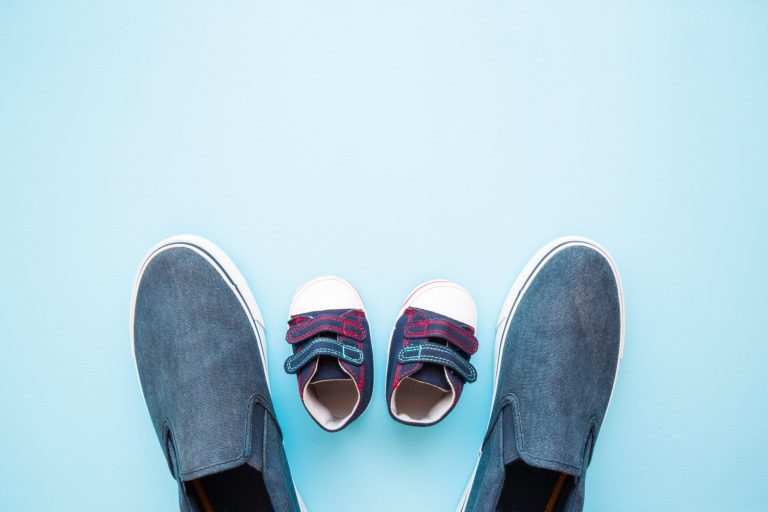 For centuries the idea that a woman took care of the children while the man went to work was a societal norm. Then women started working more and hetero couples were far from the only ones having children. Today, societal norms have shifted greatly, and yet the idea that men want to take time off to be with their children is still far from an employer-backed, mainstream practice. Paternity leave is still considered an extreme perk, only offered by seemingly more progressive companies.

A 2014 Boston College study reported that 76 percent of fathers are back to work within one week after a birth or adoption. Ninety-six percent are back on the job after two weeks.

So what do you do if your company doesn’t offer paternity leave, but you want or need to spend time at home with your child?

Get to know the laws

For starters, make sure your company is playing by the rules. “The federal Family and Medical Leave Act (FMLA) guarantees both male and females with the right to have 12 weeks of unpaid leave. A handful of states also have laws that mandate a company provide paid leave. In reality, most working dads get no leave at all, and even though there is strong advocacy for fathers and families to have stronger paid paternity leave, the progress across the nation has been very slow to date,” David Reischer, employment attorney and CEO of LegalAdvice.com, tells Greatist.

Unfortunately, according to Find Law, to qualify for leave under the FMLA, a person has to have worked for the state or federal government, a public school, or at a private company that employs over 50 workers for at least 12 months. On top of that, a person has to have worked 1,250 hours on the job and work somewhere that has 50 or more employees within a 75-mile radius. A law granting unpaid leave — not even paid — has so many restrictions that there are so many fathers who are left out.

While California implemented paid paternity leave in 2004, and New Jersey, Rhode Island and Washington, D.C. have followed suit, the laws are clearly so slow-going that making change on a company level may be more efficient.

What dads are saying

If you’re like the almost 90 percent of 3,000 working fathers surveyed by the Boston College Center for Work & Family who said that employers should provide paternity leave, you understand the importance of swift change. To sum it up, paternity leave is needed now, not when the child turns 18.

Take Derek Rotondo, who filed a complaint when his employer, JPMorgan Chase, refused to give him the full 16 weeks of leave after his second child was born. “I think it sends a clear message that if a company is able to and does offer leave that it needs to be implemented equally across both genders,” Rotondo told The Washington Post. “If Dad is able to be home with their children, as well, then both parents can share the responsibilities.” Eventually JPMorgan Chase agreed to train policy administrators and pay $5 million to Rotondo and others who claimed to have been denied paid parental leave as primary caregivers.

Fortunately, more prominent voices are chiming in. Reddit founder Alexis Ohanian has become a huge advocate for paternity leave equality in recent years following the birth of his daughter in 2017.

“Nearly a third of dads think that taking leave could negatively impact their career. We could miss out on a promotion. We could become obsolete. We could get fired. Career fear is powerful,” Ohanian wrote in The New York Times. “I get that not every father has the flexibility to take leave without the fear that doing so could negatively impact his career. But my message to these guys is simple: Taking leave pays off, and it’s continued to pay dividends for me two years later.”

Here’s what some other dads we spoke with had to say on the issue:

“I got what is mandated by law in California, which is up to six weeks paid (with a cap on how much will be paid) and six weeks of unpaid. I do think having the right to paid paternity leave is important, and I think it’s important to have it mandated by the state/federal government rather than leaving it to the companies. Paternity leave is important for a number of reasons. It gave me valuable time to bond with Wyatt and it helped Katy [my wife] and I have a more equal share of parenting responsibility. On top of that, I think it’s important that paid paternity and maternity leave are equal, with the caveat that a mother should have some additional medical leave to recover from the birth. Without that equality, it reinforces the idea that the bulk of parenting responsibility and professional sacrifice should be made by the mother, and it puts women at a disadvantage as they try to advance their careers.” — Michael D.

“No company I have ever worked for has paid paternity leave for men. The Marine Corps allowed me to use leave, of course, to be home for my child’s birth, and the company I work for now allows us to use vacation and FMLA. It would have been amazing to have had the opportunity to be home with my wife and children during this time, but I feel that anything over 4-6 weeks for a man is outrageous. While I would like to express the time would be amazing, to say that any company owes you that much time off for you having a child seems a little too much. Especially paid paternity leave for multiple months.” — Justin T.

“I took two days off and it was vacation time. [My employer] just started offering paternity leave a few years ago. Wouldn’t say I have the right to it, but I am psyched they offer it. Would have been great to spend that time at home with my kids at that crucial time. [They now offer] 90 days, both maternity and paternity. We can utilize it anytime within two years of birth, and can split it into two terms if we want to.” — Fred W.

“I took three weeks of paternity for each of our children. California protects the ability to take the leave and subsidizes wages to a degree. I’m grateful I was able to take that time. I don’t think it’s my right to take that time, but I think there’s incredible value and benefit to society in the long term if fathers are allowed/expected to support the new mother in their life and be a part of the early days of their children’s lives.” — Justin S.

MORE: How neuroscientists says you can hack your brain to create more happiness

Strategies to talk to your company

Established companies may not have changed their outdated lack of paternity leave, but that may be due to oversight rather than being against it. If you are planning on taking paternity leave, but your company does not offer it, the first thing to do is talk to them about it. Try to do this as soon as you can so there is ample time to plan for your leave.

Also, make sure to outline the increase in employers offering paternity leave to emphasize the change occurring in corporate policy. After that, explain the effect not being able to take paternity leave will have on your morale. Working for a company that does not support your needs is not something you want to be doing long-term. Express your value to them and make that point clear.

If you belong to a union at work, bring it up with your union leaders and discuss it if it’s an issue impacting other employees. Strength in numbers is a saying for a reason, and it can be the extra push your company needs to finally grant paid paternity leave.

In the case they say no, try to reach a compromise. Can you work from home or go down to part-time temporarily? Spending time with your child shouldn’t come at the loss of pay, so the latter is more of a last-resort option.

In any case, when you’re frustrated or nervous to speak up, remember why you’re so passionate about taking leave: your amazing child.