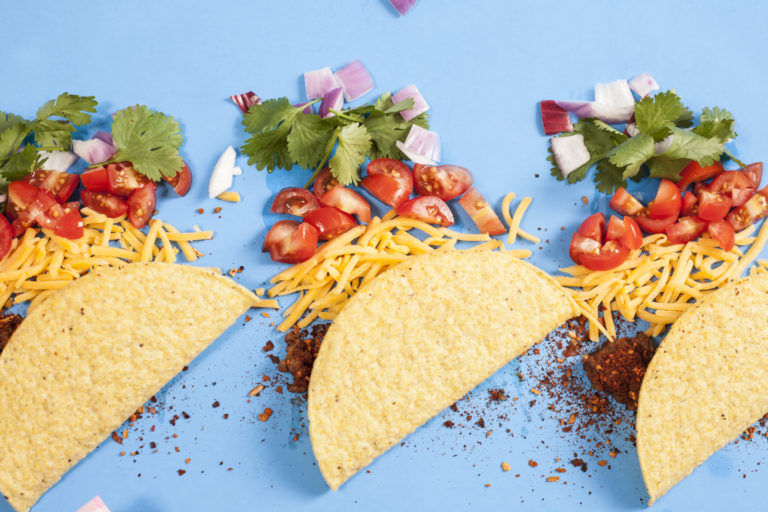 In the United States, Cinco de Mayo is typically celebrated by shamelessly scarfing down tacos and drinking way too many margaritas (at least where I come from). In fact, many Americans think it corresponds with Mexican Independence day, which in reality has absolutely nothing to do with the holiday.

MORE: Finally, a keto margarita recipe that lets you drink without regret

This year, we’re equipping you with some fun facts about Cinco de Mayo so you can appreciate the holiday for what it’s really all about. No, it’s not just an excuse to eat guacamole and drink margaritas — though that’s definitely become part of the tradition.

Like I said, Cinco de Mayo is not Mexican Independence Day (that’s actually September 16th). Way back in 1860s, Mexico defeated France in the the Battle of Puebla. This win staved off French aid to the Confederacy and effectively helped the Union during The Civil War.

The holiday became really popular in the 1950s in 60s when Mexican-Americans began to use the day as a way to celebrate their bi-nationality. Forgotten was The Battle of Puebla, and Cinco de Mayo became about the Mexican people, their heritage, and the pride they felt for where they came from.

Celebrations in the United States

The first Cinco de Mayo celebration took place in Southern California and one of the largest just so happens to keep it there. Los Angeles’s celebration, called Fiesta Broadway, is even bigger than the one that happens in the Mexican city of Puebla — where the actual battle took place. The Los Angeles street fest began in 1990s and has been hugely successful ever since with thousands coming out to celebrate. At its peak, over 600,000 people attended. Because let’s be real, Angelinos don’t need an excuse to party, eat street tacos, and drink margaritas.

Another, albeit more surprising, location to get your Cinco de Mayo on is Denver, CO. The “Celebrate Culture” Festival lasts two days and has 400,000 people flocking to Civic Center Park to celebrate. In addition to the typical festivities, the Denver iteration boasts a parade, a lowrider show, and a taco eating contest.

As we all know, Cinco de Mayo has had a lot of commercial success so it only makes sense that other countries would join in the festivities as well.

Not exactly sure how this relates to the theme (i.e. Mexican culture), but Vancouver celebrates with a tradition called “skydiving boogie.” That’s right, Canada literally puts on an aerial show and jumps out of planes for Cinco de Mayo.

On that same token, at the Hard Rock Cafe in Cayman Islands there is an annual air guitar competition held for Cinco de Mayo. On top of that, the island has also hosts a 5k run to celebrate the day. But don’t worry, after you run, you get to feast on all the Mexican food your heart desires. Can you say cheat meal?

In addition to the normal stuff, Chandler, AZ celebrates Cinco de mayo with Chihuahua races. Chihuahua owners enter their pups in a race and receive a large cash prize if their dog is the fastest.

May 5th is a huge day for avocado sales. The California Avocado Commission reports that 87 million pounds of avocados are purchased for Cinco de Mayo celebrations alone. That’s a lot of guac.

Tequila comes from plants. You heard it here first folks, tequila is basically a vegetable. It’s made from blue agave, which according to WebMD, the core of plant contains the “honey water” used in tequila production.

In 2013, a Guinness World Record was set when the largest serving of guacamole ever was prepared! Weighing in at 5,885.24 pounds, imagine guacamole the size of an elephant.

It’s true what they say — everything is more expensive in New York City. The world’s most expensive margarita was created in 2013 at 230 FIFTH Rooftop Bar & Penthouse Lounge. It costs $1,200. Luckily, it was that expensive for a good cause. Half of the purchase price went to a charity of the drinker’s choice.

Americans consume up to 81 million pounds of avocados every year.

There is an official dish of Cinco de Mayo (and it’s NOT tacos) called mole poblano. It’s traditionally eaten in the town of Puebla and contains chili pepper, chocolate, and spices.