The top 14 Mexican restaurants in America 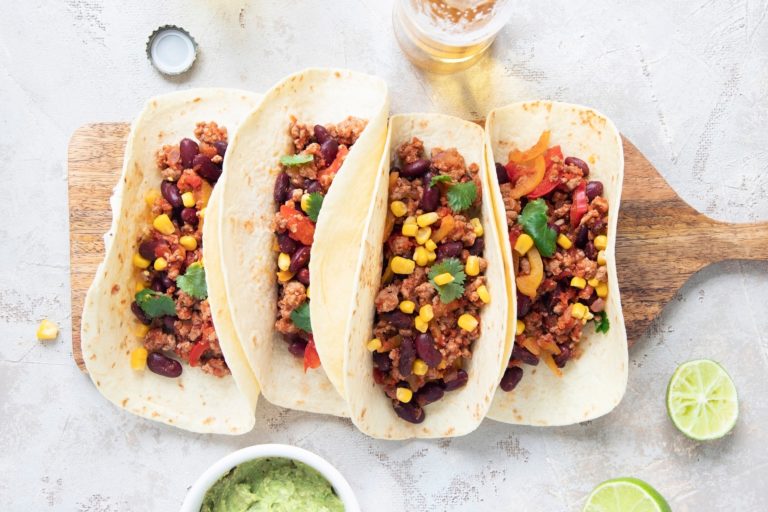 If you are planning on celebrating Cinco de Mayo this year, think past the margarita madness pitchers and look for food that has a distinct south of the border flair.

This is a better way to celebrate this holiday, which actually commemorates Mexican troops beating the pants off France. There are plenty of family-friendly places that eschew the Americanized version of Mexican cuisine and instead deliver authentic Mexican cuisine. Here are some of the top-rated Mexican restaurants in America.

Not only do people from all over taco-truck-filled Southern California come for hours to stand in line at this local joint, but it was anointed by culinary great Julia Child as one of her favorite places to get Mexican food, as reported on Money Inc . This did wonders for the restaurant’s reputation by bringing tourists from all over the world but made the wait incredibly long. If you are willing to line up you will be rewarded with delicious tacos, tamales, horchata, and other Mexican treats.

A restaurant that has stayed in business since 1922 deserves some props. El Charro is the oldest Mexican restaurant in the country. It was founded by a woman and is still being run by the same family. This family affair was named one of America’s most legendary restaurants by Gourmet. Before you pass this off as another tourist destination, the locals love it, too — they voted it the best Mexican restaurant in Tucson nine years in a row.

This graffiti-covered cafe is at the top of many “best of” lists. The cafe’s owner, Silvana Esparza, has been up for the James Beard Foundation Award four times. This is most likely for her inventive take on classics like roasted poblanos with dried apricots and Yucatan pico de gallo.

Cutting into the landscape of gumbo joints, beignet cafes and po’ boy shops is this popular place on hip Magazine Street. Known as much for its grilled gulf fish as its tacos, Del Fuego is led by David Wright, a Napa Valley transplant, who uses earth-friendly ingredients — all the way down to the straws, which are made from pasta.

Named one of the 31 best Mexican places in America in 2016, this Texan outpost uses healthy, non-GMO ingredients so you can feel less guilty about ordering one of everything. The restaurant is focused on providing a cultural experience — they even offer culinary trips to Oaxaca, Mexico, to devoted followers.

We had so much fun with @ruleandlevelstudio shooting recipes for our cookbook. Here's a #tbt of our churros available for off-site events. 📸 @evakolenko

The Mission District in San Francisco is known for burritos, so for a Mexican restaurant in the Bay Area to stand out, it has to be good. Nopalito takes pride in only using fresh, organic ingredients from local farms and makes everything from scratch.

One of Time Out’s best Mexican restaurants in 2015 is far from the border but on point when it comes to Mexican flavors. Chef Enrique Olvera, who is from Mexico City, creates small plates for New Yorkers with ingredients from across the globe, giving Cosme a fusion cuisine vibe.

Headed by chef Hugo Ortega, who was a finalist for the James Beard Foundation Outstanding Chef Award, this restaurant has been named one of the best by Eater, Travel + Leisure and many others. Hugo’s is situated in an old restored 1925 art deco building, and Chef Ortega prides himself on serving up authentic Mexican cuisine.

Celebrating Taco Tuesday with a side of sunshine ☀️

Nuestra Cocina has been singled out in the Northwest for its genuine self-described “peasant” food. There is even someone on hand to press homemade tortillas by the pound. The chef, Benjamin Gonzales, even offers cooking classes forthe various regional foods offered on the menu, such as dishes from Tampico and Veracruz.

Topolobampo was named Outstanding Restaurant from the James Beard Foundation in 2017. The popular joint is the sister restaurant to Fronteria, opened and manned by Chef Rick Bayless. His PBS TV show Mexico: One Plate At A Time is a primer in all things taco and beyond. The restaurant offers food pairings and a variety of tasting menus, one of which gives you the opportunity to try the restaurant’s top seven dishes.

The perfect #Halloween is spent at Taqueria del Sol 🎃 Fuel up before trick-or-treating tonight with Jalapeño Cheese Dip for the kiddos and House Margaritas for the grown-ups! Happy Halloween- don’t get too spooky tonight! 👻☠️🌮 Also sending a BIG shout-out to @alittlepaperdoll for her recent visit to #TDS and this beautiful picture!

Taquieria del Soul serves up Mexican food with a Southern twist. Chef Eddie Hernandez creates soul food, like fried chicken and sloppy Joes, in tortillas for a taco twist on Southern favorite. Other offerings like shrimp corn chowder and the Memphis taco are part of the reason why Taqueria del Sol was named best in the nation by Thrillist in 2017.

This institution on the outskirts of Los Angeles serves gourmet Mexican. Chef Roberto Berrelleza, who cooks everything himself, has created unique dishes such as the shrimp “Elba,” which is shrimp sautéed in tequila and featuring a banana chipotle sauce. Inventive items like this landed Babita on many “best of” lists, including MSN’s top 50 Mexican restaurants in America in 2015.

Came for #SparklingFest, stayed for #latenight menu antojitos. #ICYMI we're open 'til 12AM Sun-Weds and 2AM Thurs-Sat.

Chef José Andrés has brought a bit of Mexico City to the power players in D.C. with his restaurant Oyamel Cocina Mexicana. Andrés, who is from Spain, has been named Outstanding Chef by the James Beard Foundation, as well as one of Time’s  100 most influential people for his philanthropic work. He even donated free meals to furloughed workers during the government shutdown this year. His popular cocina offers tacos, ceviche and small plates. For an Oaxacan flair, try the sautéed grasshoppers.

Awarded by the James Beard Foundation for being an American Classic, this eatery, which has been open for 25 years, is a tribute to the owners’ Oaxacan roots. The place has become so popular that the owners opened an online store where they sell their mole sauce and Michelada mix. Now anyone in the world with an internet connection can create (close to) authentic Oaxacan cuisine.