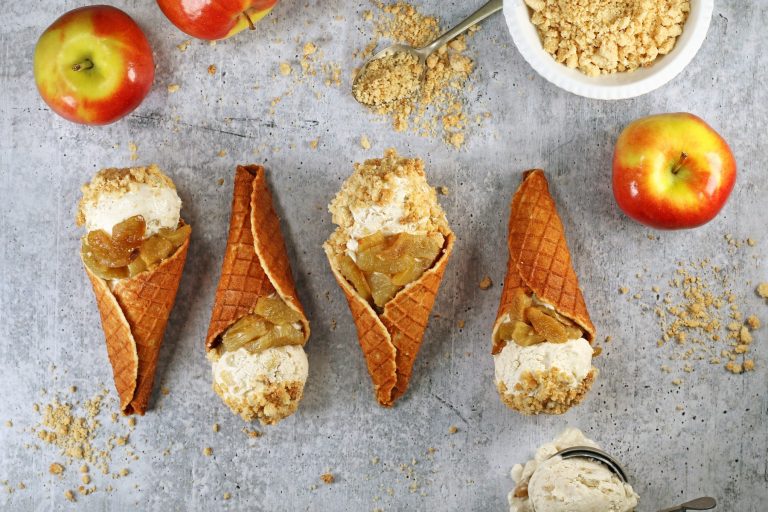 As colder weather creeps in, cinnamon, nutmeg and ginger replace the citrus and mint of summer, and apple-based recipes such as cake, pie, cobbler and crumble take over kitchens and café menus. Apples and low-carb diets do not mix — but who can resist the warming apple treats of the season? To the rescue: chayote! A crispy almond-flour waffle cone meets creamy, no-churn ice cream, buttery shortbread crumbs, and roasted faux apples in this keto apple cobbler dessert with an ice cream cone twist.

You can’t have apples on a keto diet, right?

In this sneaky recipe, I transform a vegetable from the squash family into an Instagram-worthy keto dessert that checks all the flavor and texture boxes of your standard high-carb, autumn-scented apple dessert. Firm, flavorless and naturally low-carb, chayote squash offers a flavor remarkably similar to roasted apples when cooked with warm spices. 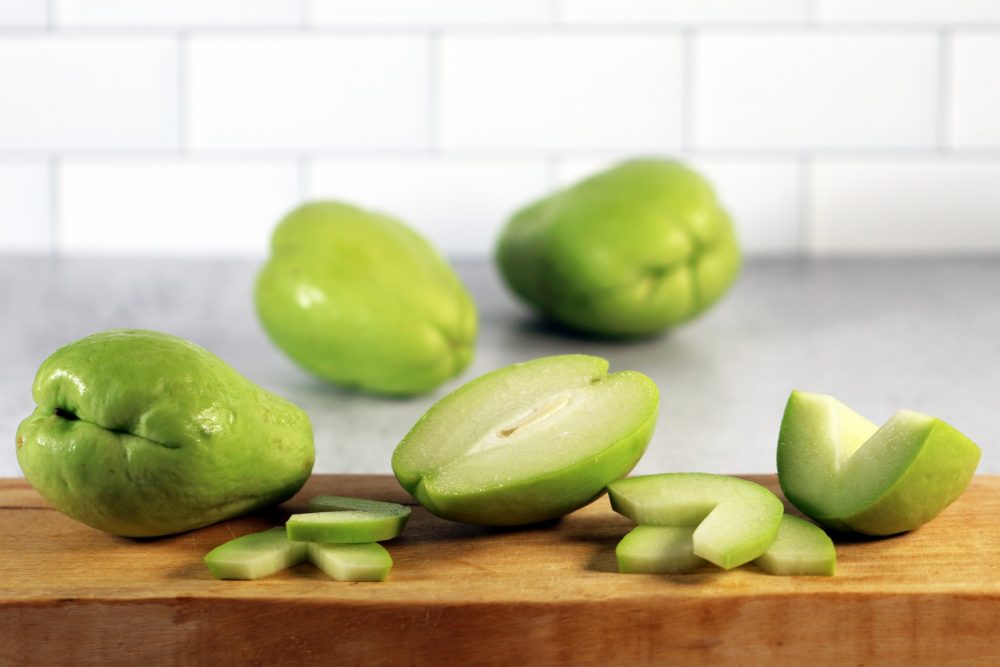 In post-World War II Australia, where apples were scarce and don’t grow well, chayote often was used as a substitute in apple pie recipes. Conversely, chayotes grow in abundance in Australia and are a popular vegetable dish to this day. 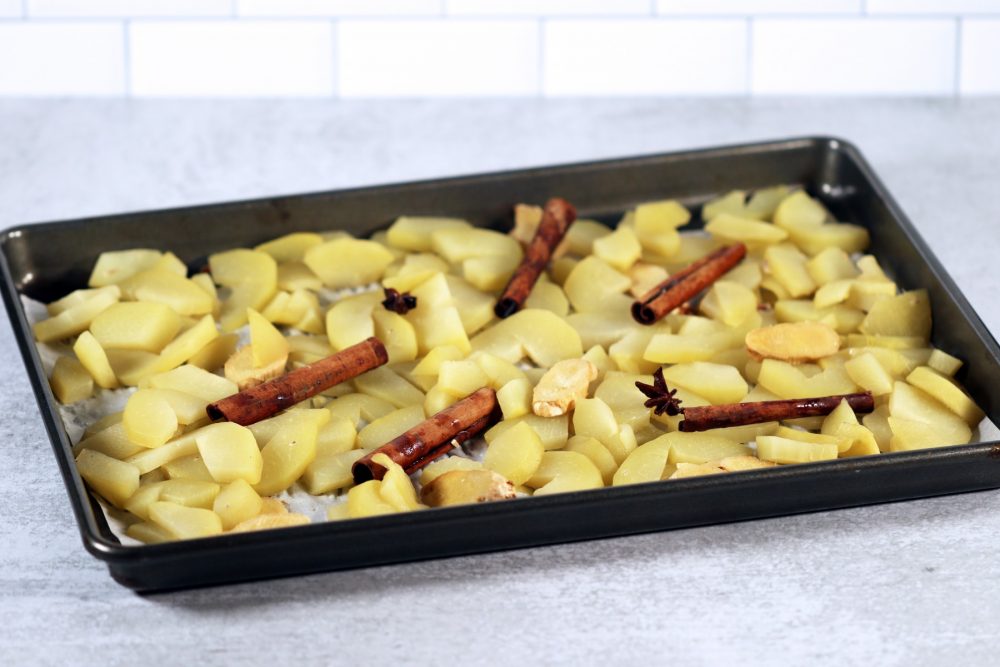 As the co-founder of The Sola Company and initial developer of Sola sweetener, I highly recommend this sugar substitute for sweetening low-carb recipes. I created the sweetener because of a personal mission as a chef: to make a sweetener that actually worked like sugar in recipes. Sola caramelizes and gets sticky, helps cakes rise and brown, and keeps ice cream soft. It uses ingredients found in nature, measures 1:1 like sugar, and has been clinically tested to show no impact on blood sugar or insulin levels. It tastes just like cane sugar but packs 75 percent fewer calories and 0 net carbs.

Sola sweetener is made from: 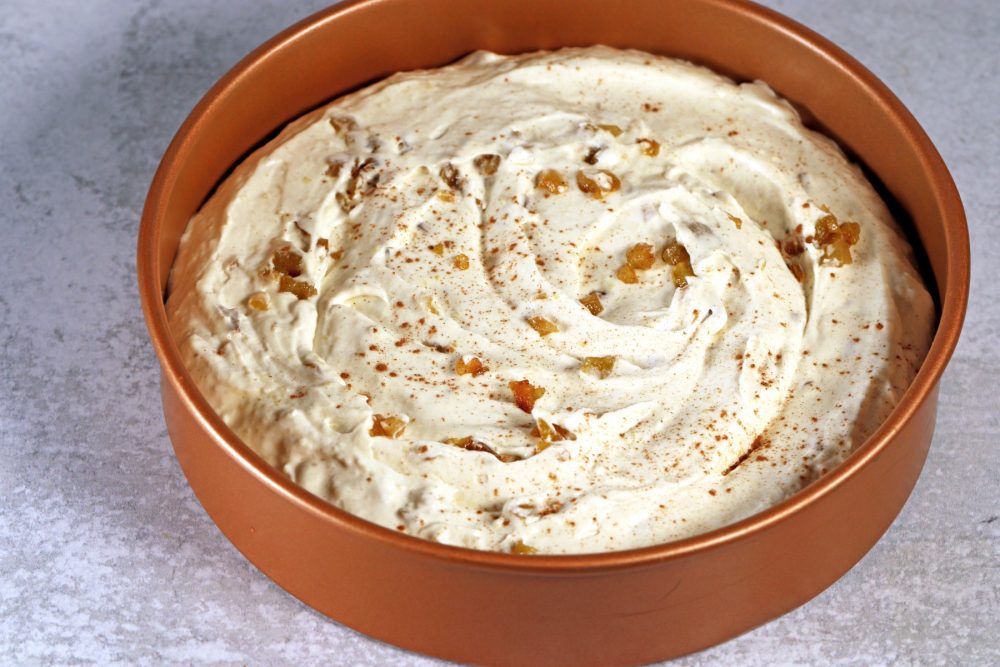 If you can’t find Sola sweetener, here are some other recommendations you can use to make these keto apple cobbler cones:

In the keto apple cobbler waffle cone recipe below, we’ll walk you through every step from making your roasting your “apples”, cooking and forming a keto waffle cone and perfectly churning low-card ice cream. 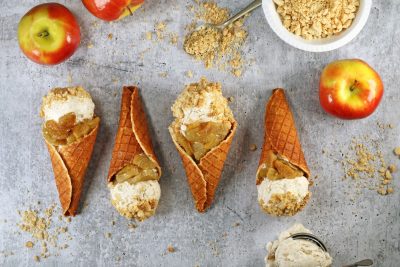 Although the total carb count comes in at 60 grams, 46 grams of those are from a low-glycemic sweetener. The net carb count is 9 grams (60 grams total carbs minus 46 grams sweetener and 5 grams fiber).

* Percent Daily Values are based on a 2,000 calorie diet. Your daily values may be higher or lower depending on your calorie needs.