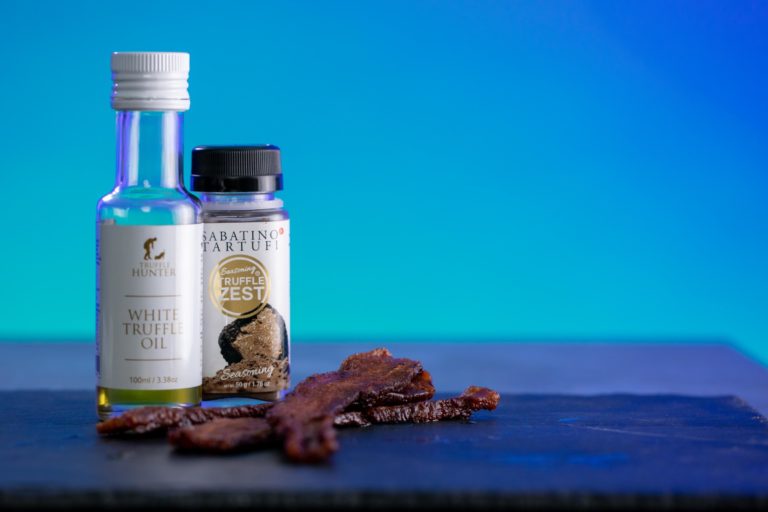 If you’ve been following Thanksgiving & Co. recently, you’ve noticed that we’ve been developing our very own recipes: jellybean “Dole Whip,” Peeps grilled cheese, even a vegan version of deviled “eggs.” But when our creative director suggested making truffle bacon, we scoffed. That has to be a thing. There’s no way someone on the interwebs hasn’t attempted truffle bacon already. Right?

Wrong. After a thorough search, we came up completely empty (and dumbfounded, at that). Bacon chocolate truffles exist. A truffled bacon oatmeal recipe wins internet searches but — don’t be fooled — the oatmeal is simply topped with bacon and drizzled with truffle oil. No one has actually made truffle bacon. And it would be the perfect addition to any holiday brunch.

Enter the TG & Co. team. We’re always up to the task, especially when it involves making (and eating) bacon. 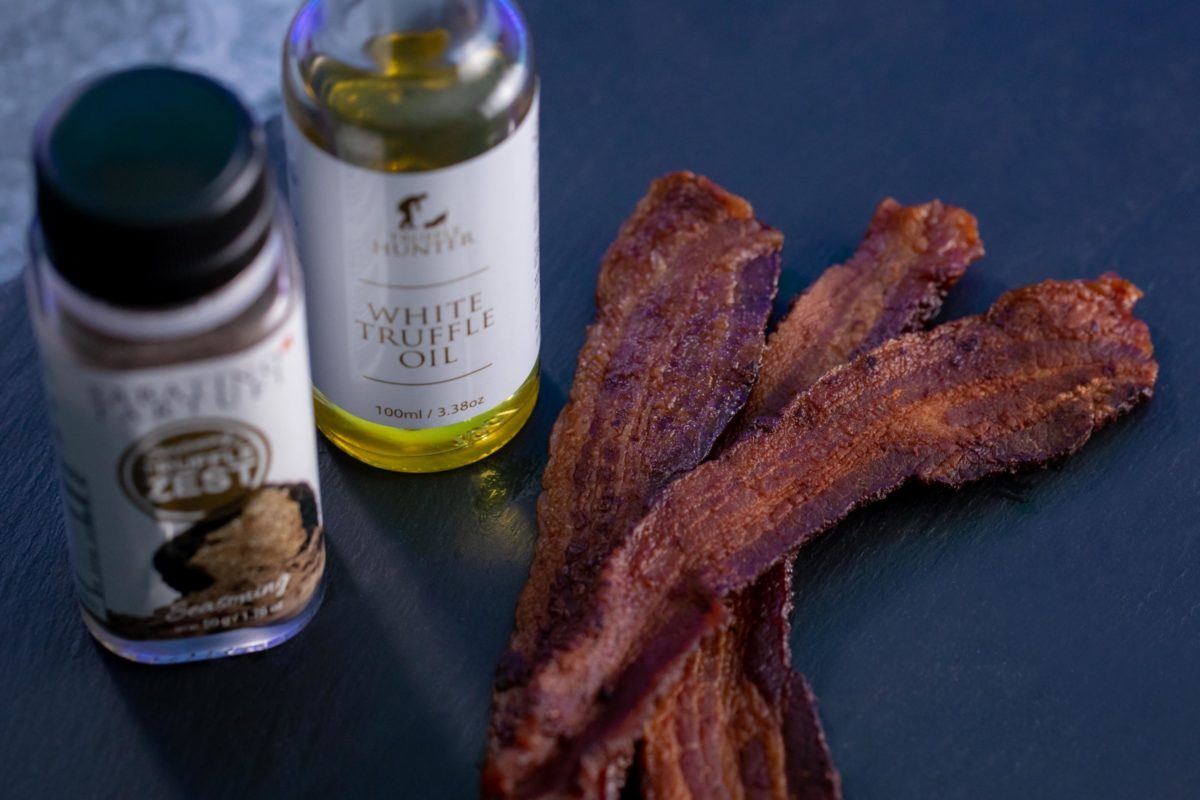 Truffles have a surprising amount of nutrients. While truffles taste indulgent, 1 cup has only 0.2g fat, and the carbohydrate profile is even more surprising. One cup packs 20g carbohydrates — but it’s all dietary fiber. Bacon with a side of Smooth Move: Win/win. Truffles also contain important micronutrients such as vitamin C, phosphorus, sodium, calcium, magnesium, manganese and iron.

Black and white truffles differ. Both have earthy, pungent flavors that intensify when cooked, but white truffles are more fragrant and flavorful (hence the heavier price tag). Although white truffles pack more punch for your taste buds, their aroma fades much faster than black truffles. No wonder the office smelled for days.

Harvesting season also differs. White truffles are typically harvested between September and December, and black truffles, between December and February.

MORE: How to infuse your Easter carrot cake with CBD

Truffles cost so much because they’re difficult to farm. They live inside tree roots, making them nearly impossible to plant and grow in a field. Specially trained dogs and other animals with good sniffers are employed to find them, and then farmers dig them up.

OMG fact: Australia just produced a black truffle that weighed 2 3/4 pounds. It sold for more than $2,000. (We don’t suggest buying that one.) An ounce of truffle sells for about $80 online. Don’t worry: Our recipe doesn’t call for that much.

Now that you can adequately compete in a trivia match about truffles, why don’t we get to the recipe? Watch the video below or scroll down to get the written recipe.

You’re so close to stuffing your face with truffle bacon, the fancy rendition of breakfast meat. You’re welcome. 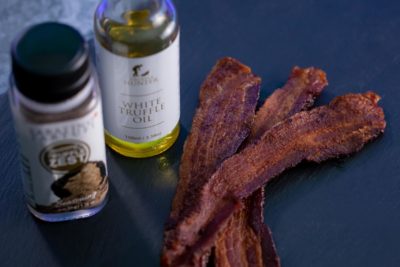 Use thick-cut bacon from a deli or butcher. No need for extra salt, pepper or oil on the pan or baking sheet (the natural bacon grease keeps everything from sticking).