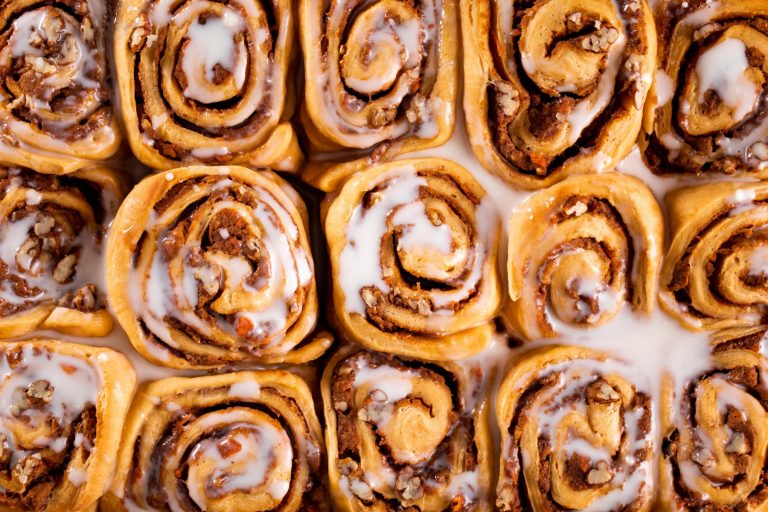 As Thanksgiving approaches, everyone’s talking turkey. Like, literally — Thanksgiving dinner gets all the glory. But you know what deserves just as much fanfare? Thanksgiving breakfast. Waiting all day to be grateful for the food you’re stuffing in your gullet is fine. Tradition, even. But there’s something to be said for the instant gratification that comes with waking up and enjoying a cozy Thanksgiving meal first thing in the morning.

Of course, not just any ol’ breakfast will do. For such a food-centric holiday, you need something befitting of its autumnal vibes. And if you’re in search of a few ideas to get this new tradition underway (we’re speaking it into existence), look no further than the following recipes you’ll definitely give thanks for come Thanksgiving morning. 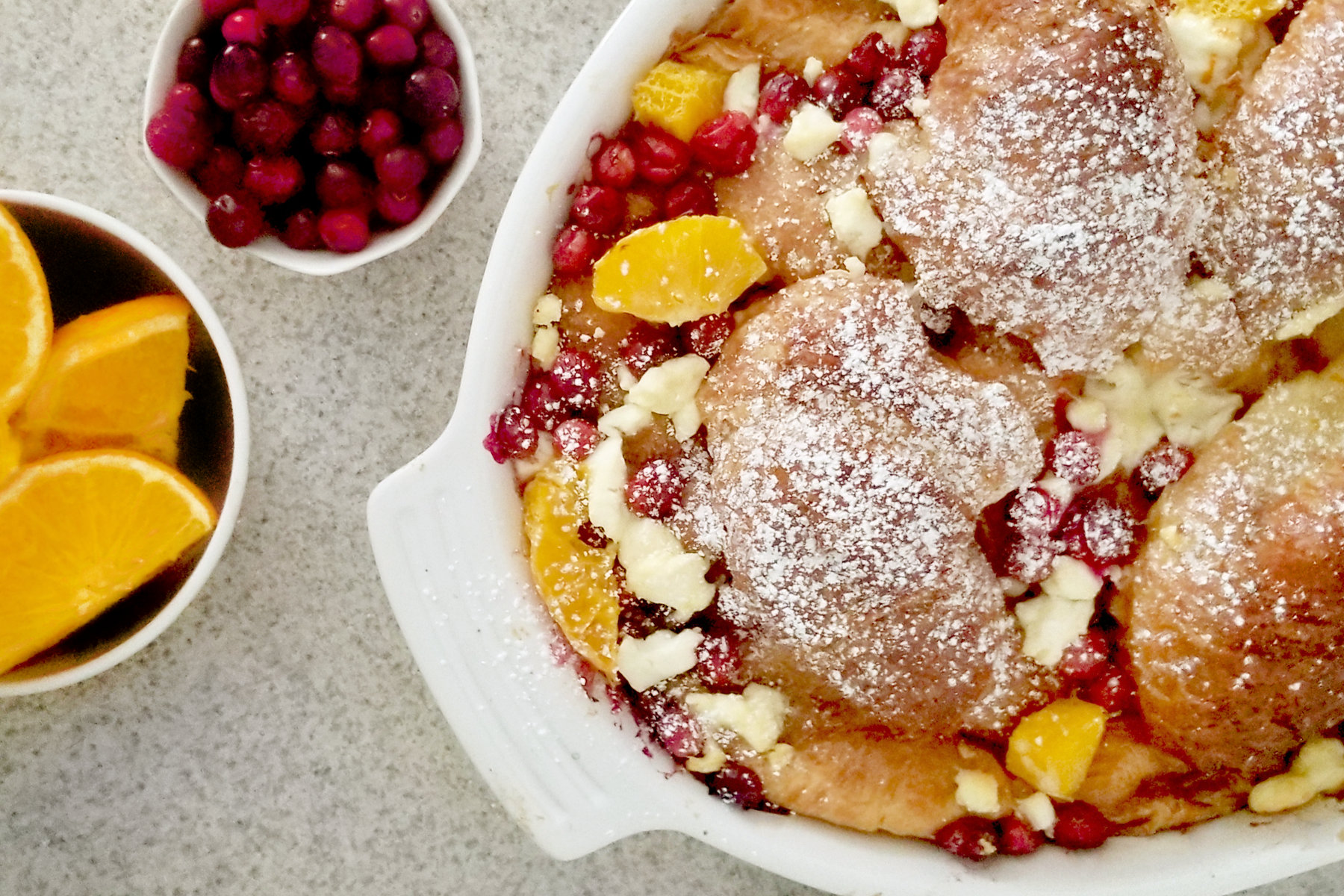 There’s never a bad time for French toast, but this particular version is the stuff fall dreams are made of. Cranberries and oranges give it festive flavor, while goat cheese makes for an unexpected surprise. Coupled with the fact this French toast is made using fresh croissants, you can’t ask for much more in a Thanksgiving morning recipe.

Who says churros can only be dessert? These churros are low-carb, have no added sugar, and the star ingredient is pumpkin — so, heretofore, it’s basically health food. Okay, so not quite but still… can you imagine your little ones’ faces when they wake up on Thanksgiving morning to pumpkin spice churros? 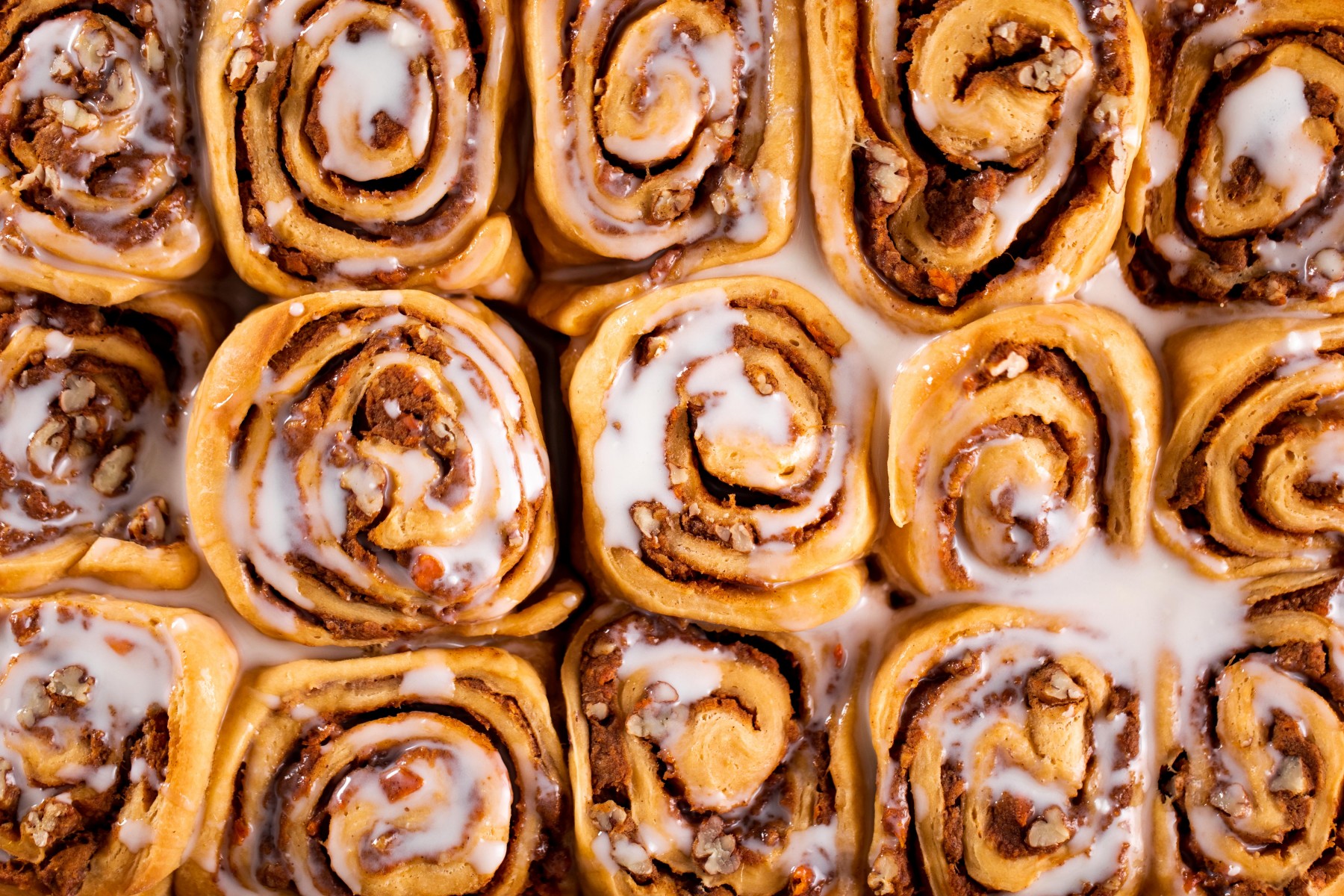 Let them eat cake! Everyone knows bundt cake is perfectly acceptable for breakfast (it’s us, we’re everyone), and that’s doubly true when the bundt cake tastes like pumpkin pie. A brown sugar glaze and toasted pecans add a touch of decadence, true. But what are the holidays for if not living a little? 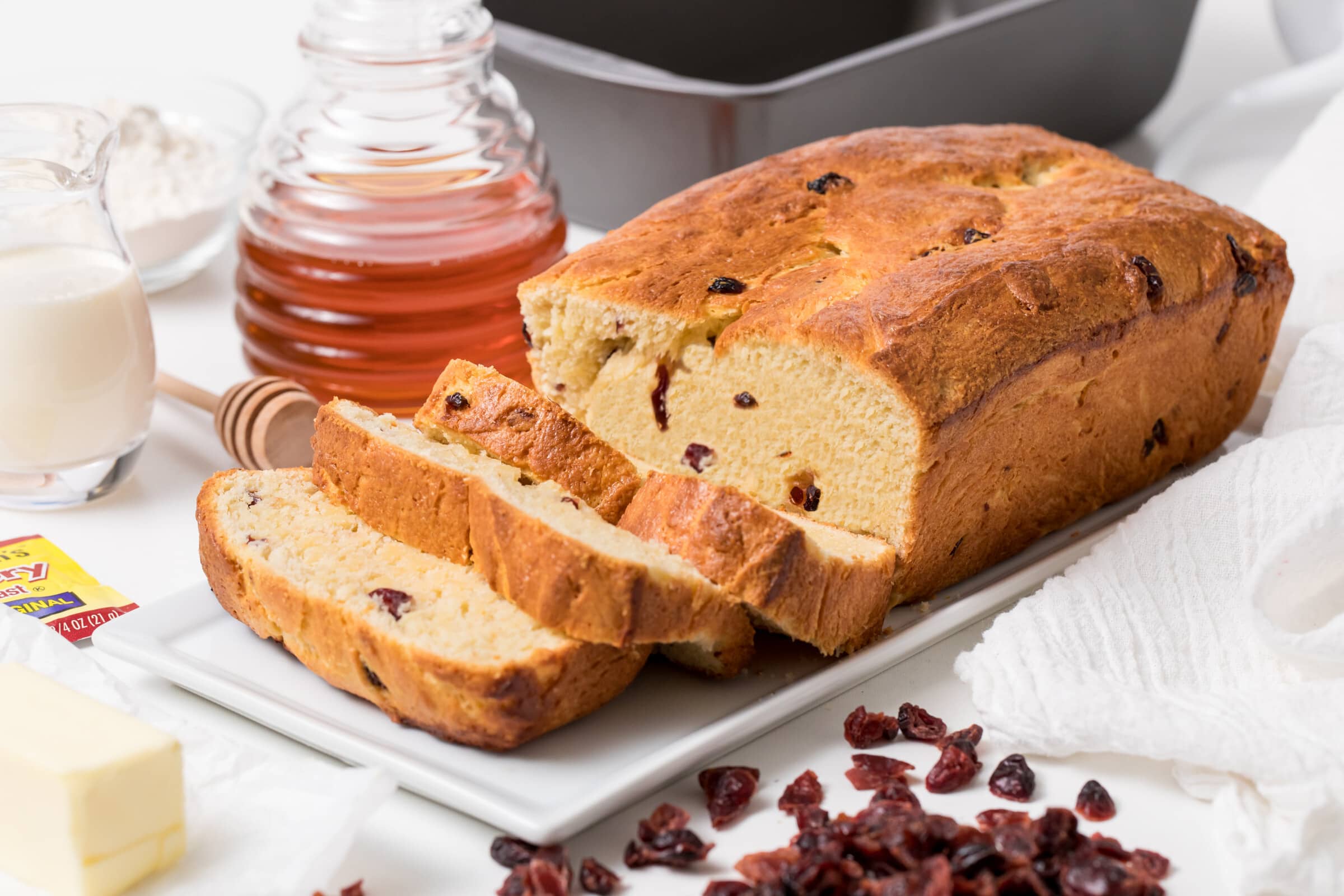 There’s something about homemade baked bread that feels like a must-have during the holiday season. This recipe really amps up the cozy fall feels with the addition of warm honey, heavy cream, and cranberries. Besides, honey and cream cranberry bread just sounds heavenly, doesn’t it?

The wait until Thanksgiving dinner can feel torturously long, especially since you don’t want to eat too much early in the day and spoil your appetite. That makes this sweet potato oatmeal with pecan crumble a smart pick. It has the festive flavors you love (it’s like sweet potato pudding’s healthier cousin) and will keep you satiated until turkey time.

Biscuit Waffles with Turkey and Gravy 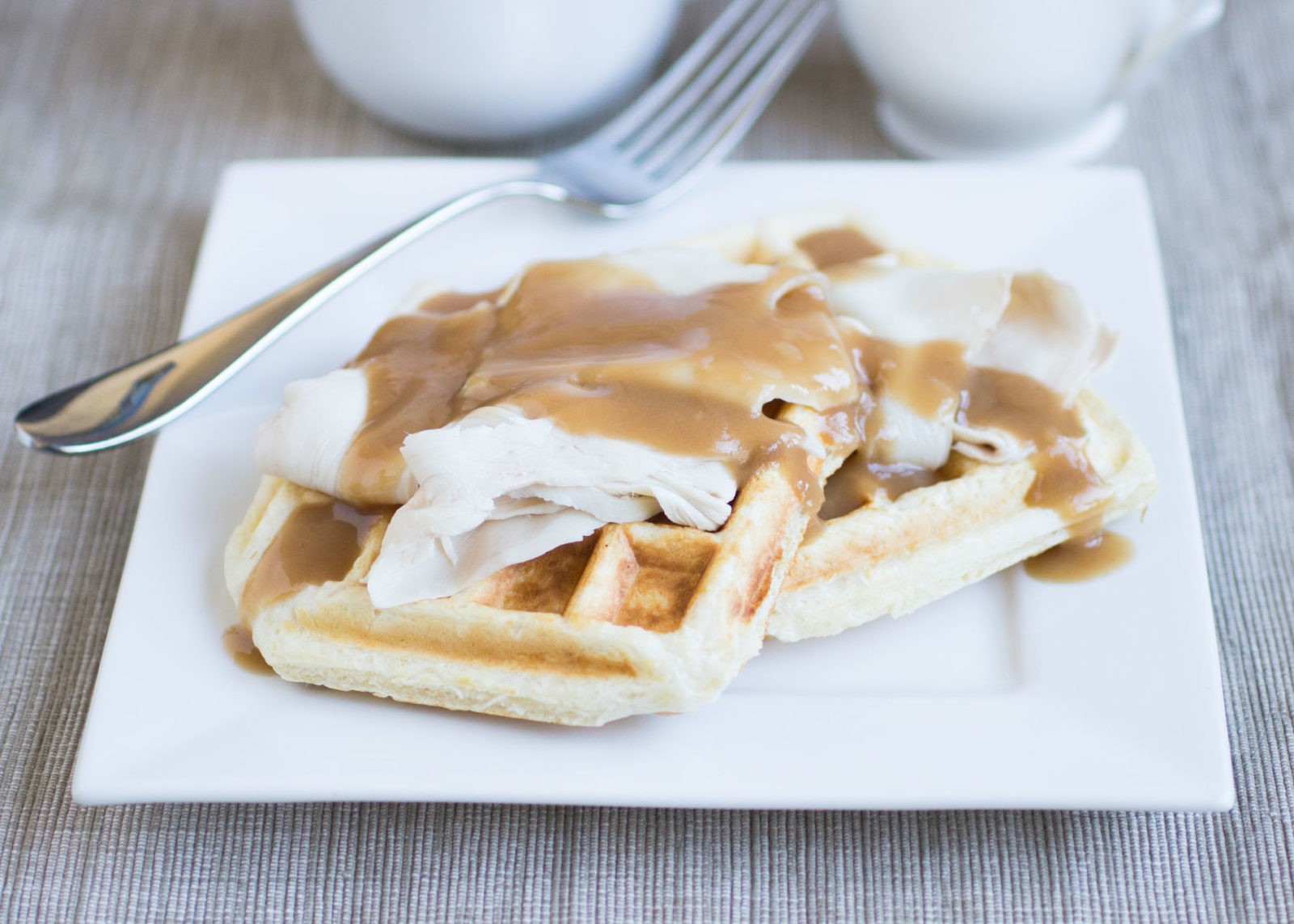 Speaking of turkey, you don’t really have to wait until later in the day to get a taste. This genius recipe starts with putting biscuit batter in your waffle maker, so you know it’s gonna be good. The addition of turkey and gravy turns it into breakfast nirvana. Bonus? It’s even better the morning after Thanksgiving.

We don’t know about you, but we count down the days each year until eggnog season. So, you can be sure we’re on the lookout for any way to use this creamy, dreamy drink in, well, everything. With the heartiness of oatmeal and a hint of eggnog, these mini-muffins prove to be a worthy bake.

MORE: 11 Unique Thanksgiving side dishes to add to your menu

Not everyone is a fan of sweet treats for breakfast. If you gravitate more toward a savory plate in the morning, you won’t find a better fit than sweet potato pancakes with fried eggs and turkey gravy. This recipe could also be great for post-holiday mornings, when that heapin’ hunk of turkey in the fridge is begging to be used up. 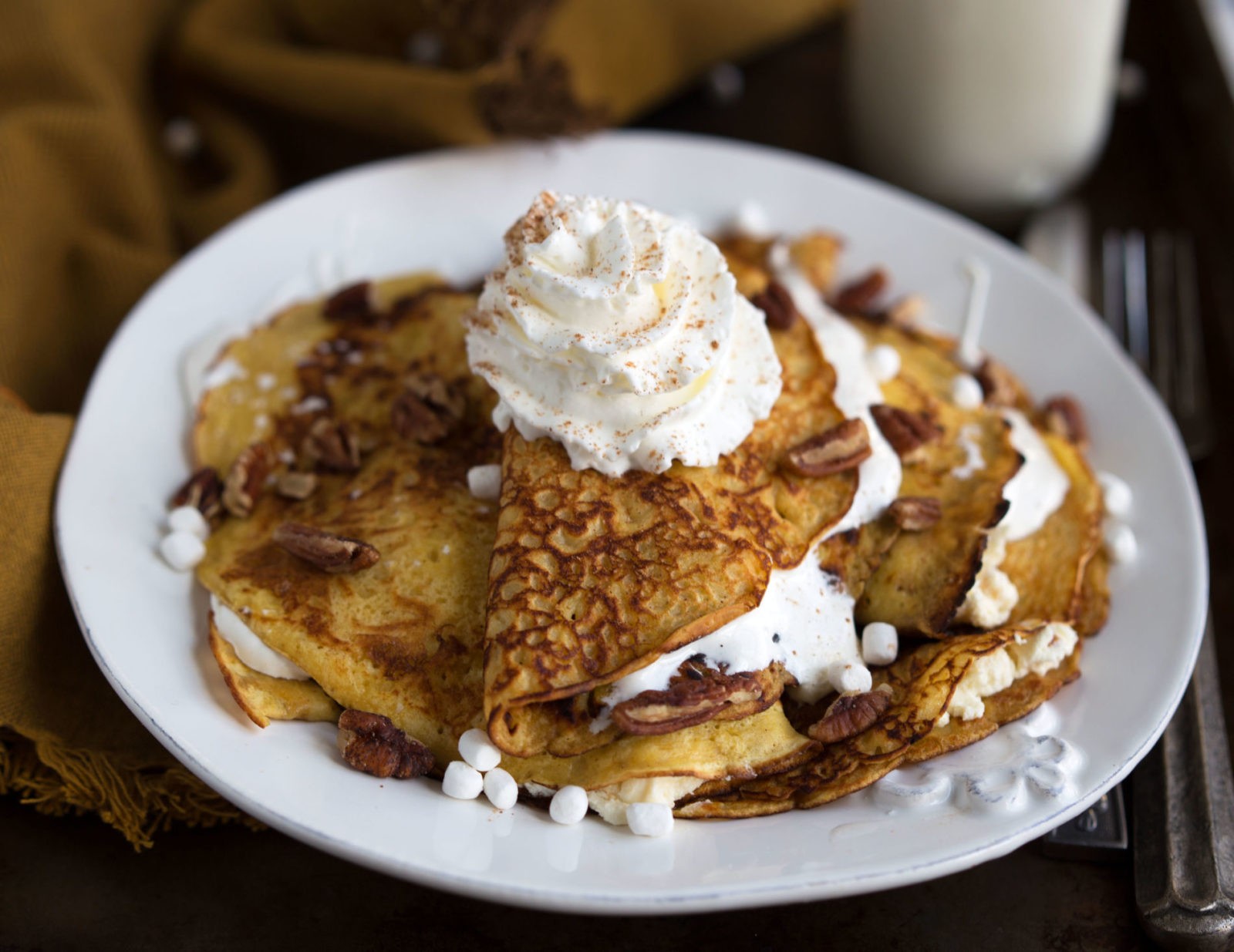 They’re pumpkin crepes. With ricotta filling. And topped with whipped cream, pecans and, if you dare, tiny marshmallows. We don’t really have to hard-sell you on whipping up a batch of these for Thanksgiving breakfast, do we?

Looking for another Thanksgiving breakfast idea? Check out our keto coffee cake recipe below.