How to ease anxiety around the presidential election 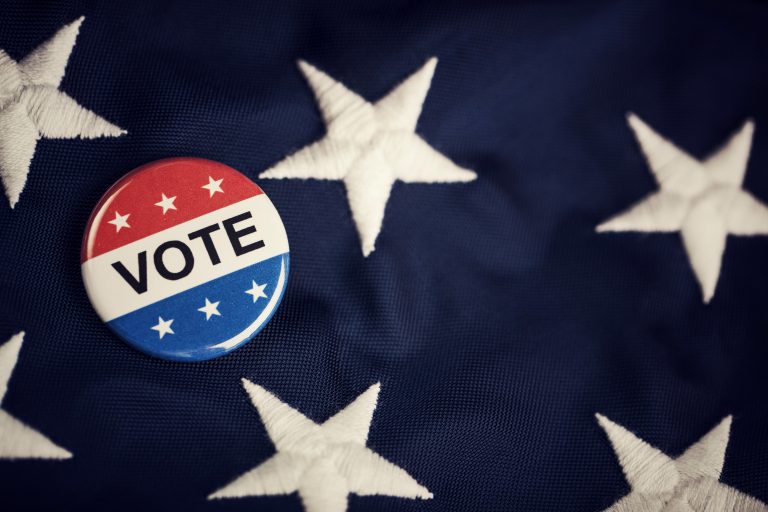 If we’re really being honest, it sort of feels like we’re still recovering from the 2016 presidential election anxiety, right? After all, it was a doozy. So much so, in fact, that after the last election, psychologist Dr. Steven Stosny coined the term “headline stress disorder” — a term for the way breaking news during the election cycle and beyond made people feel anxious and upset.

Similarly, a 2016 survey by the American Psychological Association found that more than half of American people polled cited the 2016 presidential election as a “very or somewhat significant source of stress.”

Walk with us through a few ways to combat the panic creeping steadily into your daily life as the 2020 presidential election approaches.

This likely comes as no great shock to you, but Facebook is not the most reliable source of accurate and unbiased news. It may be the quickest and most convenient. But reliable? Not really, and here’s why. Facebook serves as an aggregate news source, where users post content from all over the web. Often, the articles being shared serve to further the sharer’s confirmation bias. In other words, they’re sharing sources that seem to corroborate their beliefs. All too often, this means that unvetted information from personal blogs, far-leaning (to the right or left) websites and other unreliable sources can go viral quickly with little to no fact-checking involved.

If you like visuals, Ad Fontes Media regularly updates its Media Bias Chart to reflect news sources that are known for neutral reporting (as well as those that lean to the extreme left or extreme right). Want to know a little hack? Trusted foreign news sources like BBC are more likely to report less biased information about American politics than American cable news will.

MORE: Workplace burnout: How to know if you have it

There’s no denying that we live in a world of 24-7 consumption. News banners are updated every second. Social media feeds display a steady stream of status updates. And during election season, it can seem impossible to avoid binge-consuming information. Admittedly, it can be a tricky thing to do, but we have to pace ourselves.

This is a marathon, not a sprint. You can’t go all-in every single day, or you just won’t make it through the election season without losing your mind a little. What you can do is manage your stress by managing your news consumption. This doesn’t make you an uninformed or unconcerned citizen. Other countries have far shorter election cycles and still manage to glean all the information they need to elect decent leaders. Spin your wheels wisely and you’ll still get where you need to go.

Digital clipping apps like Flipboard and Pocket are a great resource for managing your consumption. You can flag things you’re interested in reading but may be too overwhelmed to read in one sitting, and then you can circle back around to them later.

Step away from social media

During the last election cycle, I felt overwhelmed enough by the constant barrage of questionable “news” being shared on social media that I unfollowed — not unfriended, but simply unfollowed, in most cases — several friends. In my opinion, certain people were not only contributing to my election-based anxiety, but they were also participating in the hyper-polarization taking place in the country.

Just because we live in the social media age, doesn’t mean you always have to be keyed in. It’s OK to log off if you find that you’re being pulled into destructive behavior (e.g. arguing with random strangers on comment threads), or if you notice you feel increasingly stressed or upset when you’re scrolling.

A 2013 study found that Facebook is linked to less overall life satisfaction, and spending time on it can undermine a person’s well-being. So, you can imagine how that could be especially true during a super-intense election cycle like the one we’re expecting in 2020.

Considering we just talked about stepping away, it may seem counter-intuitive to now say you need to stay engaged. There’s a difference, though. You can take breaks from social media and other sources of stressful information without taking your finger off the political pulse entirely.

Being engaged and active is good for democracy which, in turn, can hopefully make elections less stressful in the future. We can’t withdraw completely, because what would that accomplish? Ultimately, you’d just wind up feeling even more isolated.

A better bet if you feel helpless or hopeless during this election cycle is to throw your energy into a cause you believe in. Maybe it’s campaigning for a local politician you love. Maybe it’s helping to educate people in rural areas about where they can go to vote. Turning unproductive anxiety into productive anxiety could go a long way toward making the 2020 election more bearable for you.

Don’t let anyone convince you that your anxiety isn’t valid — and especially don’t let other people’s narratives about anxiety lead you to belittle yourself. I remember after the last election seeing so many posts making fun of people who were having strong reactions to the outcome, and that sort of public scorn can certainly cut into your self-worth.

But want to know the truth? If you’re constantly having to fend off your own slings and arrows, you’ll absolutely be exhausted and emotionally drained throughout the election. Cut yourself some slack. Accept your emotions for what they are. It’s actually perfectly normal to experience anxiety about a big outcome.

MORE: Self-care advice for every member of your family, from a self-care expert

Think about what won’t change

It’s alarmingly easy to fall into the trap of imagining every single worst-case scenario of an election. I have kept myself up at night tossing and turning over how the country would look once the dust settled on an election.

The reality is that, once the ballots are cast, we don’t have any control over how things shake out — and dwelling on it is a surefire way to make you feel shitty.

So, instead of agonizing over all of the (often irrational) fears you have about life post-election, think about what you know will stay the same. Pull out a pen and some paper, and make a list of things you love that won’t be impacted one way or the other by the election.

Drawing can be great for stress relief. Learn how to draw like a pro with our comic book artist tips and tricks.