Most women don’t know about withdrawal bleeding, but they need to 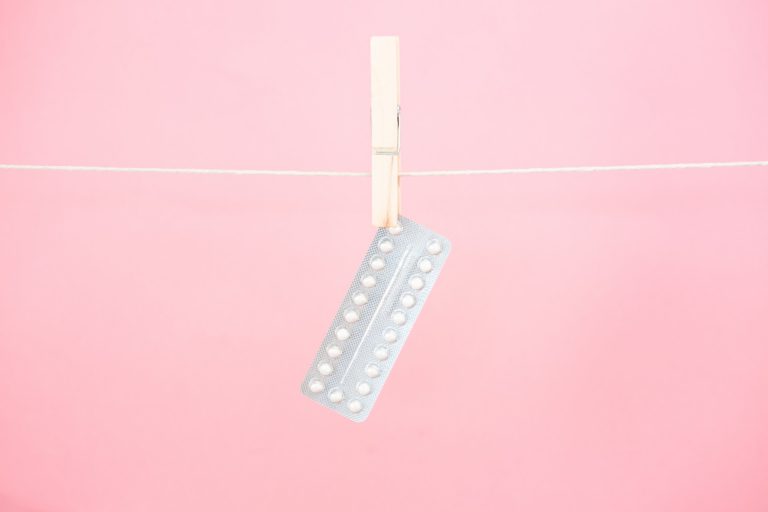 Are you one of the 6.2 million Americans who take a hormonal birth control pill each day? If so, do you know exactly how that little pill works its magic? If you’re familiar with traditional birth control pills, you know that you take three weeks of active pills followed by a week of placebo pills.  During that week of placebo pills, you have your period.

What you’re actually experiencing is called a “withdrawal bleed.” It’s not the same thing as a period, and it has zero health benefits.

Is this news to you? You’re not alone.

I was listening to this episode  of the “That’s So Retrograde” podcast, and hosts Stephanie Simbari and Elizabeth Kott were chatting with LOOM founder Erica Chidi Cohen about the various reasons people take hormonal birth control pills (to prevent pregnancy, yes, but also to clear up skin issues or to help eliminate cramps).

Cohen offered another reason, “Some people go on birth control because they actually don’t feel like bleeding. In the UK now, the new standard practice or recommendation when it comes to oral birth control or systemic birth control … is you don’t have to take the withdrawal pills in your pack anymore. You can just keep taking the normal pills.”

Simbari and Kott clarified that she was indeed saying that UK women are being advised not to take the placebo pills in their birth control pack, so these women are skipping their periods each month.

Cohen replied, “Yeah, because it’s not a real period; it’s just a withdrawal bleed. The fact that the withdrawal bleed was there was to give people this idea that it [your period] is kind of still happening, but it’s actually not.  It’s a manufactured bleed.”

Simbari and Kott freaked out.

I freaked out. Why did I not know this?

Kathryn Davis, MPH, educator, doula and period coach at LOOM, understands my frustration. “Right now, we’re trying to educate ourselves and then teach each other — our peers,” she says. “Then, we can change policy and change culture.”

First of all, a woman’s cycle is actually defined by her ovulation, not by her period.  A period is an after-effect of not getting pregnant.

Hannah Yelverton, CNM, prefers to call it a fertility cycle, because your cycle revolves around whether your egg gets fertilized … or not. She breaks it down this way, “Days 1 through 3/4/5/6/7, you are on your period. Then, you hit a little phase where you can’t get pregnant, but your uterus is getting soft and cushy and ready for an egg. Then you ovulate, and that is when your egg is released and floating, and it either gets attacked by sperm or it doesn’t. After ovulation happens, if you don’t get pregnant, all that cushy lining slushes out, and that’s what your period is.”

MORE: Should you put CBD in your food?

Yelverton says, in a 28-day cycle (“which nobody has,” she adds), you ovulate around day 14.  Most science agrees that there is a six-day fertility window (five days before ovulation and the day of) in which intercourse can lead to pregnancy.

Ok, so that’s your theoretical cycle situation if you are not on hormonal birth control.

So what happens to your cycle when you take the pill?

“When you’re on hormonal birth control, your ovarian functions are shut down. It hits a pause button on your natural rhythm of hormones,” says Davis, “and instead provides synthetic hormones. That’s what hormonal birth control is: steroid-based medicine. It’s almost like replacement hormone therapy, in a way.”

She explains that it’s formulated around that same 28-day cycle, and each active pill contains a little bit of synthetic hormone, except the placebo pills.

“It [a withdrawal bleed] is just your uterine lining getting triggered by the medicine and releasing a little bit of the lining because you’re withdrawing from that hormone.” Which, science has now decided, is not even necessary.

The Faculty of Sexual and Reproductive Health in the UK recently amended its guidelines, and it turns out that women have been misinformed on how to take the pill for more than 60 years. It states, “Traditionally, women have then either had seven pill-free days or taken seven placebo tablets; during this HFI, most women will have a withdrawal bleed due to endometrial shedding. It should be made clear to women that this bleed does not represent physiological menstruation and that it has no health benefit.”

Researchers even admit that having a monthly withdrawal bleed is “unnecessary and often inconvenient.”

If it’s so unnecessary, why was it a thing to begin with?

Apparently, birth control creator John Rock was hoping to win favor with the Pope and the Catholic Church by creating a pill that would mimic a woman’s natural cycle. Spoiler alert: He did not, but by then, the placebo week and the withdrawal period were already accepted standard practice in the making of birth control packs.

Ok, I’m freaked out by this information. What do I do now?

It’s important to note that all hormonal birth control is not created equally, and all human bodies are different and react differently to any kind of medication. Many different types of birth control are available: pills, barrier methods, IUDs, fertility apps. Some contain hormones, and some do not. (Bedsider.org is a fantastic resource for birth control method comparison.) No current medical information says that a withdrawal bleed is bad for your health; it’s just not necessary.

MORE: Not all women are biologically built for a flat tummy – here’s why

If you’re interested in taking birth control, or if you are second-guessing your current method, be upfront with your doctor about your concerns. Davis advises, “The best thing you can do as a patient [when talking to your doctor about birth control] is to be really clear about what your priorities are — like, ‘I’m actually not worried about getting pregnant, but I’m concerned with this acne all over my face,’ or ‘I know I want to have a family, but probably not for another 10 years or so.’”

Yelverton echoes that. She says when talking to your care provider, “Be clear about what you need, and tell the truth.” If you’re intimidated or embarrassed to have this conversation with your doctor, she says to start the conversation by explaining that you’re scared.

Doctors are humans, too. They get it. But, at the end of the day, it’s your body — and there’s nothing embarrassing about discussing the best option for you and your lifestyle.

Educate yourself. Know yourself. And then do what’s best for you.