Video games that are appropriate for kids 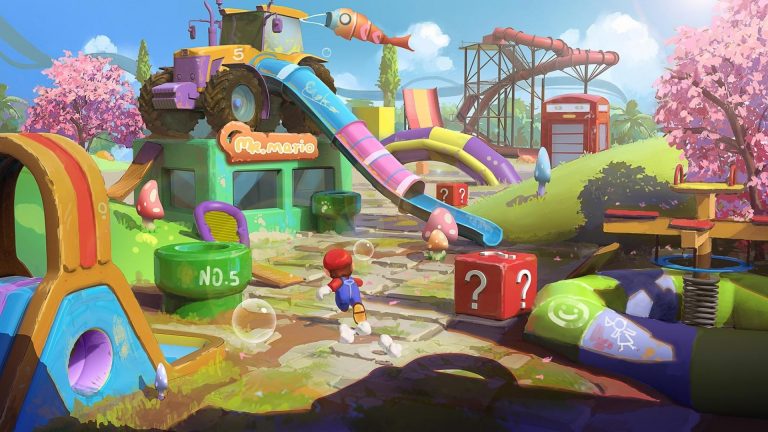 Video games have changed quite a bit since we spent our childhood days playing old-school “Super Mario World” and “Sonic the Hedgehog.” How do you pick video games that are appropriate for kids?

Don’t get us wrong — those games were a big deal and represented incredible advances in technology at the time. But we could never have anticipated the innovation in gaming still to come. Kids today enjoy a seemingly endless selection of options that blow our OG versions out of the water. But when it comes to kids, not all video games are created equal.

Want more? See other features on gratitude and thankfulness here!

Video games are more realistic than ever and, while that can be fun, it can make finding games without graphic violence or mature content all the more difficult.

Choosing games that are suitable for little eyes may feel like “Mission: Impossible” (which, coincidentally, is the name of a video game that doesn’t make the kid-friendly cut). They do exist, though, and — dare we say it? — they’re even more amazing than the games we grew up on. In other words, you probably won’t complain too much when your kids ask you to play, too.

Below, you’ll find a list of video games that are appropriate for kids — and that they’ll actually want to play.

If you ask us, Toad never got the hype he deserved. Until now, that is! In this clever puzzle game, “Captain Toad” steps out of Mario’s shadow to help players rescue Toadette. Kids will love its bright colors and charming graphics, while you’ll love the fact that all the puzzles engage their critical thinking skills.

With this energetic game, you won’t be able to keep the kids off the dance floor. And by “dance floor,” we mean your floor. Turn your living room into a dance party that is fun for the whole family with top bops like “24K Magic” by Bruno Mars, “Side by Side” by Ariana Grande, and “Swish Swish” by Katy Perry ft. Nicki Minaj.

It’s great for getting kids up off the couch and moving but is arguably better suited for the 10 and over crowd due to some more mature lyrics (and that twerking reindeer).

Let’s hear it for a strong female central character! In “Celeste,” gamers guide a girl named Madeline as she climbs a mountain.

This game is better suited to kids who are aged 10 and up due to some mild violence and the occasional pseudo curse word (“hell”) coming up. Still, we adore the retro 2-D graphics and the fact that it presents a great opportunity to talk to kids about heroines in gaming and beyond.

The beauty of these blasts from the past is that they contain no gory stuff. Plus, the games are challenging enough to keep your kids on their toes.

A great game for the 8 and under set, “Donut County” sees a raccoon named BK whose mission is collecting trash from the good people (read: talking animals) of the town. He accomplishes this through the use of a remote-controlled sinkhole.

This game proves easy to play and, in addition to the fun of being a roving sinkhole, kids will enjoy piecing together the mystery of the town’s trash collector.

You can’t get much more beautiful or more poignant than “Unravel Two” in a kids’ video game. Take the characters, for example. Called “Yarnys,” they are creatures made up of positive emotions. Although they are being chased by negative emotions, they never retaliate. In the game, the Yarnys work to help a group of kids on the run.

Friendship? You got it. Teamwork? Yep, that too.

If your little ones aren’t already on the “Minecraft” bandwagon, maybe now is the time to let them try this sandbox adventure game. Using building blocks, players can create basically anything their brains can imagine. They get a chance to explore the world and even help build ones in their vision, which fosters imagination and open-mindedness.

One word of caution, though: Monitor kids carefully if you allow them to play on a public server. You can’t control what other players bring to the game. (If worried, just play solo!)

You can’t go wrong when you combine two things practically every kid loves: LEGO and the Incredibles.

Based on Disney/Pixar’s beloved animated movies “The Incredibles” and the more recent “Incredibles 2,” this game allows players to become part of the Parr family. If your child watched the movies, they’ll get a kick out of completing missions spun out of actual sequences they watched onscreen.

Calling all future foodies! This arcade-style party game will put your little one to the test — can they keep their cool in a hectic kitchen setting long enough to prep and serve super-hungry patrons?

Players will drive their food truck through the Onion Kingdom, picking up new recipes and nailing food orders along the way. While solo play is available, you can ramp up the complexity and team-building by playing online with up to four players.

This ain’t your childhood Super Mario. Filled with vibrant graphics and a new story, this slick 3-D game will wow kids and parents alike. Bonus? When you go down a pipe, you seamlessly slide into a 2-D world akin to OG Super Mario Bros. And since there is an assist mode to help guide younger kids, this new classic can be enjoyed by the whole fam.