Put these family-friendly sequels on your 2019 calendar now 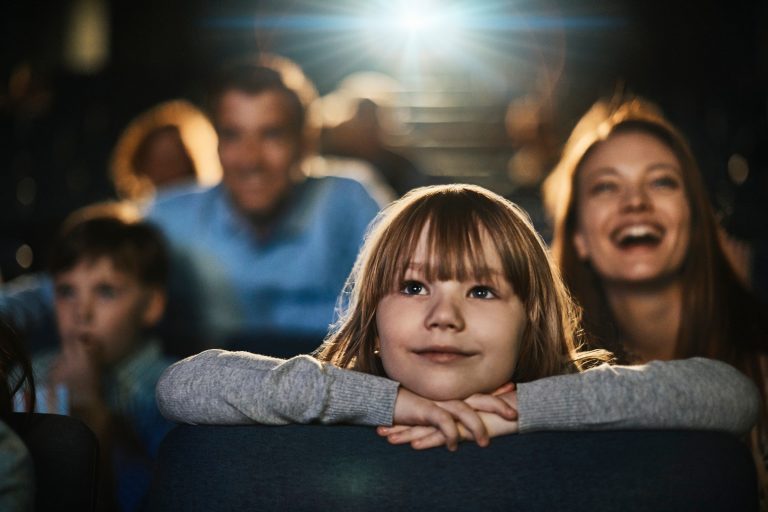 Who doesn’t love a good family-friendly sequel? They’re rooted in our own childhood nostalgia, bringing us back to a time when life was so much simpler — making them a wonderful chance to share those memories with our own kiddos.

Plus, they’re a fun excuse to get out of the house, whether avoiding winter’s cold weather or (eventually) in search of air-conditioned bliss for a hot summer escape.

2019 is destined to be the year of family-friendly sequels, including not one, not two, but three Disney live-action remakes. In fact, there’s so much to be excited about that we think you need to get these important dates in your calendar right now.

You don’t want to miss all the feel-good, family fun!

Want more? See other features on gratitude and thankfulness here!

The Lego Movie 2: The Second Part

Sure there have been a couple of fantastic spin-offs (we’re looking at you, The Lego Batman Movie), but we’ve all been waiting to see what really happened after The Lego Movie back in 2014.

What happened in the wake of the Duplo invasion? Are Emmet and Wyldstyle still together? Is everything still awesome?! We’re dying to know — and luckily, we don’t have too long to wait, with this being the first big sequel of the new year.

Disney has been giving us so many fantastic live-action remakes these last few years, and it doesn’t look like they’re slowing down anytime soon. First to hit theaters in 2019 is Dumbo, the flying elephant.

ALSO TRY: Making time for yourself is important, so try some of these ways to recharge

Directed by Tim Burton, this movie seems destined to have some slightly spooky undertones. And can we talk about how the trailer already has us crying over Dumbo’s separation from his mama? You’re going to want to pack some tissues for this one.

Let’s be real for a second: We’ve all been waiting for this one since the early ‘90s, right? Ever since that handsome street rat graced our televisions and VHS players in 1992 and showed us a whole new world, we’ve wondered what a real-life Aladdin cast would look like.

Aladdin will be played by Mena Massoud, who you may recognize from Tom Clancy’s Jack Ryan, while Jasmine will be portrayed by the still virtually unknown Naomi Scott. What we’re most excited for, though, is Will Smith’s version of Genie.

It turns out all those tears we shed as we said “so long, partner” to our favorite toys when Andy went off to college were in vain, because the Disney Pixar team is bringing the gang back in 2019.

We don’t know a whole lot about this sequel just yet, other than the introduction of a new toy named “Forky.” Here’s hoping that’s the hot toy for Christmas 2019, ‘cause it sounds pretty simple to us!

Is it weird to have a favorite sequel before they even come out? Even if it is, The Lion King is the one that has us at the edge of our seats.

This star-studded cast of this live-action remake has had Facebook buzzing for months, with Donald Glover as Simba, James Earl Jones back again as Mufasa, and the one and only Beyoncé as Nala.

We recently got our first glimpse of baby Simba in the teaser trailer, and he’s just as adorable as he was at Pride Rock in the animated original. This one is going to be an instant classic; we can feel it.

Your kids’ favorite explorer is finally getting her big-time shot on the silver screen — but you haven’t seen her quite like this before. While the Dora in the original Dora the Explorer TV show was an animated cartoon, she’ll be re-entering our lives in full live-action reality with this remake.

Isabela Moner will be playing Dora, who you might recognize from Transformers: The Last Knight.

OK, we were all a little hesitant when we realized the game from our smartphones and tablets was being turned into a movie, but the 2016 original was just too cute not to love.

Red (Jason Sudeikis) and his pals are back again this summer for a whole new adventure, this time joined by some other familiar voices like Leslie Jones, Rachel Bloom, Sterling K. Brown and the hilarious Awkwafina.

No word yet on what they’re so angry about this time.

The spooktacular remake brings Gomez and the gang back to theaters just before Halloween, but unlike the original, the family will be animated this time around.

Behind those cartoon faces will be some of our favorite voices, such as Oscar Isaac as Gomez, Charlize Theron as Morticia and Chloë Grace Moretz as Wednesday Addams.

Rumor has it the macabre-yet-oddly-endearing family will be taking on a reality TV host, played by Allison Janney.

Last but certainly not least, our favorite sisters from the magical city of Arendelle return to our screens near the end of this year, just in time for Elsa’s favorite season.

This sequel has been a long time coming, and the anticipation has been building and building… soon we’ll finally be able to let it go! (Sorry, we had to.)

ALSO TRY: 10 ways to give back to your community with your kids

We’re not sure what to expect from this highly anticipated sequel, but the royal siblings are said to be adventuring far away from home. Here’s hoping Kristoff, Sven and Olaf make the journey, too.