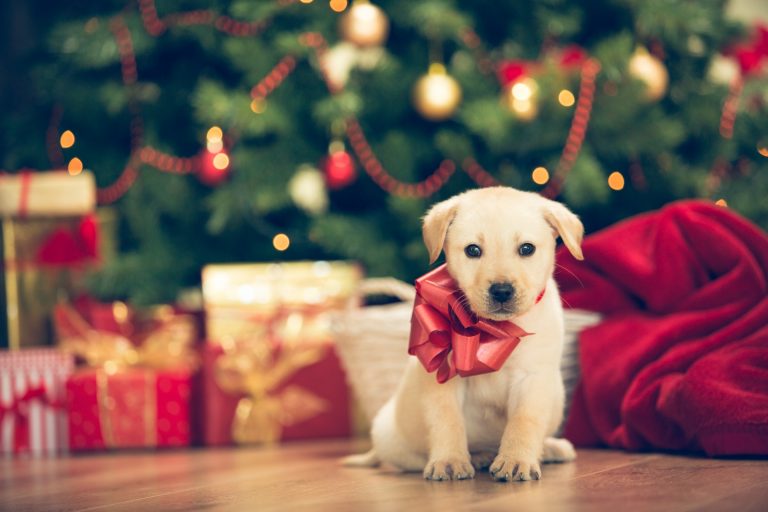 Your little one has been begging for a floppy-eared puppy or cuddly kitten for Christmas, and you’re close to caving. But pets are a huge commitment, so certain considerations should be made before you purchase a living, breathing creature — whether it’s as small as a goldfish or as humongous as a Saint Bernard.

Just ask Dr. Mark Primiano, a veterinarian at The Animal Foundation in Las Vegas, Nevada — the country’s highest-volume, single-site animal shelter in the country. His shelter sees 30,000 animals a year, ranging from dogs and cats, to peacocks and monkeys, and numbers surge after holidays when gifted animals are abandoned.

“Our rabbit numbers spike for weeks after Easter,” he said. “People bring them in, or dump them in the park when they no longer can or want to care for them.”

Primiano had some choice tips (and some stern words) of advice when it comes to giving pets as presents during the holidays.

Don’t give the gift of responsibility

“A pet can be a great learning experience for kids, but it shouldn’t be a major tool for teaching responsibility,” Primiano said. “It shouldn’t be, ‘Here’s a dog, figure it out.’”

This is not a time for surprises. Be sure to talk to your kids before getting the pet, so that they are educated about the animal and its needs — and so they know what is expected of them.

But also know going in that if kids don’t follow through, you are ultimately responsible for the animal’s well-being because you are the adult. An animal should never suffer because your kid forgets their chores. It’s not a teaching tool; it’s a living thing.

Too many eager families buy a bird or a turtle without seriously considering the animal’s lifespan. A sulcata tortoise can live for 70 years in captivity, for example, while some breeds of parrots and cockatoos can live as long as humans.

“A cockatoo in Brookfield Zoo died just recently that had been at the zoo since it opened in 1934,” Primiano said. “Getting a pet is a major responsibility that shouldn’t be taken lightly.”

On the other end, many people don’t know that animals like hamsters have very short lifespans of three years maximum, and that you may be explaining death and mourning to your kids before you’re prepared to.

Don’t give pets on Christmas morning

With very few exceptions, even if you do decide to add a pet to your family during the holidays, don’t do it on Christmas morning. It’s shocking and traumatic for the pet, and your family will be distracted by too many other things.

“The holidays are stressful for people, and they’re stressful for pets, too,” Primiano said. “They are introduced on Christmas morning, or whatever holiday, and the lights and noise and people can be overstimulating.”

Many shelters have policies that don’t allow families to adopt pets without meeting them before the holidays and don’t allow the actual adoption to take place until after the holidays. This prevents too much stress on the pet as well as hasty decisions.

“I see people bringing in sugar gliders, and they should just not be owned,” Primiano said. “They are insanely cute, but they are nocturnal, shouldn’t really be handled and don’t do well in captivity. They look really cool, but that’s not a good reason to buy a pet.”

Understand health hazards for your family (and the animals)

Reptiles can carry salmonella bacteria that make them a risky choice for anyone with younger kids (or older kids who can’t reliably wash their hands after every handling), even if turtles and lizards are a great choice for certain older kids and adults. At the same time, larger animals like dogs should never be left alone with children in the room, for everyone’s safety.

On the other hand, kids aren’t safe for some pets. Hamsters and other small rodents can easily be crushed by over-enthusiastic toddler hands — surely a traumatic experience for everyone involved.

Understand that pets are expensive

Pets can have extensive hidden costs that start basically the moment you buy them, from food and health care to toys and cages.

Pets you buy at the pet store (which Primiano strongly discourages) often need immediate health care that can easily skyrocket into hundreds of dollars when you add up shots, spay/neutering, microchipping and more.

“Getting a pet may not seem like a huge investment initially, but costs can add up quickly, especially if there’s an illness,” Primiano said. “And many animals will live at least 10 to 15 years.”

While the conditions of pet store animals have improved, they are still bad. Animals like dogs are often not bred well or in ideal conditions, and they are extremely expensive compared with shelter pets.

“If you are financing an animal, you shouldn’t be buying the animal,” he said. “In my former private practice, I would see people come in with an incredibly sick Pug or fancy breed, and the owner says, ‘I can’t spend $500 because I just spent that on the dog.’ The odds you’re going to get a healthy animal at a pet store are very slim. Within the past year, puppies from Petland were found to have antibiotic-resistant Campylobacter infections. It’s dangerous for humans as well.”

All in all, pets can be a wonderful addition to your family — as long as the decision is made carefully, with the entire family’s approval and with the needs of the pet heavily in mind.

But it’s a serious commitment and a lifestyle change for many, making it the sort of big step that shouldn’t be taken without much thought. Or, to put it frankly, it shouldn’t be stuffed into a box under the tree.