Where did Cupid come from – and why does he shoot arrows? 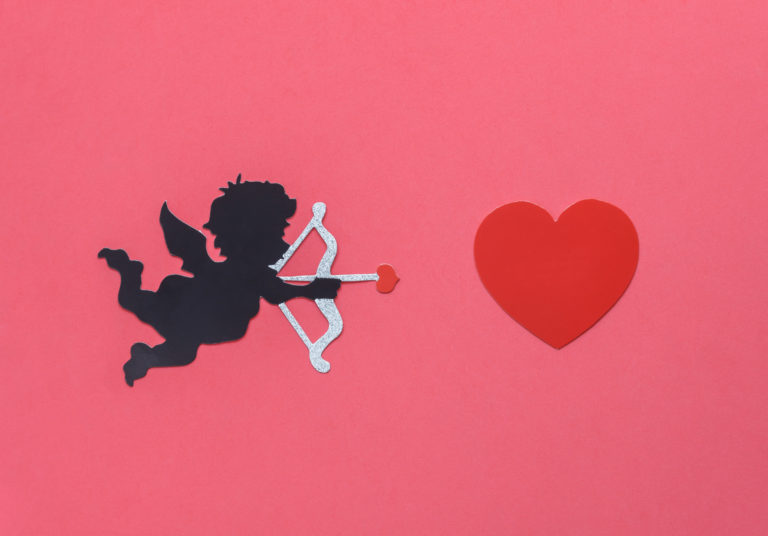 Each holiday we celebrate conjures up distinct images or symbols that embody the spirit of the day. Valentine’s Day is a day most associated with love, romance and couples. Thus, it’s no surprise that one of the most common images we see on the holiday is of the chubby winged cherub named Cupid shooting his bow and arrow at a pair of lovers to be.

An awfully random idea when you think of it, yet we are so used to this image, it makes us think of Valentine’s Day. So where did this idea come from after all? Why is the image so closely associated with Valentine’s Day?

As it turns out, the figure dates back to Roman and Greek mythology. Cupid is the ancient Roman god of love and counterpart to the Greek god Eros. According to mythology, Cupid was the son of Mercury, the winged messenger of the gods, and Venus, the goddess of love. He was often portrayed as a baby with wings carrying a bow and several arrows.

ALSO TRY: Valentine’s Day has a rich history you probably have never learned about

What Cupid was known for

It makes sense, given Cupid’s lineage, that he would come to be a figure who brings love to those he shoots with his bow and arrow. Cupid has always played a role in the celebrations of love and lovers. A shot of his arrow would send deep love into the recipient. Legends abound of the winged cherub and his matchmaking with both mortals and immortals. Often the figure is seen as spreading good and was sometimes even mischievous in his match-making powers.

It is said that Cupid’s mother, Venus, used him as revenge on the mortal Psyche (of whose beauty she was jealous), only to have her plan backfire and end up making Cupid fall in love with Psyche. Cupid married her, but as a mortal, she was forbidden to look at him. But alas, one day Psyche snuck a peek at Cupid. As punishment, he left her. But her deep love for him caused her to search for him. Venus intercepted the bride in her search and gave her a series of tasks along with a box she was not to open. As curiosity overcame Psyche, she opened the box and was put into a deadly slumber.

ALSO TRY: Valentine’s Day has a rich history you probably have never learned about

Cupid came upon her lifeless body and saved her, gathering all the deadly slumber from her body and putting it back in the box. He forgave her, as did Venus. The gods were all so moved by Psyche’s love for Cupid that they made her a goddess. She forever became Cupid’s immortal wife.

Cupid is one of the most common images depicted in Valentine’s Day fare. The image of a winged Cupid with a bow and arrow adorns greeting cards, posters, advertisements and candy packages all over the world. It’s part of the holiday and tradition and continues to be enjoyed by all.