The 18 most romantic songs for Valentine’s Day 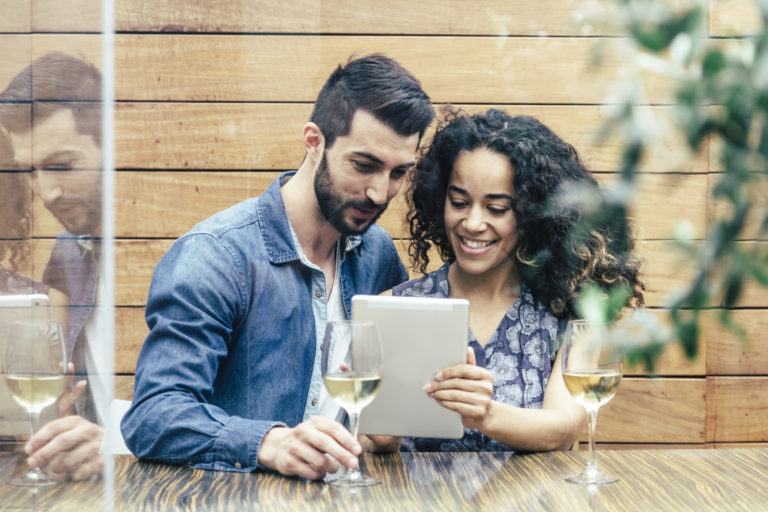 Set the mood for your date with our playlist of the 18 most romantic songs for Valentine’s Day.

One of the most beloved ballads, “Endless Love” was written by Lionel Richie and recorded as a duet with Diana Ross in 1981. Put this love song on your playlist, get close and sing its soulful words to each other.

Thus far the best love song of Ed Sheeran’s career, “Perfect” is the heartwarming tune that Sheeran wrote about his girlfriend, Cherry Seaborn, whom he knew in school and reconnected with later. A 2017 release, “Perfect” is the perfect song to play if you have romantic feelings for a friend and want to take your friendship to a deeper level.

“To Love Somebody” by The Bee Gees

A popular ‘60s song that has remained a favorite through the ages, “To Love Somebody” is an original released by The Bee Gees. It is a soulful, emotional song in which Barry Gibb croons about the special, indescribable love he has for a woman. Though the song never reached no. 1 on any music charts, it has been recorded or covered by over two dozen other artists, including James Carr, Roberta Flack, Janis Joplin, Michael Bolton, Bonnie Tyler and Michael Bublé. It’s a timeless classic for Valentine’s Day and date nights.

Need a song that inspires you and your date to get away from the crowds and revel in the intimacy of being alone? Drive out of town and play Carrie Underwood’s “Heartbeat,” a slow-tempo country pop and R&B song released in 2015.

“Unchained Melody” by The Righteous Brothers

“Unchained Melody” is a mainstay tune for weddings, engagements, dates and, of course, Valentine’s Day. Though originally recorded in 1955 by Alex North, The Righteous Brothers’ 1965 version became a jukebox standard. Their rendition was also featured in the love story movie Ghost. This song will bring tears to your eyes and make your heart pour over with passion.

Put a little disco, funk-pop, and soul in your Valentine’s Day with “Sugar” by Maroon 5. Released in 2015, this love song makes you get up and dance. If you’re needing your baby to come over and give you some lovin’, let the lyrics and fun beat of “Sugar” get you in the mood.

“I Just Called to Say I Love You” by Stevie Wonder

An ‘80s favorite, “I Just Called to Say I Love You” is Stevie Wonder’s best-selling single and one of the best songs to play on Valentine’s Day. A touching ballad, this song is about calling up your lover just to say three special words — “I love you.” It was the lead single on the 1984 soundtrack for the romance movie The Woman in Red.

“I Won’t Give Up” by Jason Mraz

An acoustic folk ballad released in 2012, “I Won’t Give Up” was the first official single from Jason Mraz’s album Love is a Four Letter Word. This inspirational melody is all about enduring love and not giving up on your dreams.

“I Will Always Love You” by Whitney Houston

No Valentine’s Day would be complete without the song “I Will Always Love You.” Originally released by Dolly Parton in 1974, this soul-moving song was recorded by Whitney Houston in 1992 for the movie The Bodyguard. Parton’s and Houston’s versions were commercial successes, reaching no. 1 on the Billboard Hot Country Songs and Billboard Hot 100 charts, respectively. “I Will Always Love You” holds the record for being the best-selling single by a woman. We will always love this song.

“How Deep is Your Love” by The Bee Gees

If you want to convey a timeless love, The Bee Gees’ “How Deep is Your Love” is the song to put on the evening’s playlist. Released in 1977, this pop ballad was featured on the soundtrack for the disco romance movie Saturday Night Fever.

“I’ll Make Love to You” by Boys II Men

A ‘90s favorite, “I’ll Make Love to You,” is a hit by Motown’s R&B group Boys II Men. Released in 1994, this get-close-right-now song’s title says it all. This sultry jam will set the mood for your Valentine’s Day evening and any other night you want to make your lover feel wanted and treasured.

“Rock With You” by Michael Jackson

“Rock With You” is a disco-esque love song that Michael Jackson released in 1979. It endured into the ‘80s and was Jackson’s third no. 1 hit that decade. Considered one of the last hits of the disco era, this nostalgic song will make you want to get up and boogie into the night.

If you want to tell your lover that you want to spend time standing with them on a mountain, bathing in the sea with them, and laying down together forever, this song is for you. Released by Savage Garden in 1997, “Truly Madly Deeply” reached no. 1 in the United States and Australia. Put this song on your playlist and get ready to cuddle up and sing the meaningful straightforward lyrics.

“All of Me” by John Legend

Dedicated to John Legend’s wife, Chrissy Teigen, “All of Me” is a piano ballad that professes “all of me loves all of you.” Released in 2013, it’s all about unconditional love and loving the little things.

“Love on Top” by Beyoncé

A throwback to the ‘80s, Beyoncé’s “Love on Top” is an uptempo R&B tune that talks about a person who is always there for her and puts her love on top. Released in 2011, this groovy song will make you want to put your relationship on top of everything else.

“I Do” is a sweet song about cherishing the one you love. Though originally released by country singer Mark Wills in 1998, the heartwarming love song was redone by famous boy band 98 Degrees in 1999. It was included in the soundtrack for the romantic movie Notting Hill.

This electropop power ballad was written by Ellie Goulding for the wildly popular movie Fifty Shades of Grey in 2015. The sultry song expresses the uncontrollable feeling of falling in love, being seduced, and aching for the seductor.

“There’s Nothing Holding Me Back” by Shawn Mendes

A 2017 release, “There’s Nothing Holding Me Back” by Shawn Mendes is a song about a relationship that gives him the freedom to be himself. When the one you love gives you the confidence to hold nothing back, you know you’ve found a keeper. The song’s dance and pop-rock beat will give you the freedom to be a little crazy.