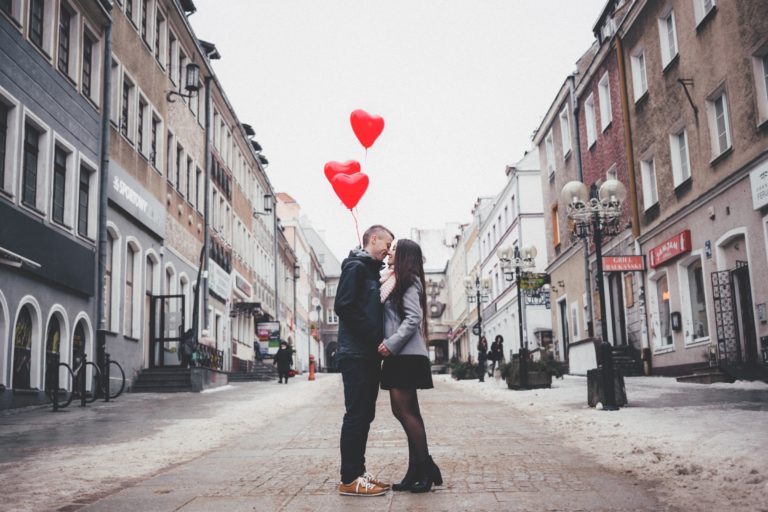 Ah, Valentine’s Day…a day when love reigns paramount. A day when everything, including candy, features that oh-so-sweet heart shape. And a day that is naturally perfect for popping the question.

We’re unabashed hopeless romantics over here, so it didn’t take much (read: any) convincing to pull together a piece centered on some seriously heartwarming marriage proposal stories.

MORE: 15 most romantic movies to watch on Valentine’s Day

But once we got started, we didn’t want to stop there. Did you know that more than 36 million heart-shaped boxes of chocolate are sold on V-Day? How about the fact that 1 billion cards are expected to be exchanged around the world on this annual lovefest?

Before we dive into a few Valentine’s Day moments that will in all likelihood make your heart melt, mull over these fun facts about the tender holiday sure to get your warm and fuzzy feelings flowing, or these super-sweet old-fashioned marriage proposal stories.

34: The percentage of people planning to eat out on Valentine’s Day.

50: The approximate number, in millions, of roses given globally on Valentine’s Day.

85: The percentage of Valentine’s Day cards bought by women.

73: The percentage of flowers bought on Valentine’s Day by men.

1,000: The number of letters sent each year to the Italian city of Verona, addressed to Juliet.

15: The percentage of women who buy themselves flowers on Valentine’s Day (go, girls!).

9: The number, in millions, of people who buy Valentine’s Day gifts for their pets.

27: The average number of engagement rings a groom considers before buying “the one.”

3: The average number of weeks worth of wages a groom usually spends on the chosen ring.

1: The average size, in carats, for diamond engagement rings.

46: The percentage of people who wait until February to buy Valentine’s Day gifts.

4.5: The amount, in billions, of money spent each year on jewelry for Valentine’s Day.

50: The percentage of marriage proposals that happen on Valentine’s Day.

MORE: Roses are red: What do the different colors of roses represent?

Feeling the love yet? Let the following sweet stories finish getting your heart a’flutter.

“I Think I Wanna Marry You”

In what has been hailed as the world’s first live lip-dub proposal, Isaac Lamb staged an impressive moving flash mob as his girlfriend, Amy Frankel, sat on the back of an open Honda CRV — all with the singular goal of getting him to marry her. Well, mission accomplished. It goes without saying there aren’t enough heart-eye-emoji in the world for her reaction.

In October 2018, photographer Matthew Dippel of Michigan happened to be snapping some pics at Yosemite National Park when he noticed a proposal taking place at Taft Point. He snapped what is arguably the most epic proposal photo ever — but he couldn’t make his way to the couple in time to get their information.

So, he did what any modern photographer would do: He took his quest to social media. The image went viral, and the couple (Charlie Bear and his fiancée, Melissa) were found. Not surprisingly, they fell in love…with the photo!

Twitter help, idk who these two are but I hope this finds them. I took this at Taft Point at Yosemite National Park, on October 6th, 2018. pic.twitter.com/Rdzy0QqFbY

Doubling down on love

In what could very well go down in history as the cutest proposal story of all time, Jessa Gillaspie and Becky McCabe didn’t just get engaged at the Michigan Zoo in Memphis, Tennessee. In a moment neither saw coming, they both proposed! Each had planned to propose at Zoo Brew, an event they’d attended on their first date. Can you say aww?!

A case of cardiac arrest

In 2015, Emily McKenzie was wrapping up her shift as a paramedic when she got an end-of-the-day call. The EMT joked about it coming in so late in her shift, but the hero happily headed to a local country club to tend to an elderly man who’d apparently gone into “cardiac arrest.” As she pulled out her bag and began prepping her equipment to help the man, one of the firefighters already on the scene turned to her — and it was her boyfriend, Nik Raw, who was actually doing CPR on a test dummy.

While a bewildered McKenzie tells him hello, he drops to one knee and asks her to marry him. She bursts into tears, says yes and the rest is history.

The best dinner date ever

These days, Justin Baldoni is making people swoon as Rafael on The CW series Jane the Virgin. But five years ago, he was a little-known actor when the world first fell in love with his love for now-wife Emily Baldoni. Yes, this proposal video is nearly half an hour long, but trust us when we say this is a journey you want to go on.

MORE: Funny television and movie memes for Valentine’s Day that you will love

Of course, we couldn’t resist slipping in a few of our own! Just try to get through this adorable video montage of Thanksgiving & Co. team members’ proposal stories without laughing. Spoiler alert: It can’t be done.