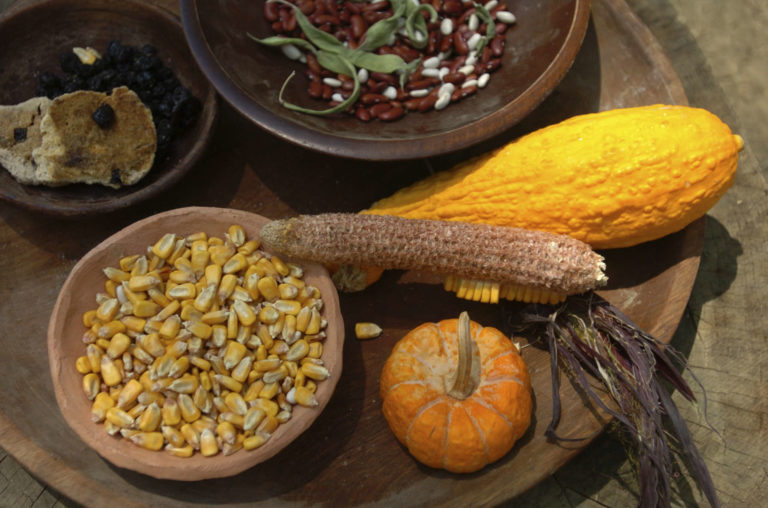 According to the Cherokee Nation Cultural Resource Center, when the Cherokee sat down to Thanksgiving Dinner, they were most likely to see much of the following on the table:

Historically, traditional Cherokee foods included corn, beans and squash — are known as the “Three Sisters.” These were their staple foods for many years in addition to deer, turkey, many plants and roots, berries, potatoes, pumpkin, fish, soup, cornbread, and even popcorn.