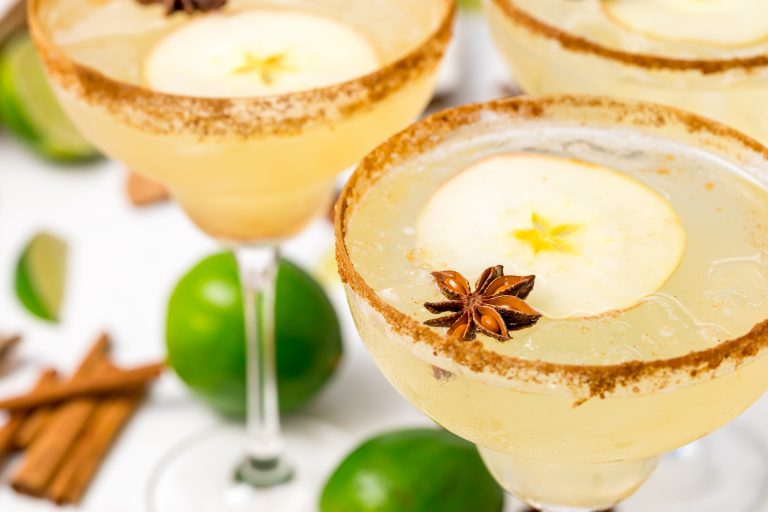 Yearning for an autumn-inspired drink that makes you giddy with excitement for the fall season? Sip on our vegan spiced apple margarita, inspired by Cookie and Kate, and you’ll want to go pick apples and drink this tongue-tantalizing cocktail all year round.

Margaritas make us giddy, anyway, but this vegan margarita recipe is especially exciting. Made with a tasty blend of apple and lime juices, reposado tequila, agave, and a dash of cinnamon, each sip is an autumn party in your mouth. Making this holiday drink even more lip-licking good is the lime juice, coconut sugar, and salt mixture that garnishes the rim of the glass. From the moment your lips meet the glass to the last margarita swallow, you get to enjoy a mouthwatering medley of festive fall flavors.

And, if that weren’t enough to entice you to the bar, this recipe is vegan! Our spiced apple margarita is made with ethical alcohol and vegan-friendly ingredients. Aren’t all margaritas vegan-friendly? Unfortunately, most margaritas are made with sugar and some are made with honey. Cane sugar can contain animal bone char, depending on how it is processed, and honey is considered unethical by vegans because it comes from bees, an animal. To be safe, agave nectar and coconut sugar are ideal sweeteners for vegan recipes such as this one.

Now is your chance to be a margarita master. If you’ve never made a margarita, you’re going to love this vegan spiced apple margarita recipe. Though margaritas are a bit more complicated than cocktails that are simply shaken and strained into a glass, we’re going to help you become a margarita-making pro.

A vegan word about tequila. Most distilled alcoholic drinks, such as tequila, are vegan-friendly but there are anomalies. Do your research on individual brands to ensure that your tequila or any alcoholic drink is ethically produced.

Add water and agave nectar into a saucepan 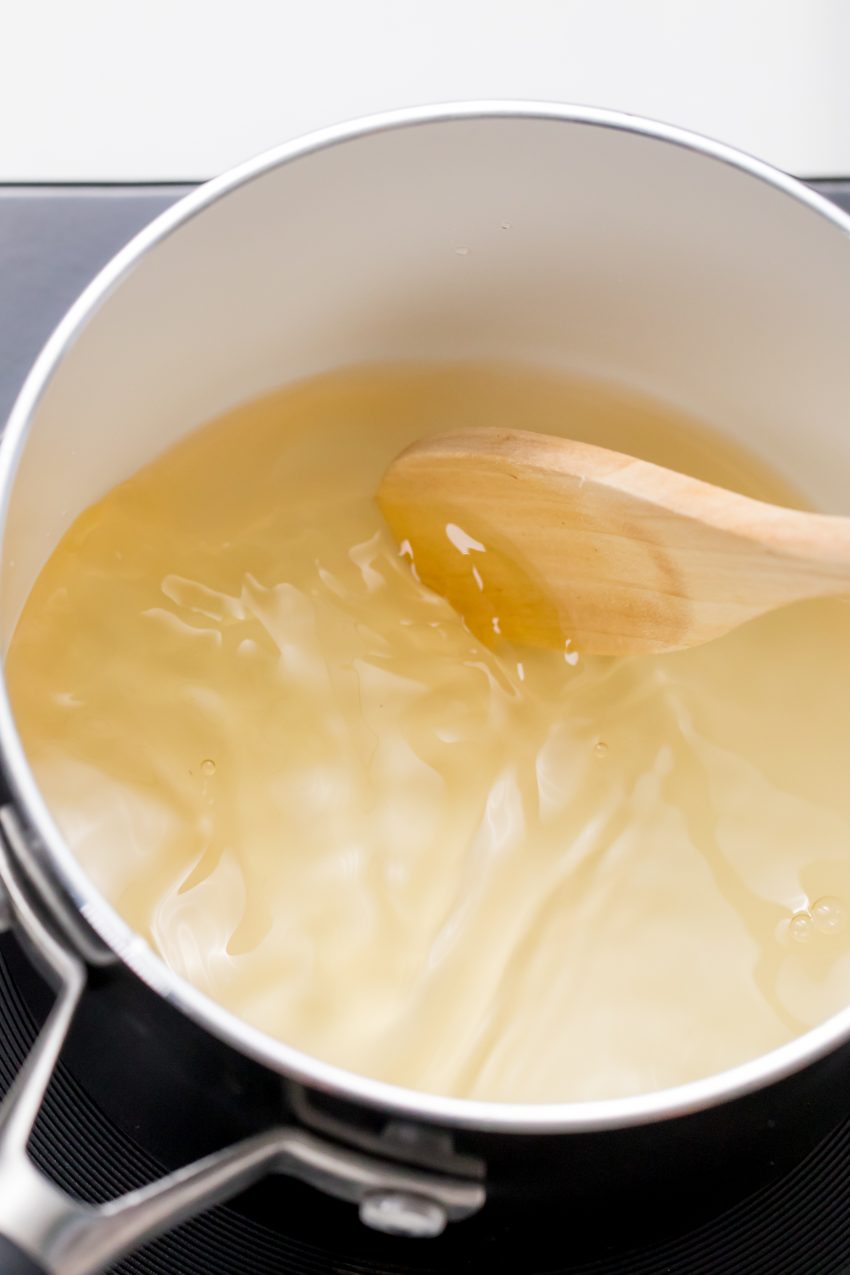 Next up? The rim blend. On a small plate, mix together coconut sugar, sea salt, and ground cinnamon. Use the lime wedge to moisten the rim of a cocktail glass. Turn the glass upside down and, at a 45-degree angle, roll the moist rim in the sugar, salt and cinnamon mixture. Carefully fill this glass with ice without knocking off the rim blend and set it aside. 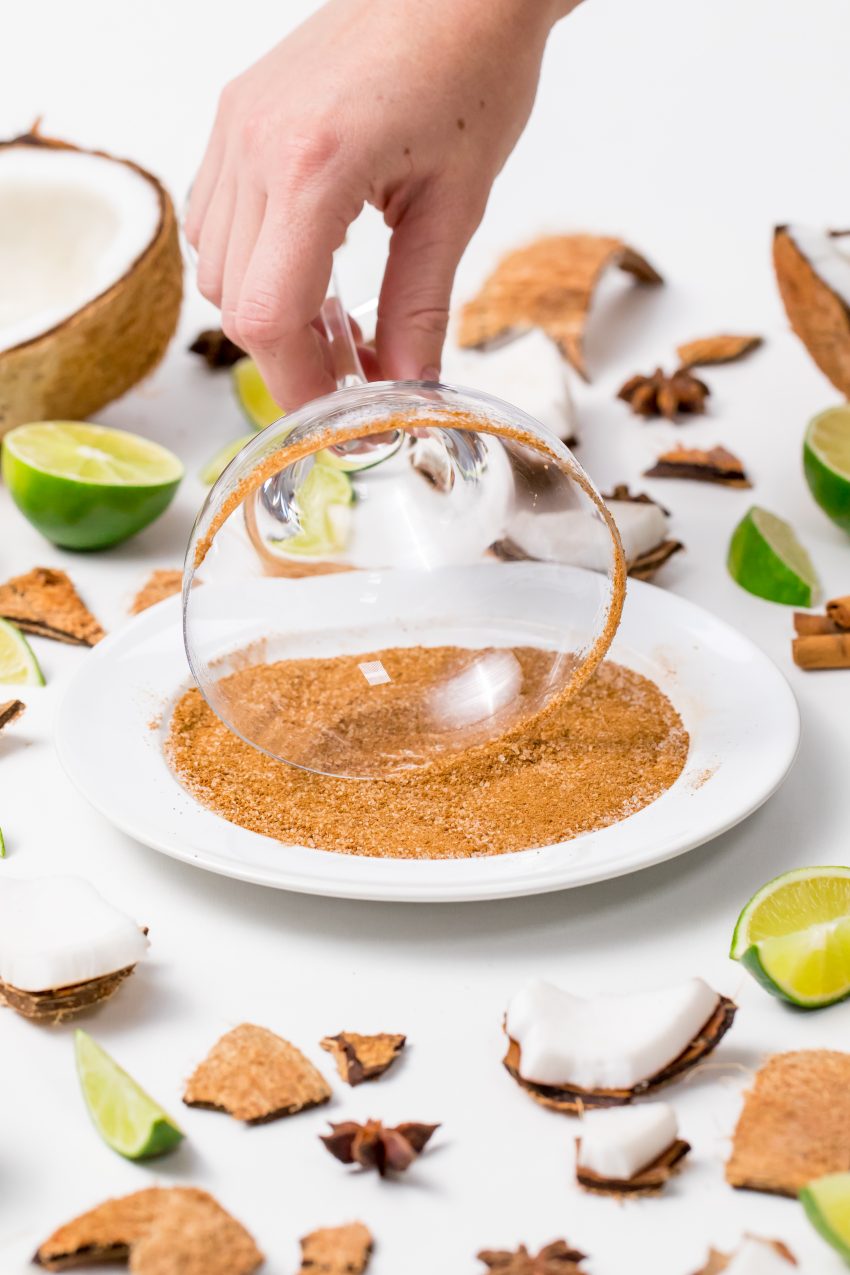 Shake cocktail ingredients together with ice before straining into glass

Now it’s margarita time! Fill your cocktail shaker with ice. Add the tequila, apple juice or cider, lime juice, agave simple syrup and a dash of cinnamon. Shake vigorously then strain the margarita into your prepared glass. Garnish your drink with a star of anise and a thin slice of apple. 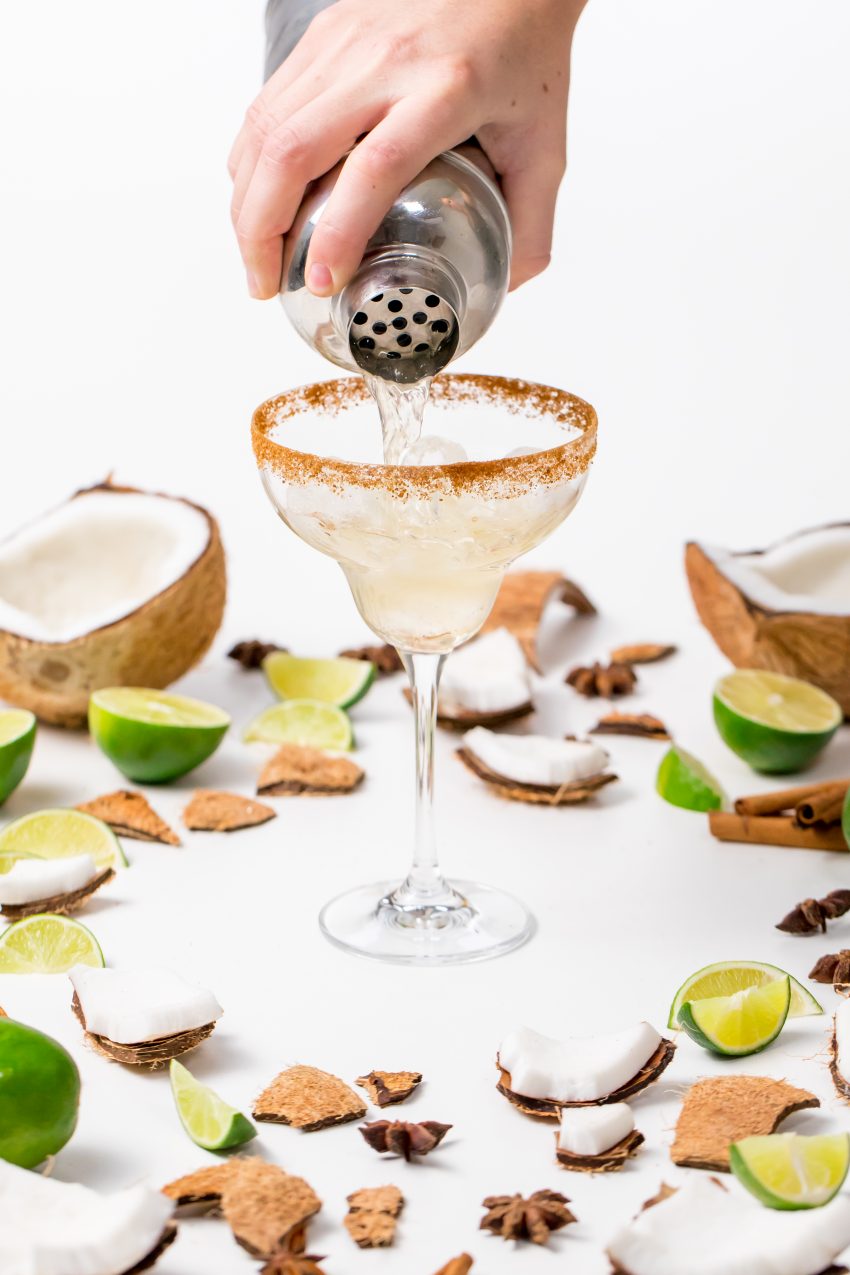 This gorgeous drink is perfect for fall!

You did it! You’ve officially made a vegan spiced apple margarita. Drink up! 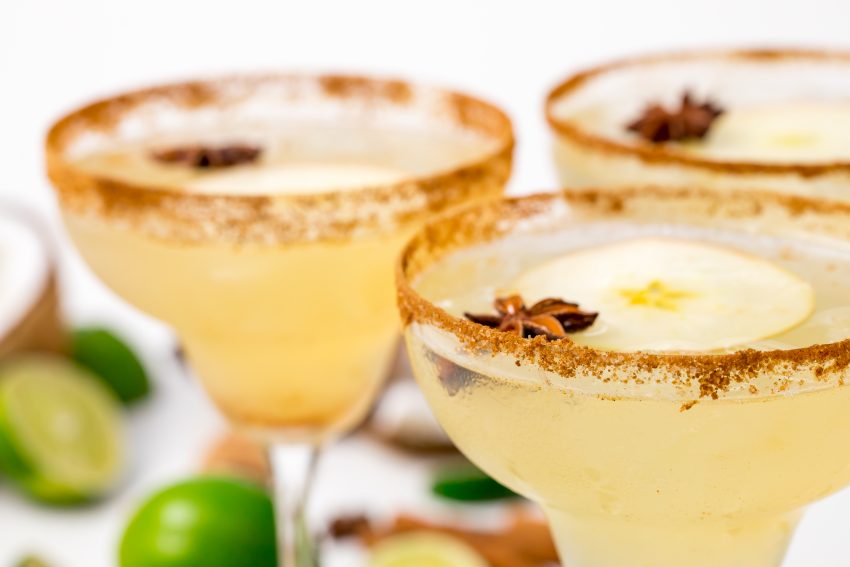 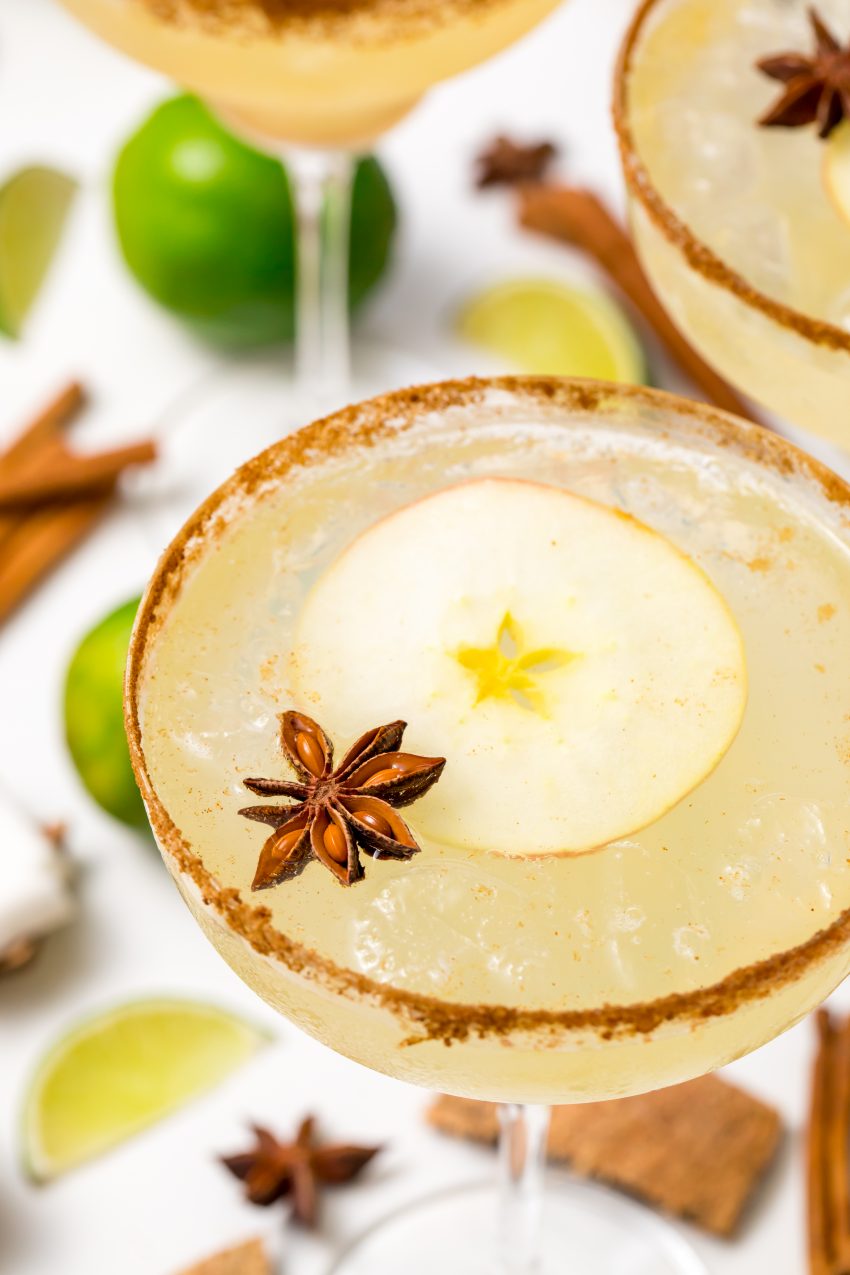 You had no clue a vegan margarita could be this good! 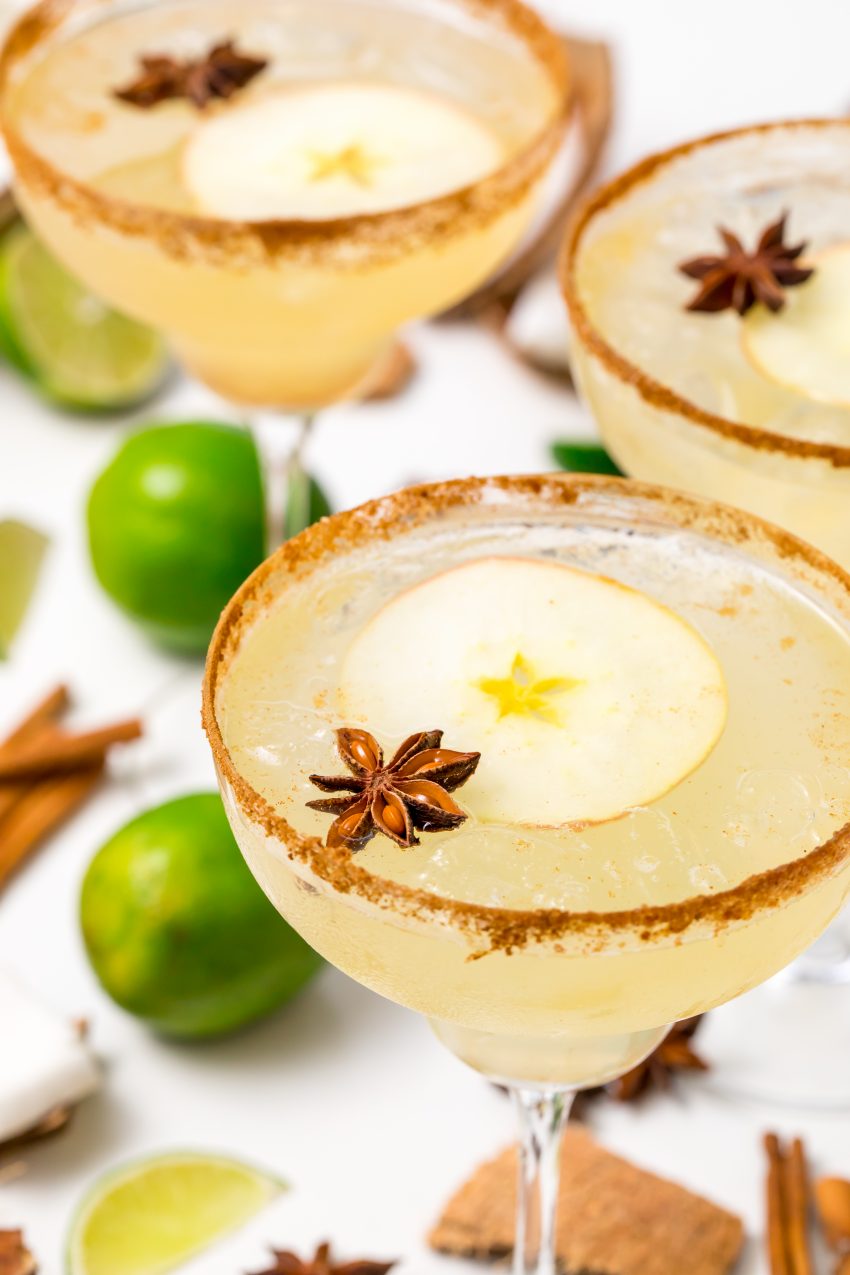 Drink up! Then grab another 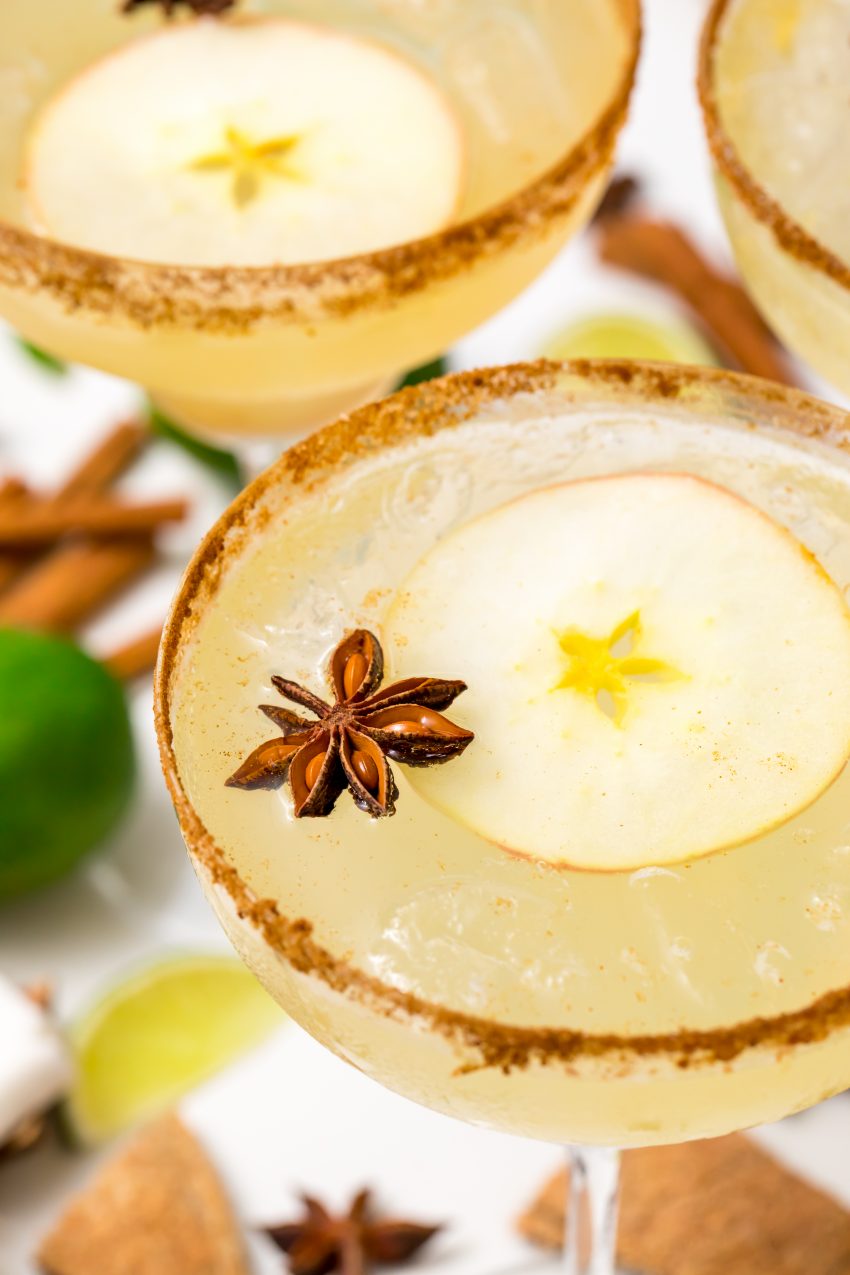 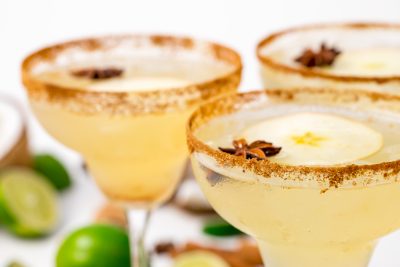 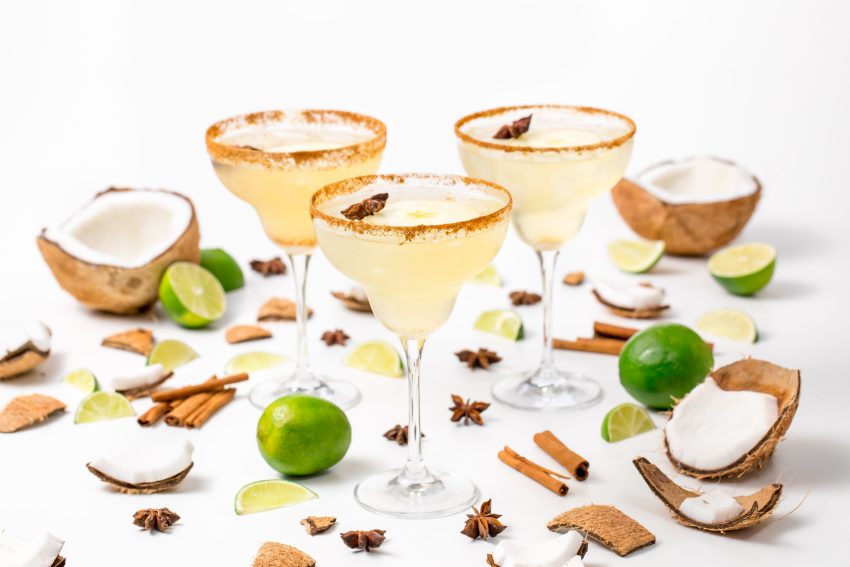