Tips for throwing a sustainable & eco-friendly 4th of July party 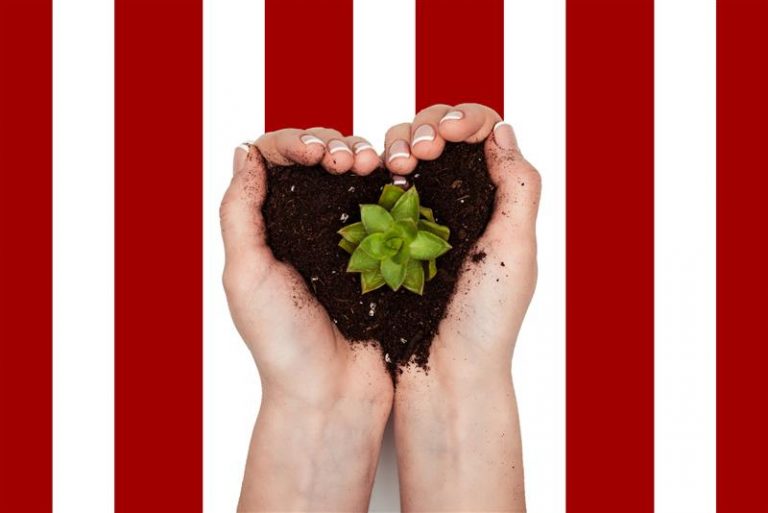 When you think of the Fourth of July, you probably see visions of red, white and blue. Star-spangled tank tops and aviator shades. The smell of burgers and hotdogs on the grill. And, of course, fireworks exploding across the night sky. What might not immediately come to mind is sustainability — which is exactly why it’s time for us all to redefine what it means to be American to include “eco-friendly.” We’ve rounded up some sustainable tips to help you do just that.

But first, the bad news. Unfortunately, many of the ways we celebrate on this festive holiday can be deeply detrimental to our environment. Don’t worry; you can still celebrate our great nation’s independence. But if you want future generations to be able to celebrate and enjoy this country, too, it’s important to make a few mindful changes.

Try the following simple yet impactful sustainable tips that will put you on the path to a Fourth of July that is red, white, blue and — yep, we’re going there — green.

Those beefy burgers and ‘dogs you’re used to taste delicious. However, according to scientists, meat has “dire” consequences for the planet due to climate-change-inducing gases created during production. Fortunately, going meatless is actually pretty darn simple on the Fourth of July.

In addition to veggie burgers, most supermarkets now carry a wide variety of faux-meat products like veggie dogs, grilled “chicken” strips, faux barbecue ribs and more. Plus, there are tons of amazing recipes out there for grilled veggies! So, doing your part to minimize ozone-harming methane is refreshingly easy (and tasty).

Did you know that more than 900,000 million tons of waste has already been dumped globally this year? Or that by the end of the year, that number is expected to reach 2.12 billion? If you put that waste in trucks, they could circle the Earth 24 times.

As you might have guessed, holidays see a surge in waste. We become single-use consumers while entertaining — buying plastic cups, plates, cutlery, decor and more. How do we change this nasty habit?

Well, for starters, we can repurpose whenever and wherever possible. Have leftover American flag decor from Memorial Day? Put it to good use. Want to add a little ambience? Pull your white Christmas lights out of storage. Get creative and you’ll find a way to meet nearly all your needs without buying more products that might potentially turn to waste.

Your husband will love this sustainable tip.

Listen, we totally get that you love that old charcoal grill of yours. Most of us grew up with our dads cooking out on ones just like it, so there’s a certain nostalgia that comes with them.

But it’s time to cut the sentimentality and think about sustainability. In a 2009 study done by Swiss researchers, it was found that cooking with charcoal emits up to 11 pounds of carbon dioxide into the environment per grill session — that’s enough CO2 to drive a small car 22 miles.

For context, grilling with propane is much “cleaner.” It emits about half of that — 5.6 pounds. Surprisingly, electric grills are the worst choice of the lot from the carbon perspective, emitting 15 pounds of carbon per every hour at 35,000 Btu. So, if you’ve been eyeballing a fancy new propane grill, you’ve never had a better excuse to make the splurge.

Rely on renewable energy (when possible)

Since Fourth of July will likely include you consuming more energy (by the simple nature of a party), try to think of simple swaps that can offset your bigger carbon footprint. Renewable energy, although sadly not as mainstream as it should be by now, produces no greenhouse gas emissions from fossil fuels and even reduces some types of air pollution.

Wondering how in the world you can tap into renewable energy for your party on the Fourth? Perhaps the easiest way is to harness the power of the sun, as there exist myriad solar-powered products available at big box stores. You can even get photovoltaic (solar) lights online or at your local dollar store to illuminate your yard if the party stretches into the evening.

You can also ask your electric utility company about purchasing renewable energy — if they have a green pricing or green marketing program, you may be able to pay in exchange for electricity generated locally from green power resources.

Be a steward of clean beaches

There’s something about celebrating our nation’s independence that just makes us want to head to the beach. But while it may seem somehow more patriotic to bury your toes in the sand, what is decidedly un-patriotic is how much abuse gets heaped on beaches and oceans during holidays. Already this year, nearly 4.5 million tons of plastic waste has been dumped into our oceans globally.

According to the environmental organization Operation SPLASH, beaches are particularly vulnerable to litter and pollution the week of July 4th. Over the past three decades, the group’s volunteers have collected more than 2 million pounds of trash from New York beaches and waterways alone — ranging from paper and plastic, to dirty diapers and old couches (which people bring to watch fireworks and then abandon).

If your celebration is held at the beach, only use biodegradable products and be sure to pick up any waste. If you want to go a step further, you can volunteer for one of the many beach clean-ups that take place on July 5th.

Here’s the thing: Food scraps and yard waste make up about 30 percent of what we throw away, and we all know that both of those are made in spades during the Fourth. (In case you’re curious as to how much 30 percent really amounts to, consider that, globally, almost 800 million tons of waste from households has been produced so far in 2019.)

Trying to get your yard ready to host a party leads to an abundance of yard scraps. Preparing enough food to feed a small army leads to an abundance of food scraps. So, what can you do? Compost those scraps. This will keep them from winding up in landfills, which are notorious emitters of methane. There are many benefits to composting, including lowering your carbon footprint.

More: 4 popular summer products that are hurting our environment

And for our last sustainable tip: It’s your party and you’ll raise awareness for environmental issues if you want to! You don’t have to stand up and proselytize if it makes you feel uncomfortable. It could be as simple as making (biodegradable) place cards around your party that explain some of your sustainable choices — e.g. why you opted for real plates as opposed to plastic or paper ones, why you’re asking people to put food scraps in a separate bin, etc.

You could even let guests know up front that your party will double as a fundraiser for an eco-friendly organization, and ask them to donate whatever they feel inspired to donate.

Before you go, check out our summer product guide!