What are the origins of Hanukkah? This historical timeline will provide you all the Hanukkah history you are looking for 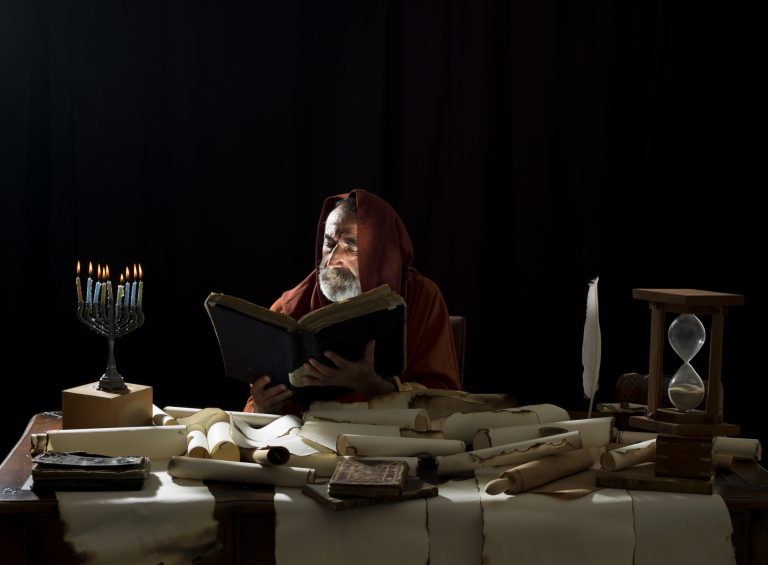 Hanukkah, one of the most beloved Jewish holidays, is not mentioned in the bible. Also known as the “Festival of Lights”, this celebration commemorates the victory of the Syrian Greeks and the reclaiming of the Jewish Temple in Jerusalem. Dating back over 2,000 years ago, the story of this victory and the events that followed are found in the books of Maccabees, 1 and 2. In order to better understand its origins, we will go back in history for a timeline of events that lead to the creation of this celebration.

Antiochus III was the Syrian King and ruler of Judea – also known as the Land of Israel. In an act of benevolence, he allowed Jews living under his rule to continue practicing their religion.

After the death of his father, Antiochus IV became king. Far less charitable than his father, he outlawed the Jewish religion and ordered Jews to worship Greek gods. His soldiers invaded Jerusalem, killing thousands of people and desecrated the sacred Jewish Temple.

Refusing to worship Greek Gods, an uprising began against Antiochus IV and his monarchy. A Jewish priest, Mattathias, and his five sons, led this rebellion with the eldest son, Judah, in charge. They became known as the Maccabees, the Hebrew word for “hammer” due to the vicious blows they dealt their enemies.

After underestimating the strength of the Maccabees and their Jewish army, Antiochus IV was defeated in a series of battles and Jerusalem and the Temple were recaptured and the Temple purified.

Once the temple was repaired and cleansed, a rededication ceremony was ordered. Judah directed his followers to light the menorah for this ceremony. Finding enough oil to only keep the menorah lit for one night, they believe a miracle occured when it stayed lit for 8 nights. This was the birth of Hanukkah, a celebration of this miracle.

With the death of Antiochus IV, his successor, Demetrius, once again granted the Jews their independence.

Flavius Josephus, a Jewish historian, writes about the origins of Hanukkah, calling it the Festival of Lights, as it is still sometimes referred to.

The Mishnah, the oral law in Judaism, was collected and committed to written form. It was here that the Festival of Lights became known as Hanukkah, or “dedication”.

The Zionist movement took hold. This was an effort to bring Jews from around the world to the Middle East and for the reinstatement of Israel as their homeland.

By this time, Hanukkah had become an important holiday to Jews in North America. It is observed over eight nights with the lighting of the menorah and traditional foods and games.

While it is observed in the month of December, Hanukkah is not regarded as the equivalent to Christmas with its focus on gift giving. Rather, it is used as a remembrance of history, a celebration of family and a way for Jewish people to maintain their distinction as Jews.