Halloween makeup trends that will be popular in 2019 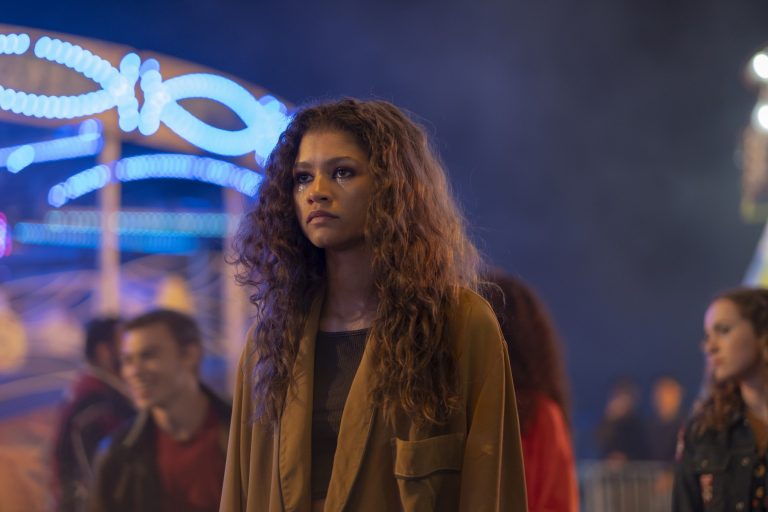 Inspiration for your Halloween makeup and costume can come from anywhere, but more often than not, people love referencing pop culture during the holiday. From binge-worthy shows like Stranger Things to major moments like the meme-able VSCO girl, 2019 hasn’t exactly been chill with its pop culture moments. If you’re a makeup lover, you may have already realized that beauty trends have played a large part in embracing all of the wacky, wonderful costume inspo that 2019 has had to offer.

If you’re looking for a costume or are curious about what your friends or others out and about on Halloween night may be wearing, look no further than some of the biggest makeup looks of the year. From Zendaya’s brightly hued Euphoria makeup to Ariana Grande’s “7 Rings” eyeliner and space buns, get ready for Halloween makeup to take major inspo from the biggest and trendiest makeup looks of 2019.

Over the summer, you could barely log on to any social media platform without someone talking about HBO’s Euphoria. The show, centered on Zendaya’s character Rue, follows a group of high schoolers as they confront everything from sexual assault to drug use. While the show is a heavy watch, the makeup of the series added a sort of beauty levity to the show.

Euphoria used the high school setting to play with makeup in a way that hadn’t been seen on television. The looks included graphic eyeliners, sequins, glitter and vibrant colors that ultimately inspired YouTube gurus to make tutorials. This Halloween, the makeup from Euphoria may certainly end up being a costume choice for fans of the show. And good news, there are tutorials out there for you.

MORE: Predicting pop culture Halloween costumes the will be popular in 2019

If you don’t know what a VSCO girl is, you haven’t been on the internet lately. The Hydroflask-carrying, backpack-wearing, scrunchie-having meme is a light-hearted look at what’s trending right now among teenage girls. And it may make for the easiest costume you’ve ever had when it comes to beauty.

For VSCO girls, less is more (except when it comes to their oversized T-shirts). This TikTok-created image is all about a hippie look. Minimal makeup is key. Think about the wardrobe of a VSCO girl: oversized tee, Nike shorts, Birkenstocks, scrunchie and maybe a shell necklace. If that became a face, it’d be Glossier’s Boy Brow, ChapStick and a tinted moisturizer. If you want the easiest of makeup looks for Halloween, the VSCO girl is your winner.

Festivals can be fraught with looks that amount to, well, cultural appropriation. Please, don’t wear anything resembling Native American dress or makeup. Also, don’t call anything “tribal.” Thankfully, there are some festival looks that are both culturally sensitive and fun AF. One of them happens to be sequin eyes.

During the 2019 festival season (and by that, I mostly mean the two weekends of Coachella), sequins were queen (or king). The style, known as confetti eyes, popped up all over Instagram just in time for the party in the desert. The look features tiny sequins applied with eye-safe glitter glue all over the lid as if it’s a typical eyeshadow. The result is a sparkly, disco ball of eye makeup that could just be on faces this Halloween. #Coachella, am I right?

One of the more disturbing makeup moments of 2019 was the release of the Cats: The Musical trailer. First, if you haven’t seen it yet, go watch. Right meow. But brace yourself, because, well, it’s dancing, CGI human cats. Starring mega-celebrities like Jennifer Hudson, Taylor Swift and James Corden, you’d think it wouldn’t be so terrifying, but you’d be wrong, which kind of makes it perfect for Halloween, right?

The deal with this makeup is that it’s going to take a bit more work than your average eyeliner whiskers. If you love a good prosthetic and have watched enough YouTube tutorials to utilize them, slap on a full-on kitten mouth and whisker and look like the creepiest kitty on the block.

2019 was the year of Disney (though some would argue that not a year goes by that isn’t). Live-action remakes dominated the box office and casting announcements for future installments made headlines. If you’ve ever wanted to embrace your inner Disney princess (or villain), Halloween is the time to do it, and you’ve got plenty of inspiration.

Perhaps the most obvious option is Princess Jasmine from Disney’s Aladdin. However, you may want to think about whether or not the costume could cross the line into cultural appropriation. To be safe, there are other options. Halle Bailey was announced as the new Ariel, and the mermaid makes a perfect costume with her red lips and purple lids. Then, there’s the images that surfaced of Emma Stone as Cruella de Vil. Grab some black and white and embrace your inner villain.

One of fall 2019’s biggest trends is a red lip, and it turns out there are plenty of viable Halloween looks that you can rock the color with. Sure, you could go as a pin-up girl or another non-pop-culture-specific idea, but why not embrace both the biggest names and moments of the year while getting in on the trend?

Taylor Swift’s new album Lover debuted only a few weeks ago, and while the singer has embraced butterflies and rainbows over the leather and snakes of her Reputation album, her signature lip color hasn’t changed. Grab your rainbow tie-dye and channel Taylor.

Of course, if you want something a bit more spooky, there’s another option. One of Netflix’s most popular shows is The Chilling Adventures of Sabrina. The new take on the comic and Melissa Joan Hart classic stars former Mad Men actress Kiernan Shipka, and along with her platinum blond bob, she looks perfect in a bold red lip.

MORE: How to host a Halloween costume exchange party

Finally, there’s a makeup look that always seems to trend for Halloween, and it’s inspired by one of music’s biggest names. 2019 saw Ariana Grande’s mega-hits like “Thank U, Next,” “7 Rings” and “Boyfriend” all topping the charts, and while she may have channeled some famous faces in “Thank U, Next,” her signature makeup look was a staple in nearly every music video.

Sure, Grande’s power pony is her signature, and it’s certainly part of a Halloween look inspired by her, but if you haven’t already noticed, black winged eyeliner is always on Grande’s lids. Bronzed and chiseled cheekbones are also a staple, and don’t forget your nude lip. Choose your music video costume, and you’ve got a Grande look down pat.