Why you should ditch your kids for Halloween 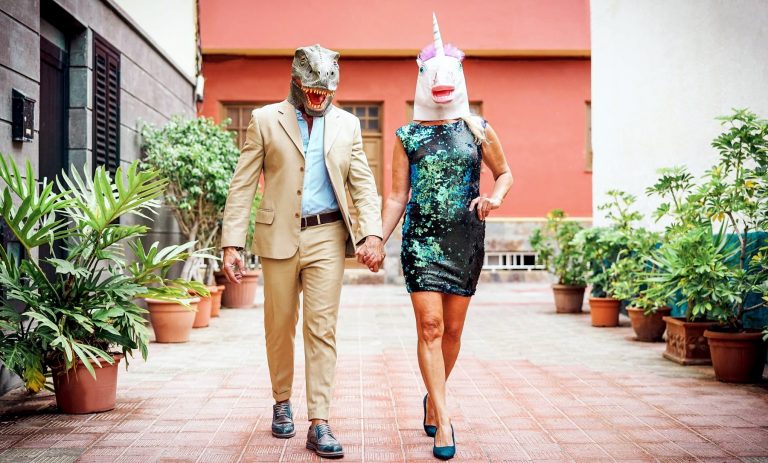 If your plans this Halloween consist solely of whatever your kids want to do, it might be time to cancel ’em. Try Halloween adult ideas for once and consider a kid-free Halloween instead, or something like it. And since this comment might cause a witch hunt, here’s why you deserve to carve out a little time for yourself on Halloween night.

A strange phenomenon takes over when you have children — nearly everything is assigned a guilt quota. Bought cookies for the school bake sale instead of making them yourself? That’ll be five guilt points. Missed their big hit at the ballgame because you were at the concession stand? That’s at least a 10-er.

Around the holidays, though, guilt points seem to double. Parents tend to feel guilty if everything isn’t bursting at the seams with holiday joy. The tiny squares of social media that show other families hitting all the festivals, doing holiday shopping and just generally living their best holiday lives make you feel as though you must not be a good parent if you aren’t the all-in-for-the-holidays kind of parent.

Which brings us to Halloween — and why you should feel zero guilt if you want to leave the kids at home and find something decidedly grown up to do instead. Hear me out.

Ultimately, we’re the only ones who can break the cycle of parenting guilt. Yes, society (and especially social media) tends to serve as a catalyst for not feeling like we’re doing “enough.”

But, really, it’s a self-perpetuating cycle. We buy into the often-unrealistic standards and, to avoid the guilt we know we’ll feel otherwise, we end up right there with the other parents assembling St. Patrick’s Day gift baskets at midnight to surprise our kids the next morning (seriously, when did that become a thing?).

Halloween, in particular, is a holiday that can be just as much fun for adults as it is for kids. Yes, people like to point out that it’s about dressing in costume and other manner of kids’ play, so we shouldn’t ruin it for them. But, c’mon, this holiday is rooted in an ancient pagan festival where adults would dress up and light bonfires to ward off ghosts.

It wasn’t for kids then, and it isn’t just for kids now.

If you’re not that into Halloween but your kids love it, by all means take your little Buzz Lightyear or Spider-Girl trick-or-treating. But if you love Halloween — if this is the one holiday you look forward to more than the rest — ditch your kids. And don’t feel bad about it.

You don’t have to spend the entire evening with your children for Halloween to count as a parenting win. These days, there are tons of Halloween activities that start early and end early. In fact, some towns have curfews in place to keep the celebrations from stretching too far into the night. Some cities no longer allow door-to-door trick-or-treating and instead organize a large festival the weekend before.

MORE: Halloween activities that may actually give you nightmares

Bottom line? There are myriad ways to celebrate Halloween with your kids that still make room for you to do your own thing. Without your kids. Because, if nothing else, you don’t want to scar your little one for life when they see your terrifying, gory, gonna-win-the-costume-contest zombie ensemble.

Being a parent doesn’t mean we have to co-opt everything for our kids. We can still have some fun, too. As long as you’re spending plenty of quality time with your kids the rest of the year, stealing back this one night for you isn’t going to make or break your parenting record.

So, if you’re dying to do something this Halloween, go for it. Celebrate with your kids the weekend before. Or the entire month leading up to the big night. But get on the phone now and book that babysitter (or call a willing grandparent). You deserve a night out, especially on your favorite holiday.

Need an idea for a scary Halloween costume? Learn how to give yourself a head wound using a cocoa cola can (and lots of fake blood).