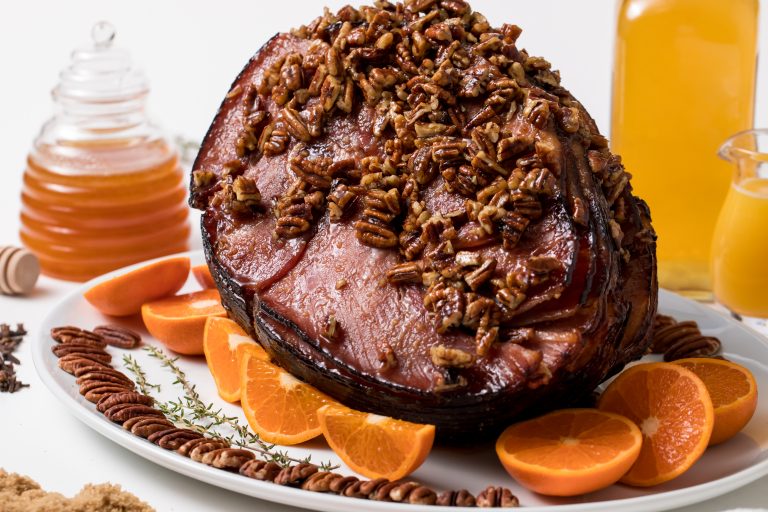 Searching for that perfect holiday ham recipe that deliciously captivates the guests but is ridiculously easy to make? Stop looking and start cooking! Our Southern bourbon pecan glazed ham — adapted from Noshing with the Nolands — is lip-smacking impressive and takes minimal time to prepare.

The glaze is a luscious combination of brown sugar, bourbon, honey, orange juice, and mustard-spiced with a hint of cloves and cayenne and studded with chopped pecans. It clings to the hot spiral sliced ham, giving it a gorgeous glisten that will garner rave reviews from everyone at the table. Your family and friends will hungrily lick their lips eager to dig right in.

Spiral sliced hams are essential for easy holiday dinners. They come out of the oven, already sliced, and near effortless to carve from the bone. Worried about the pre-sliced ham drying out in the oven? Simply keep it covered with foil so all the steamy juices stay with the meat. The glaze also helps seal in the juices to keep the ham mouthwateringly moist.

Why bourbon in the glaze? Bourbon’s big vanilla, caramel, and oaky flavors partner impeccably well with the brown sugar, honey, orange juice, and pecans. This bourbon-based glaze gives the ham an addictive depth of flavor that will have your guests begging you for the recipe.

A simple combination of tasty ingredients turns a good ham into an amazing holiday entree. In a small saucepan over low heat, combine brown sugar, bourbon, honey, orange juice, Dijon mustard, cloves, and cayenne. Simmer for 6 to 8 minutes to meld the sweet and savory flavors. Stir in the chopped pecans and set aside. 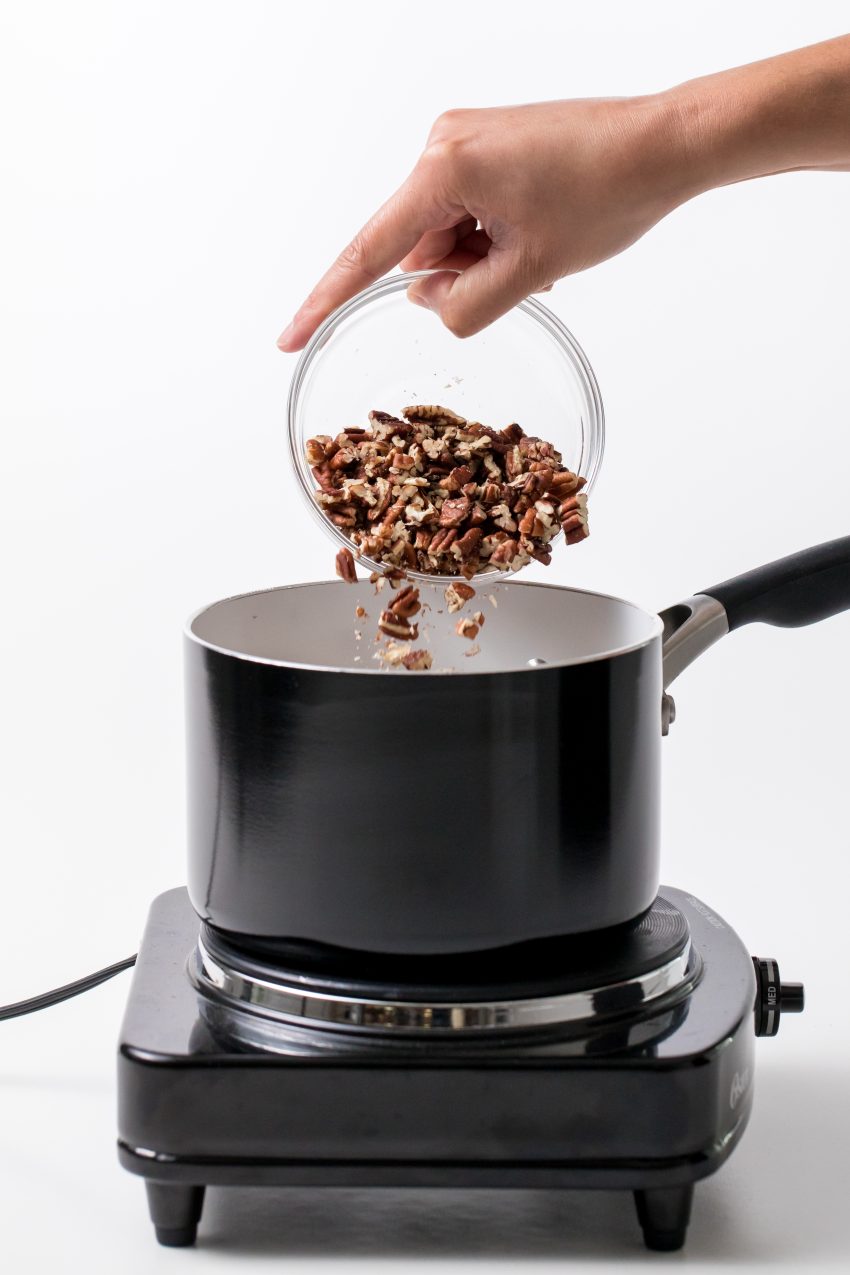 Line a roasting pan with aluminum foil and set a rack inside the pan. The foil makes clean-up easier since you won’t have to scrub the glaze and ham juices off the pan. 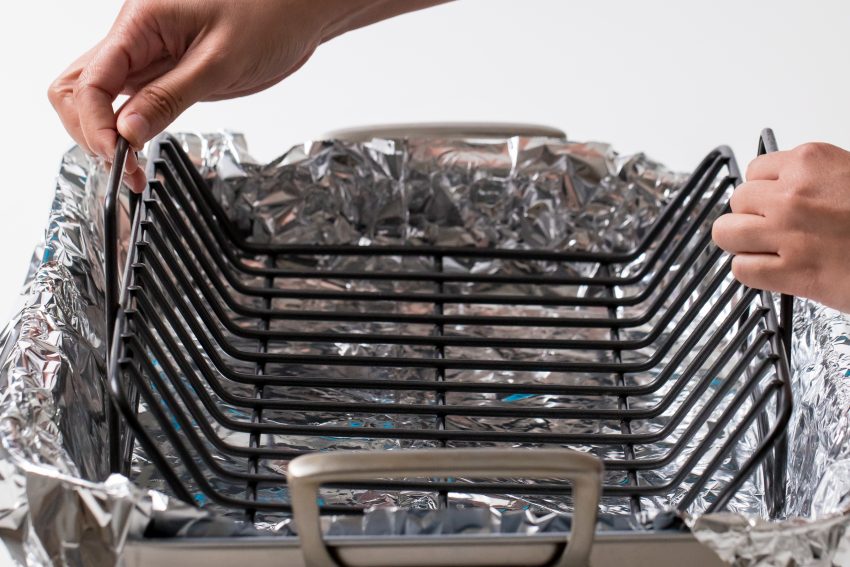 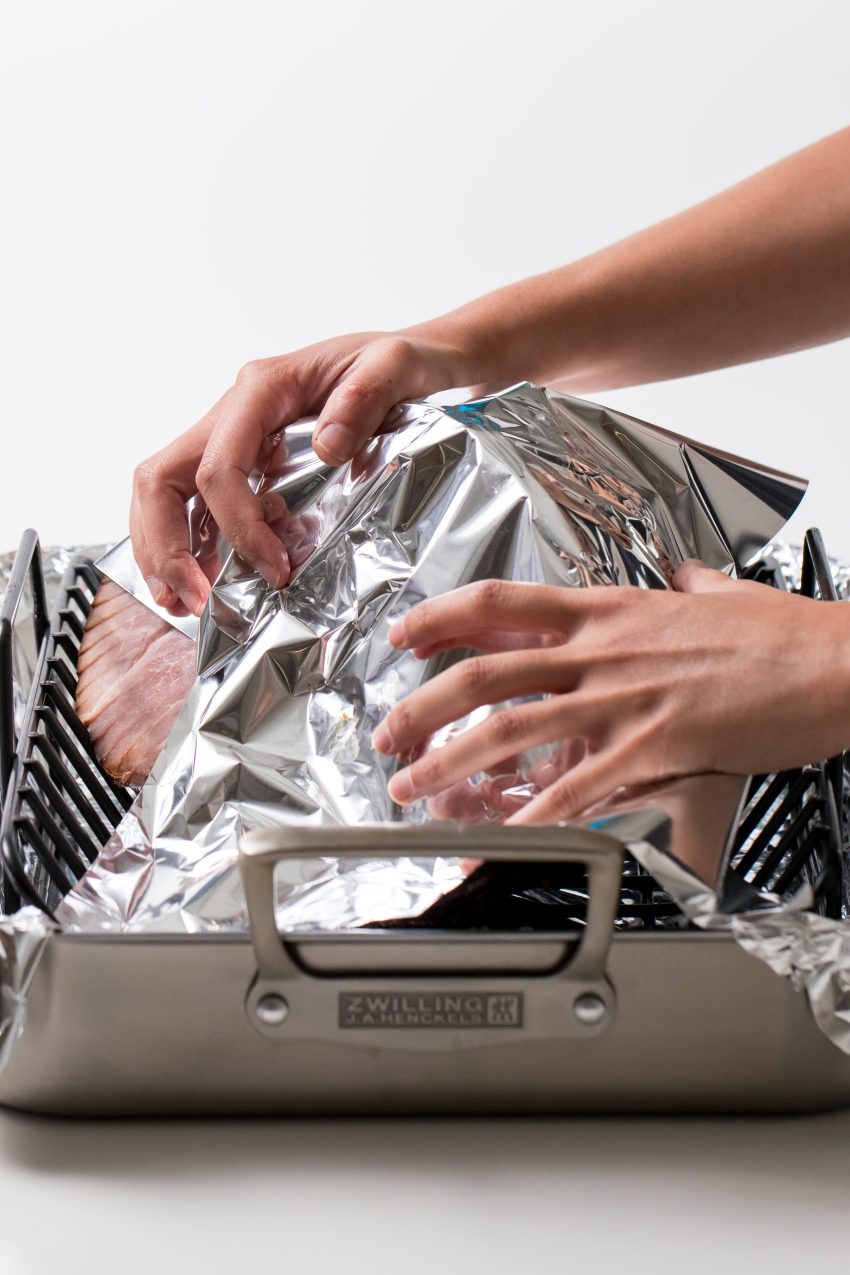 Uncover the ham and brush with half the pecan glaze. Bake at 350F, uncovered, for 15 minutes. 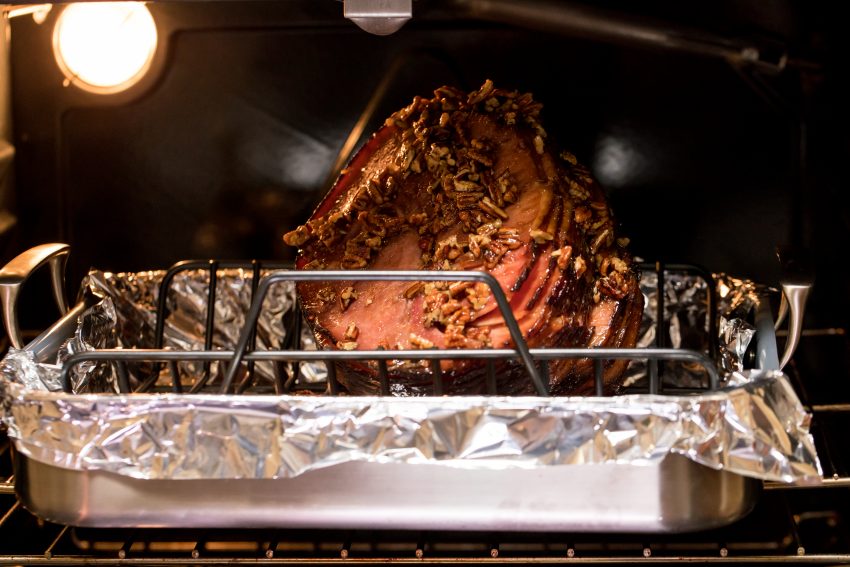 Brush more glaze on the ham

Brush the remaining glaze on the ham and bake for an additional 15 minutes or until the pecans are golden. 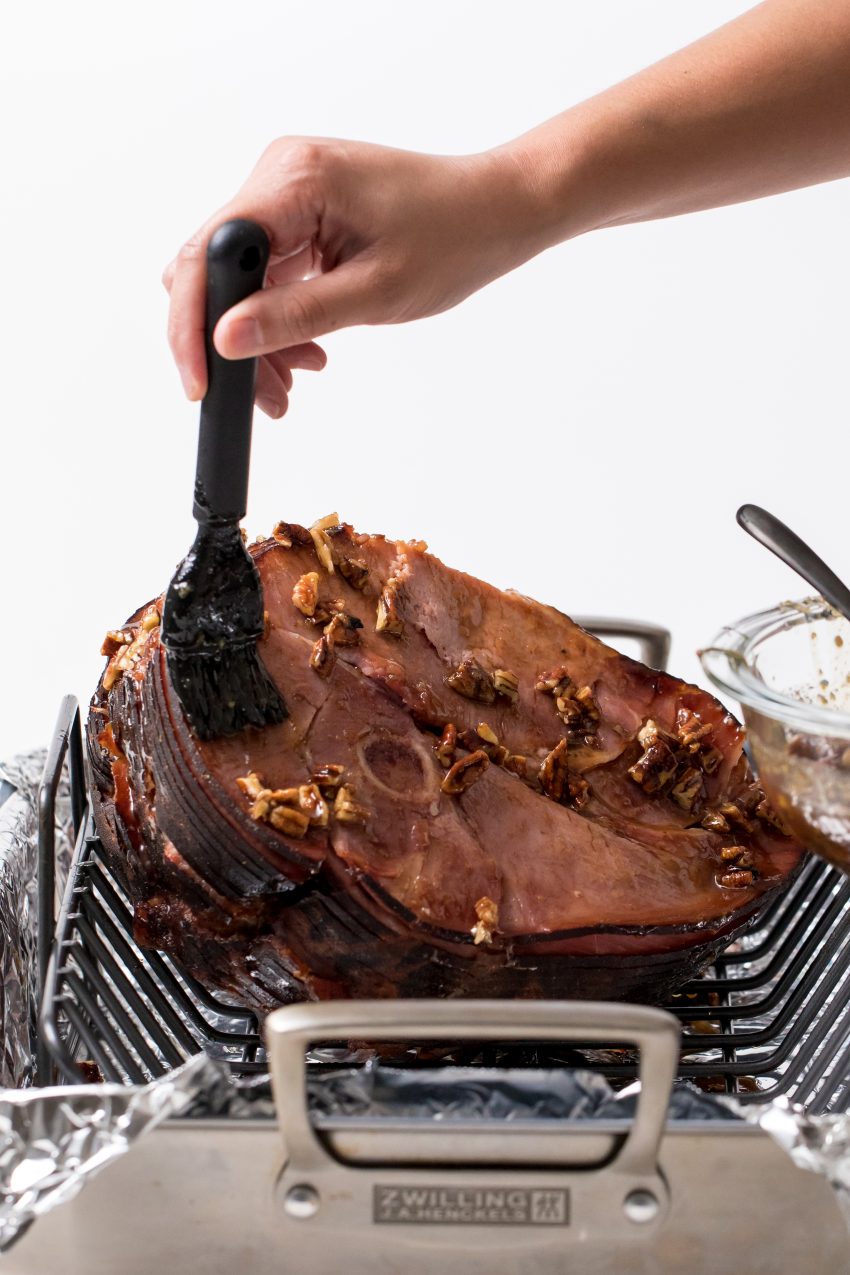 Letting the ham rest for 15 to 20 minutes will give the yummy juices time to redistribute throughout the meat. While the ham rests, use a spoon to scoop up the glaze that drips to the bottom of the roasting pan and drizzle it over the ham. 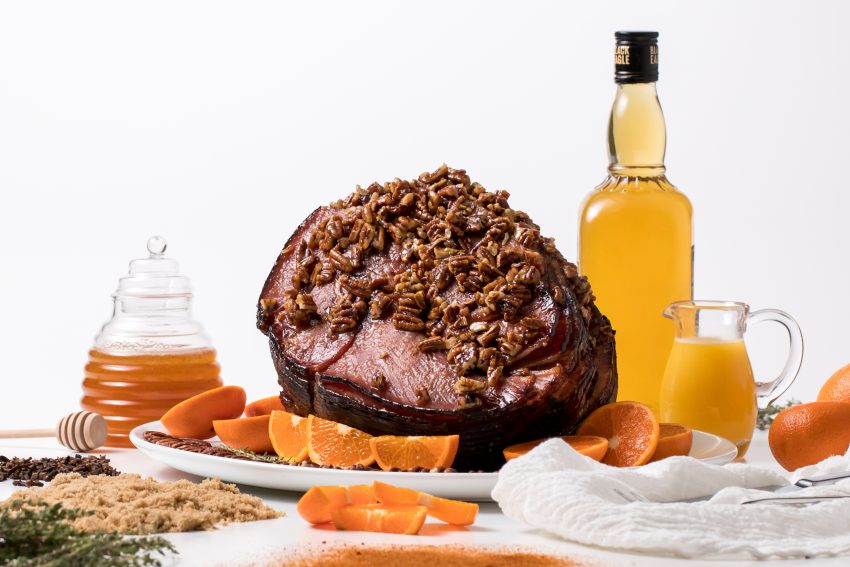 Transfer to a platter and serve the gorgeous ham with orange slices and whole pecans for garnish. 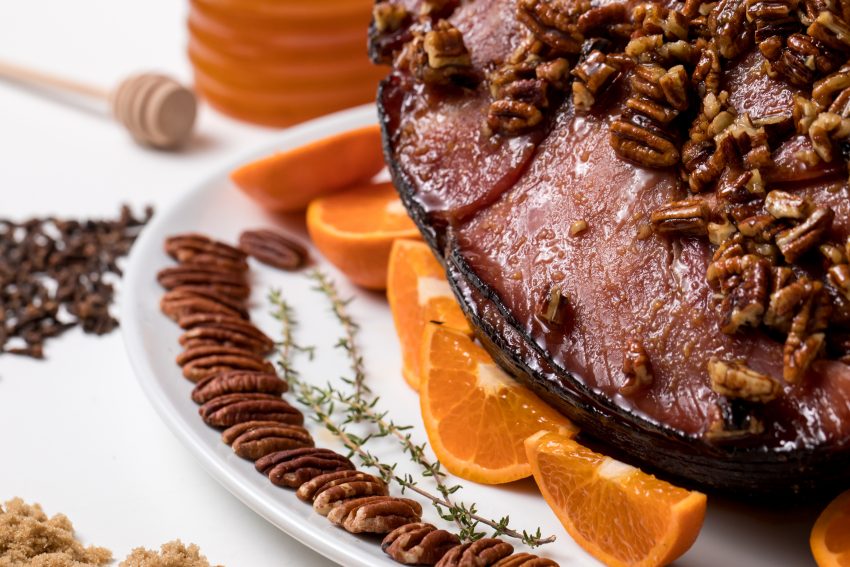 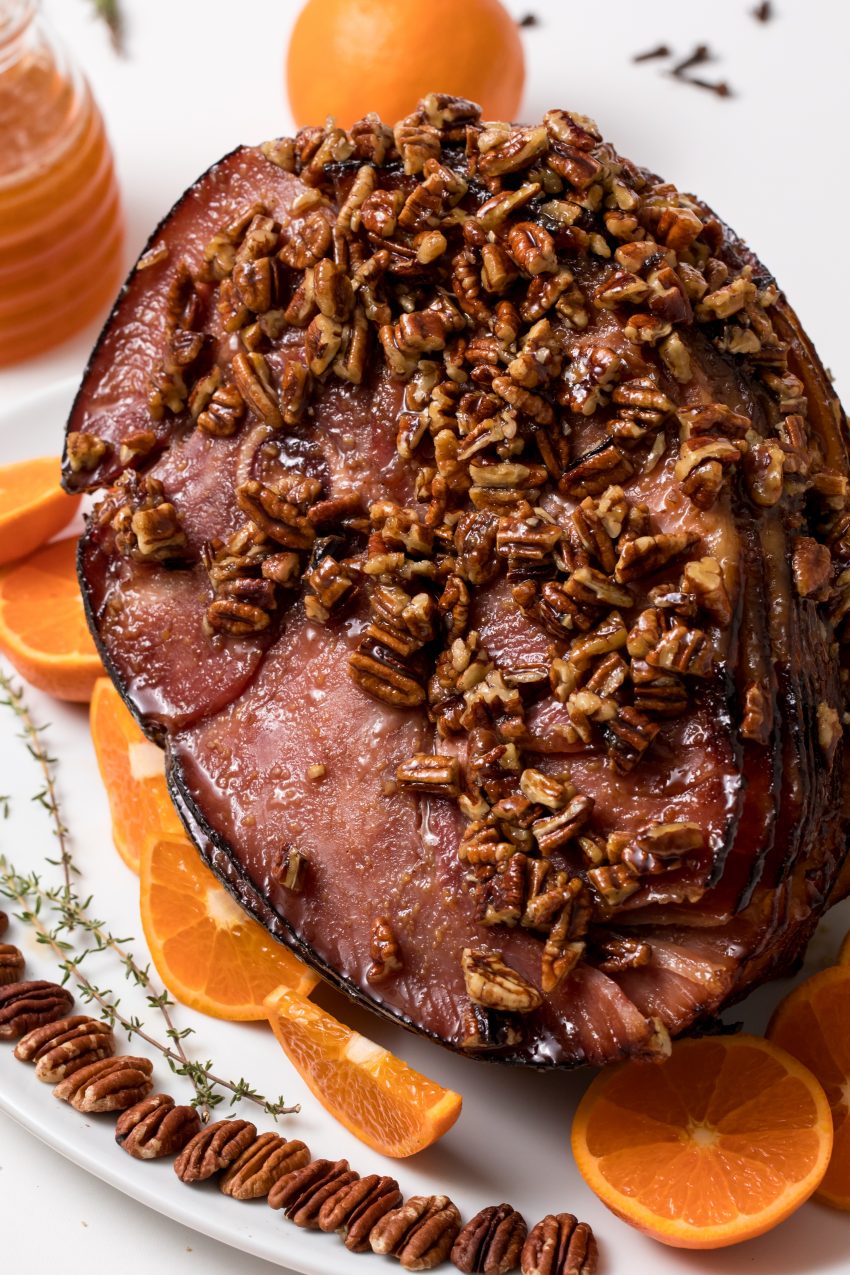 Perfect blend of smokey and sweet, this ham was made for the holidays! 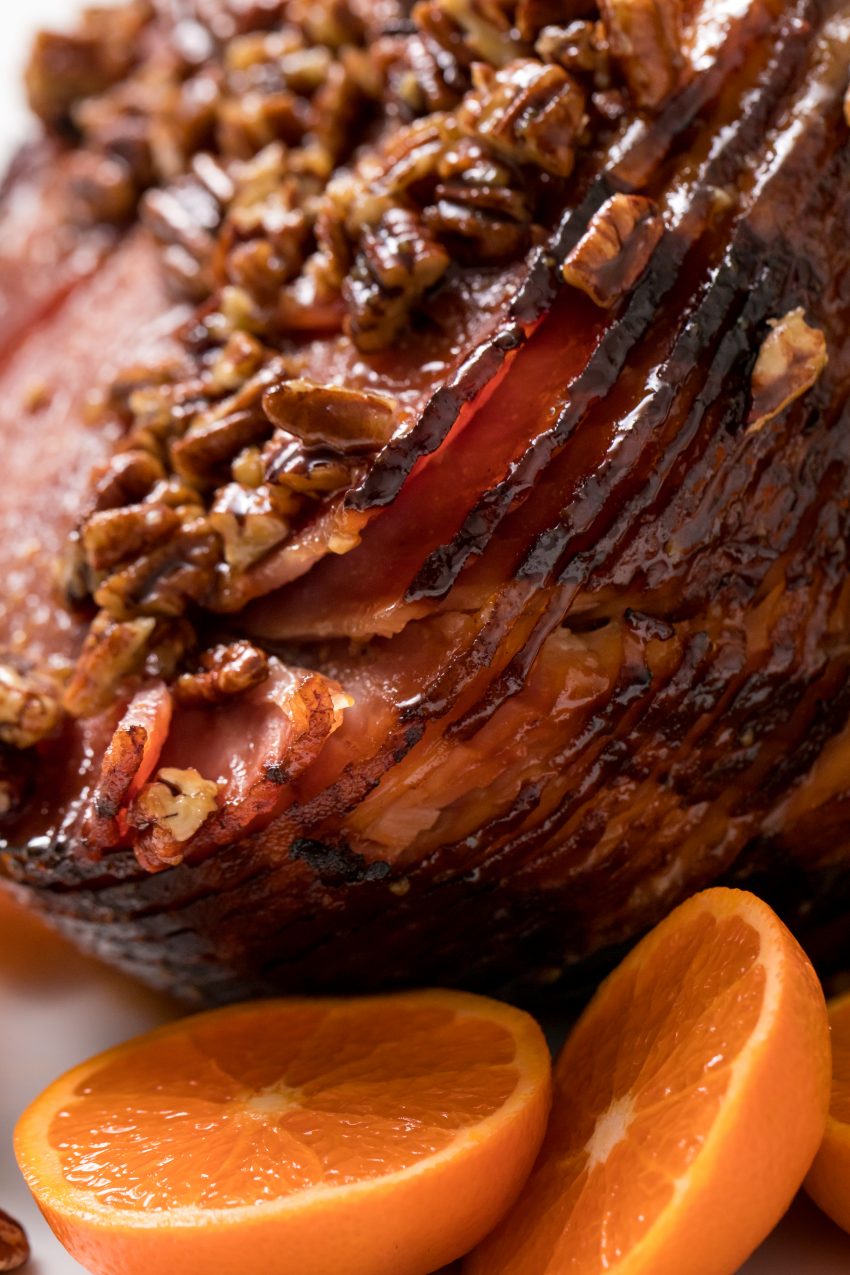 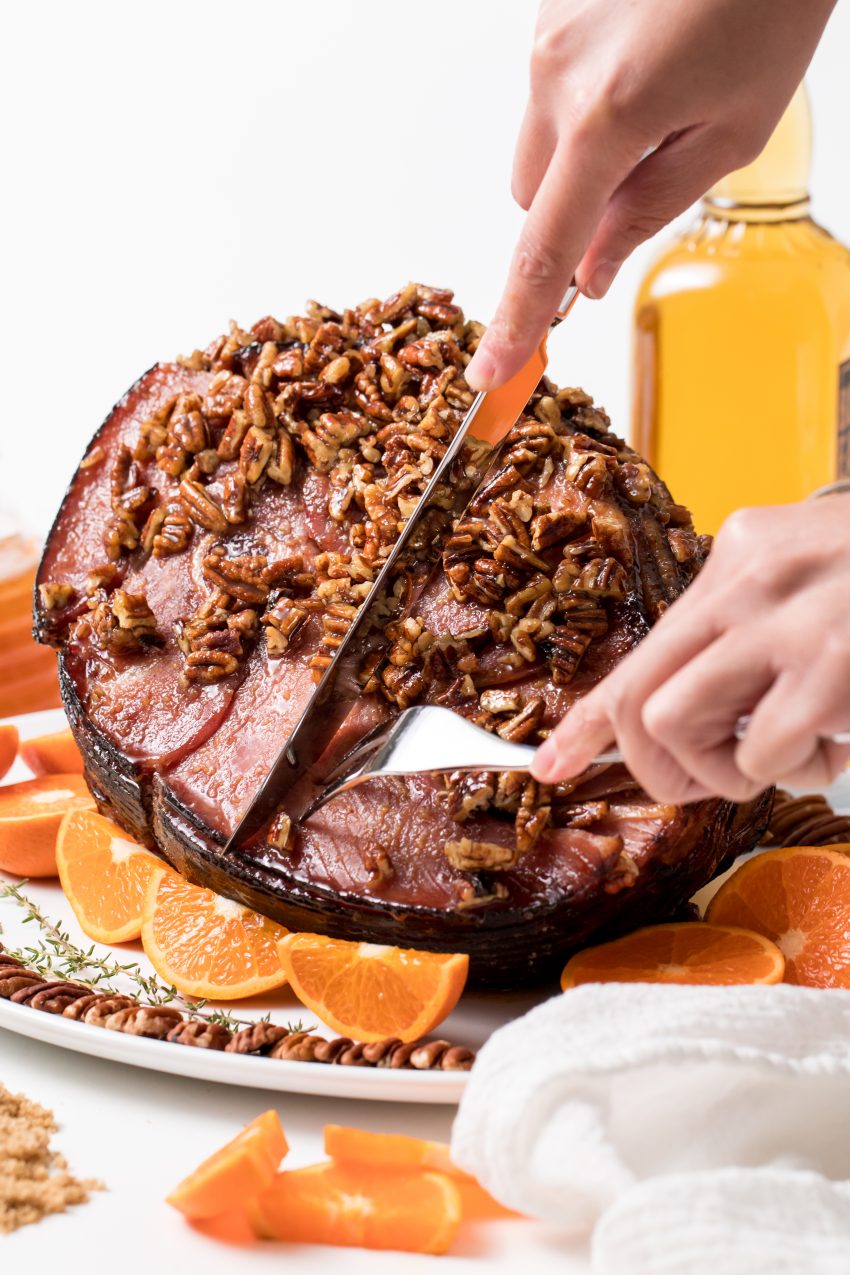 Bite after bite of pure heaven! 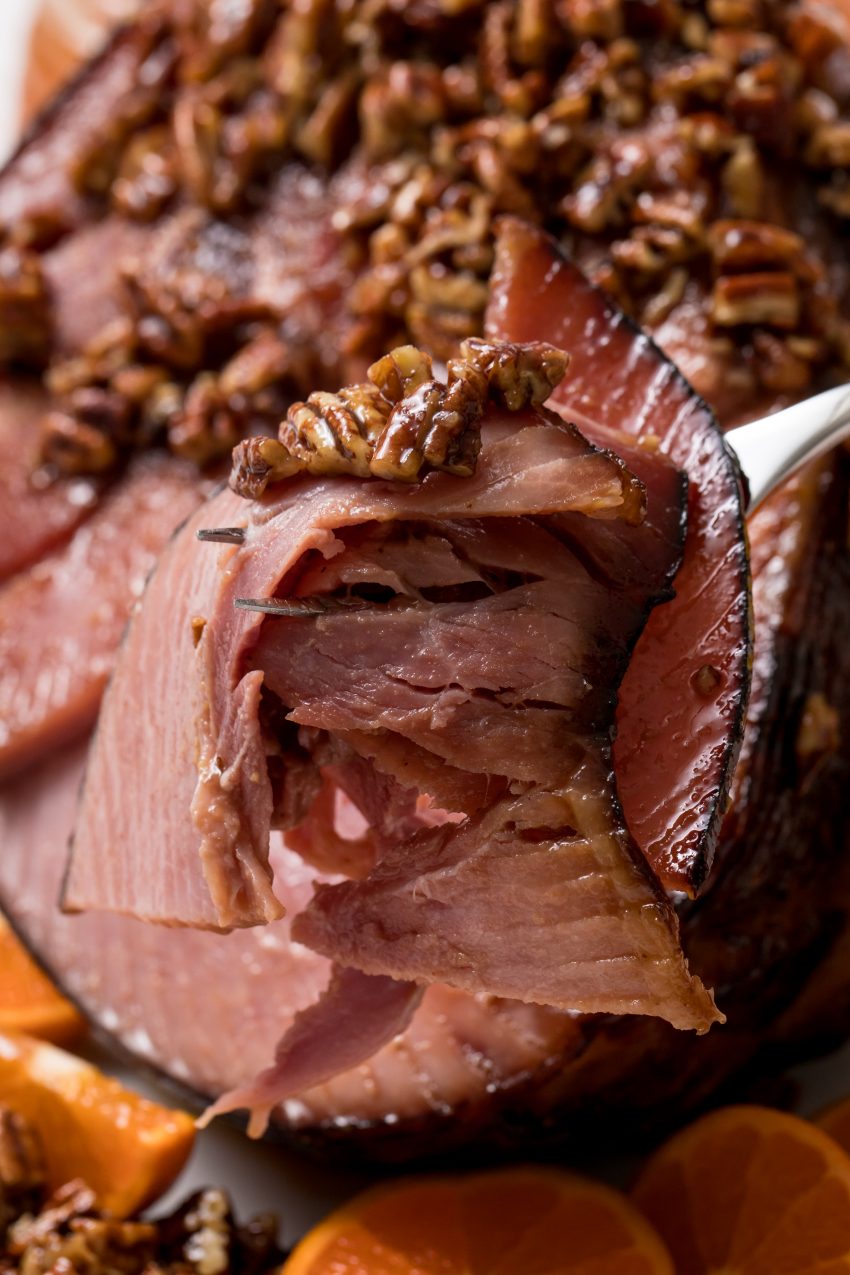 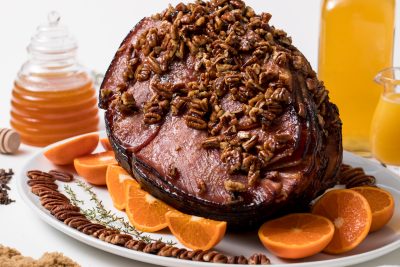 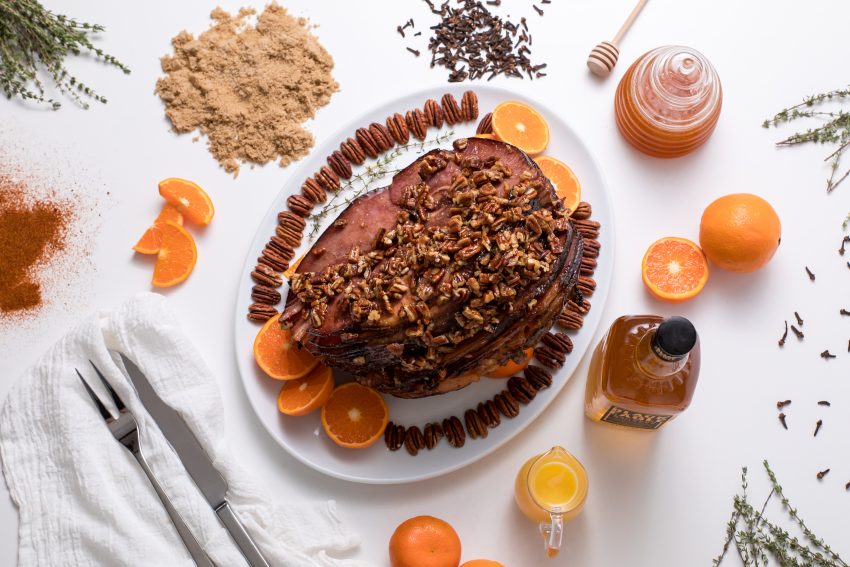