A psychologist’s take on crystals: Do they have merit? 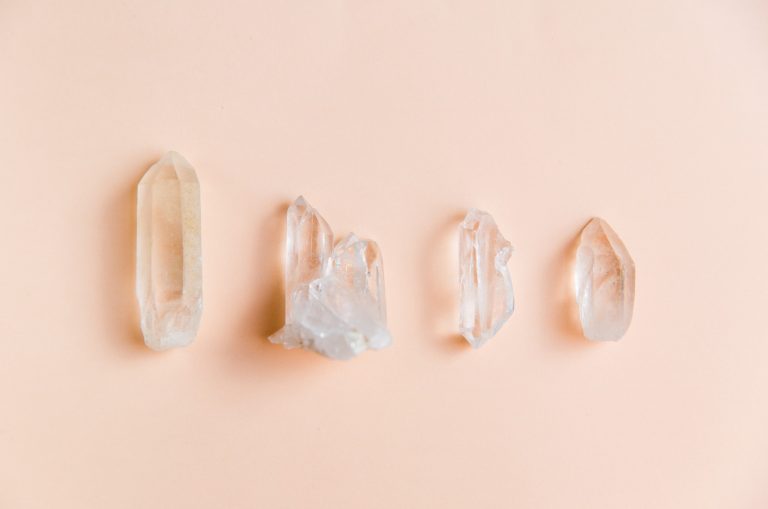 When it comes to alternative healing approaches, it’s hard to imagine one more pleasing to the eye — or more Instagram-friendly — than the use of crystals. But do they really offer the benefits their users claim?

The popularity of crystals has been on the upswing of late, with their powers touted for treating a variety of ailments. Celebrities from Adele and Katy Perry to Busy Phillips and Victoria Beckham have expressed their love for the gems, and sales are booming. Of course, crystals have been around since ancient times, with longstanding connections to spirituality and beauty. Their usage now stems from the idea that, besides being pretty to look at, they can promote the body’s energy flow in ways that improve emotional and physical health.

There are different methods to use crystals, from merely holding one in your palm to placing them on specific parts of your body during a massage or other body treatment. Different gems — and there are many — are said to have specific properties.

The first problem is that these claims often run afoul of traditional medicine and empirical evidence. Indeed, no scientific studies have established solid proof that crystals on their own provide measurable healing properties, and no systematic evidence supports that they can treat the medical problems that they are often advertised to help with.

Nonetheless, they might still have positive psychological effects, especially when combined with other more established healing techniques such as meditation and mindfulness. And crystals might help improve emotional well-being through the placebo effect. Though many people dismiss the placebo effect as fake, it’s still a true phenomenon. Rather than being discounted completely, it instead can be harnessed to your advantage. If you believe that crystals can help you feel better, or if you even just enjoy the mood boost their beauty can provide, then you may very well find some comfort and calm with their use. In turn, a reduction in stress levels can have true emotional and physical benefits.

But do individual stones really have particular qualities? Research on the subject, though not extensive, is not promising. The most commonly cited study, performed in 2001 by Christopher French at Goldsmiths, University of London, pitted genuine crystals against fake plastic crystals in terms of their ability to boost mood and well-being. The results, unfortunately, showed no difference in the experience of those using the fake crystals versus those using the real ones; they felt equally better. But what did lead to a difference in their experiences was whether people were told to expect certain effects. This appears to debunk, at least on the surface, the idea of crystals doing anything at all. Instead, it seems more accurate to say that they didn’t help solely because they were crystals. After all, even if something seems to help just because of the placebo effect, it’s helping nonetheless.

That positive effect can grow even more if you add practices shown to have measurable results beyond the placebo effect, such as setting an intention to be more mindful. At the heart of mindfulness is an increased awareness of your experiences in the present moment: being a curious and gentle observer of your mind and body, and paying true attention to your thoughts, emotions, and physical sensations rather than trying to run from them. It means engaging with the current moment rather than trying to run from uncomfortable feelings or numbing yourself with distractions. It entails living in the present without ruminating about the past or fast-forwarding to your concerns about the future. The ability to pause, breathe, and truly experience the now is associated with lessened stress, anxiety and depression.

So, can crystals be helpful for you? It depends on what you do with them. Perhaps the magic is not in the gems themselves, but rather in the power of your mind to help you along the way. When you have hope, intention and motivation — when you believe that you are doing something positive to improve your mental health — then it just might happen. And hey, if you can look at something particularly pretty when you do it, that’s not too bad, either.