Your fear of recycling is common, according to psychology 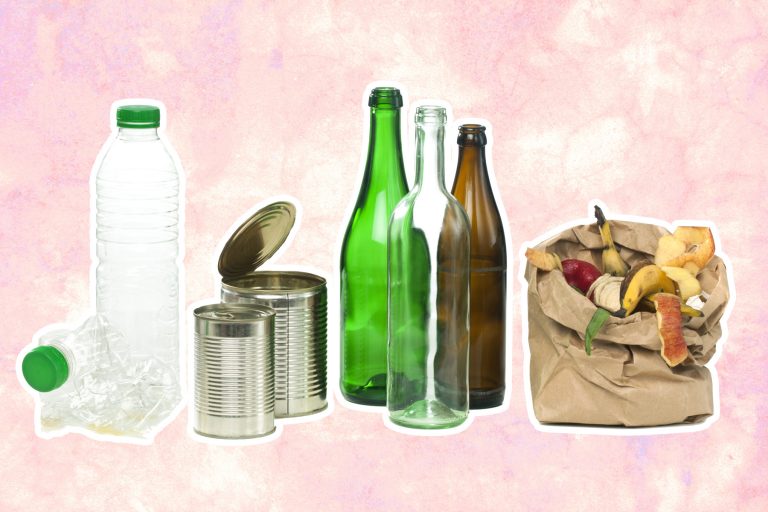 Be totally honest here: Do you recycle as much as you’d like to? As much as you feel like you should as a responsible steward of this planet? Don’t feel bad — we don’t either. But when it comes right down to why, the only thing we can come up with is a fear of recycling. It’s hard to explain why we’re afraid of recycling other than to say we’re all just sort of worried we’ll do it wrong, so despite the fact it defies logic, we wind up not doing it at all (or not enough anyway).

Unfortunately, having a fear of recycling isn’t a rare phenomenon. Per a recent Yale study funded by the Environmental Protection Agency, an estimated 75 percent of the U.S. waste stream can be recycled or composted. We’re only doing so for just over 21 percent of it. So, what gives? Why are we so afraid of recycling?

MORE: How to test if your water is safe for drinking

Well, evidence suggests that people do have mental stumbling blocks that get in the way of their commitment to recycling. In 2017, social psychologists drew a correlation between people’s recycling behaviors and their need to feel socially accepted. Not only are we apparently worried about how, when and what other people are recycling, but we’re also acutely concerned with how other people might perceive our recycling behaviors.

In other words, those fears of being a “bad” recycler weren’t silly; they were rooted in your subconscious, thanks to the human tendency to adhere to social norms to be accepted. Planet Aid dubs this “psycho-recycling inhibition.”

Interestingly, this drive to do things right has some interesting psychological offshoots where recycling is concerned. A study published in the Journal of Consumer Research found that people are less likely to recycle an item if their perception of it is less than perfect.

“When items become damaged, they differ from the ‘prototype’ or ideal version of that product, and as a result, they are perceived as being less useful. As consumers, we tend to equate things that are useless with garbage,” Jennifer Argo, a marketing professor at the University of Alberta’s School of Business and co-author of the study, explained. As such, people have an “alarming tendency” to throw trash away instead of recycling it if the recyclable item is no longer in its whole form.

Psycho-recycling inhibition is also explored in “Social Psychology and the Stimulation of Recycling Behaviors: The Block Leader Approach,” a scholarly treatise at Psychology Today. In it, author Shawn Burn explores whether simply knowing your neighbors are recycling could be enough incentive to override any lingering fears about recycling wrong — if your neighbor is recycling and encouraging you to start, you’re more likely to do so “due to a desire for social approval.”

So, ironically, the same desire for social approval that in essence keeps you from recycling (what if I’m doing it wrong? What will people think?) could also be harnessed to help you make recycling more routine.

It’s a lot to process, we know. Here’s the gist of it — the TL; DR, if you will. You aren’t alone in worrying that you’re going to recycle wrong and somehow mess it up. It’s a pretty common neurosis. However, it doesn’t have to stay that way.

MORE: How social media is affecting your relationships & how to stop it

To help you get over your recycling hang-up, enlist a friend who has a handle on the whole deal. Ask them to give you pointers and to keep you motivated by checking in on your progress. Or, if you’re an extrovert and want to really grab the bull by the proverbial horns, consider becoming a voice for change in your community.

Whether it’s in your neighborhood or at the workplace, encourage others to join you on your recycling journey. Not only will you satisfy your psychological need to be a part of the social norm, but you’ll also help others who may be quietly struggling with the same recycling fears you’re trying to conquer.