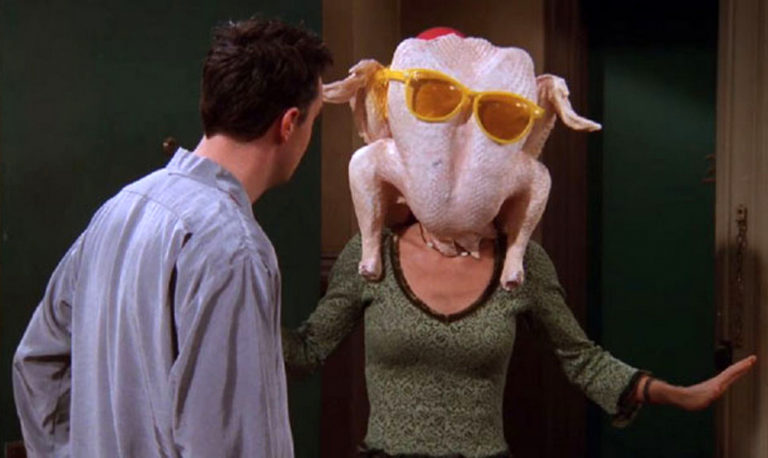 Over the years, nearly every TV show has featured a Thanksgiving episode — some good, some total turkeys.

Here’s a look back through the decades at just a few of the sitcoms and other primetime shows you might remember — including favorites like Friends, Seinfeld, Bewitched and The Cosby Show — as they celebrated with the traditional feast.

Dressed up as Pilgrims

Gathering around the turkey, from “The Brady Bunch Hour”

Diane suggests that the rest of the gang spend Thanksgiving together in Carla’s new home.

Sitting down for Thanksgiving dinner

Kramer is the turkey

Dressed up as Pilgrims

Monica with a turkey on her head, in the episode, “The One with All the Thanksgivings”