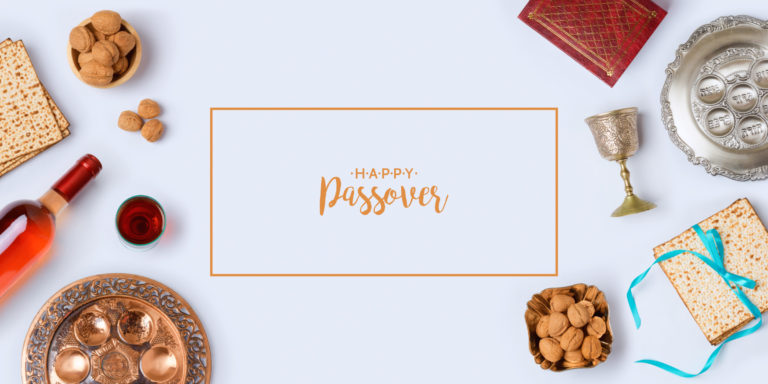 Passover — Pesach in Hebrew — is one of the most important festivals in the Jewish year. Here’s a brief Passover history and some important, fun facts you should know.

Jewish people from around the globe will sit down on April 19 to commemorate the liberation by God of the Jewish people from slavery in Egypt. This celebration generally involves drinking way too many bottles of wine and hosting a lovely meal with culturally significant foods.

But with Passover being one of the oldest continuously celebrated holidays in Jewish history, it’s important to pause on the eating and drinking for just a quick second and learn the basics about this special holiday.

In Chapter 12 of the Book of Exodus, Moses went to see Pharaoh many times asking for the release of the Jewish people, who were being held as slaves. Each time, Pharaoh refused. Moses warned Pharaoh that God would send terrible plagues on Egypt if Pharaoh wouldn’t let them go. Still Pharaoh refused, so God made good on his promise.

The final plague was the death of all Egyptian firstborns. God told Moses to have the Jews mark their doorposts with goat blood so God would know which houses to “pass over.” This is why the holiday is called Passover.

How do we celebrate today?

Today, many Jewish families will begin Passover by cleansing their house of chametz (anything that is leavened). This is a reminder of all the Jews who quickly fled Egypt and didn’t have time to let their bread rise. The product of this rush was matzo, which many Jewish families will eat instead of bread throughout the week of Passover. It’s crunchy and salty, and comes in a ton of different flavors, making it a kosher staple.

On the first evening of Passover, a special service called a seder takes place. The seder is a feast that includes reading the story of Passover from the Haggadah, drinking wine, eating special foods and honoring the traditions of ancestors. It is celebrated in the home, surrounded by family and friends.

The seder plate is one of the most important traditions. It is the focal point of the table and bears the ceremonial foods around which the seder is based. Each special food is actually food for thought and has specific meaning within the greater seder.

Matzo: to honor how quickly the Jews fled from Egypt
The Zeroa: a shankbone to remember the Passover sacrifice
Beitzah: a cooked egg representing sacrifice and the tenacity of the Jewish people
Maror and chazeret: bitter herbs (often horseradish for maror and romaine for chazeret) to represent the bitterness of slavery
Charoset: a sweet mix of fruits, nuts and honey that symbolizes the mortar used by the Jews during their slavery
Karpas: a green vegetable that signifies new life

Passover lasts for seven (sometimes eight) days in April, beginning and ending at sundown, but the exact day varies each year because Passover is based on the Jewish calendar, not the English one.

MORE: Non-traditional Passover ideas to try with your family

The coffee company Maxwell House started printing Passover Haggadahs in 1932 as a marketing tool for their kosher-for-Passover coffee. Since then, they have become the most widely circulated Haggadahs in the United States.

The world’s largest seder ever hosted isn’t where you’d expect. With over 1,000 people attending, the Kathmandu seder in Nepal has been the largest for over 30 years. That’s a lot of wine and matzo!