How to make cauliflower wings 3 ways 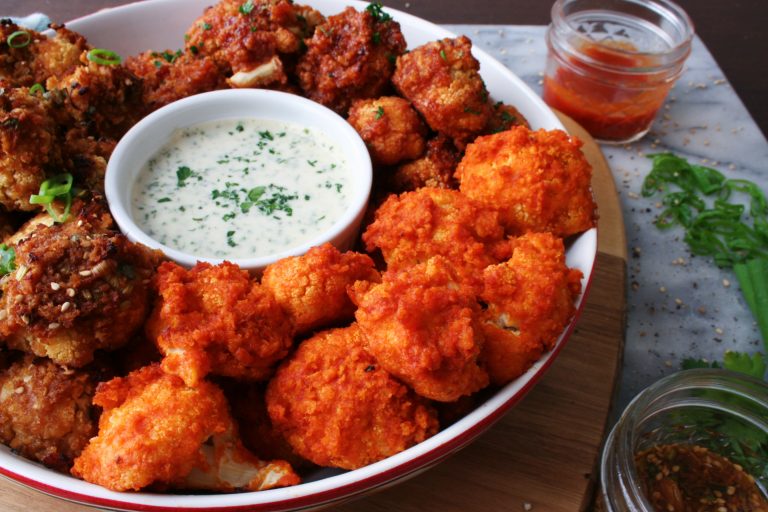 After years of taking a back seat to its greener counterpart, cauliflower’s popularity has been raging for quite some time. I’ve seen everything from cauliflower fried rice to cauliflower tater tots. (Do yourself a favor and grab a bag of cauliflower gnocchi at Trader Joe’s!) But today, I’m taking it back to an original vegan favorite: the cauliflower wing. For extra flavor, we’re cooking these “wings” with three different sauces: original Buffalo, ginger scallion and honey bbq.

With the correct cooking process, cauliflower wings are crispy on the outside and tender on the inside. Cauliflower itself has a very mild flavor; it takes on the flavors that surround it, which is why I couldn’t help but do a few variations for this recipe. Whichever flavor you decide to make, the healthfulness of this humble veggie makes these wings a totally binge-able snack for parties or just a regular night in.

Making cauliflower wings involves quite a few steps, but the recipe is pretty straightforward.

First comes the prep. After washing the cauliflower, break it into bite-sized florets. (Keep them on the larger side so they don’t cook too quickly and become mushy.) Next, set up a dredging station with three separate bowls: one for flour, salt, and arrowroot flour; one with nondairy milk; and one with breadcrumbs and nutritional yeast.

Dip the cauliflower in the flour mixture, followed by the non-dairy milk, and lastly into the breadcrumb mixture. Lay the breaded cauliflower on a baking sheet lined with parchment paper and bake it at 450F for 25 minutes. 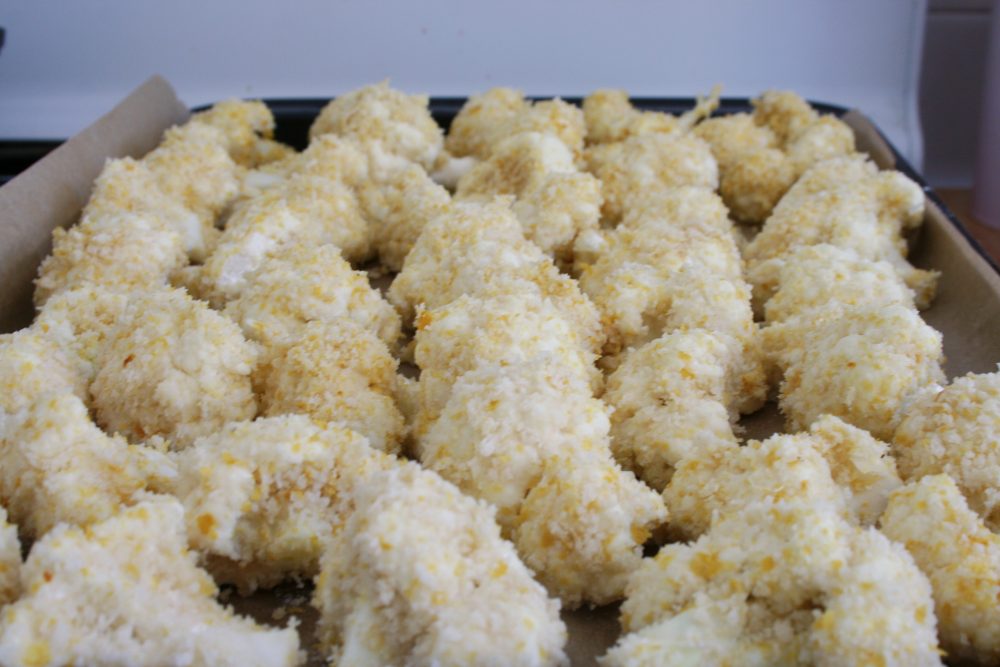 While the cauliflower is cooking, make the sauces for the wings. For the honey barbecue sauce, mix your favorite store-bought brand with agave syrup or vegan honey (or check out the homemade barbecue sauce we used in our pulled barbecue jackfruit sliders!). The ginger scallion sauce is a mix of soy sauce, ginger, scallions, rice vinegar, toasted sesame oil, agave and sesame seeds. The Buffalo sauce consists of Louisiana-style hot sauce and vegan butter. 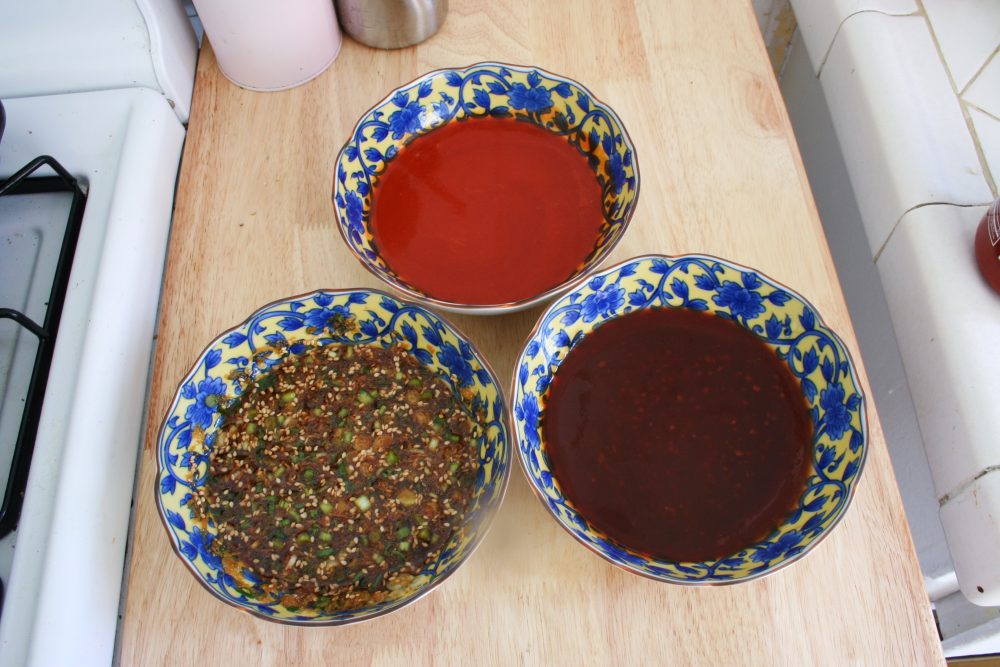 When the first round of cooking is done, separate the cauliflower into three bowls and mix with each different sauce. Toss each bowl of cauliflower until it’s fully covered with sauce, and then bake it for an additional 15 minutes, or until it starts to brown. 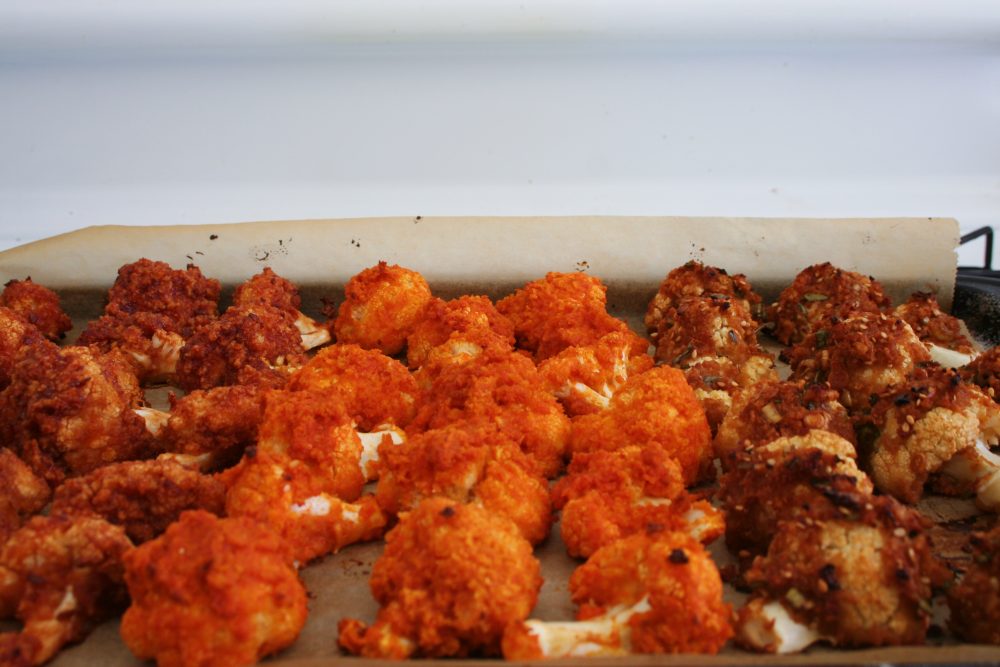 While the cauliflower is in the oven for the second time, make the vegan ranch dip with vegan mayo (I like Sir Kensington’s Fabanaise), lemon juice, apple cider vinegar, garlic, garlic powder, onion powder, salt, pepper and a whole lot of fresh herbs — parsley, chives, and dill — and stir until fully incorporated.

More: This beet-burger hybrid recipe is almost too good to be true 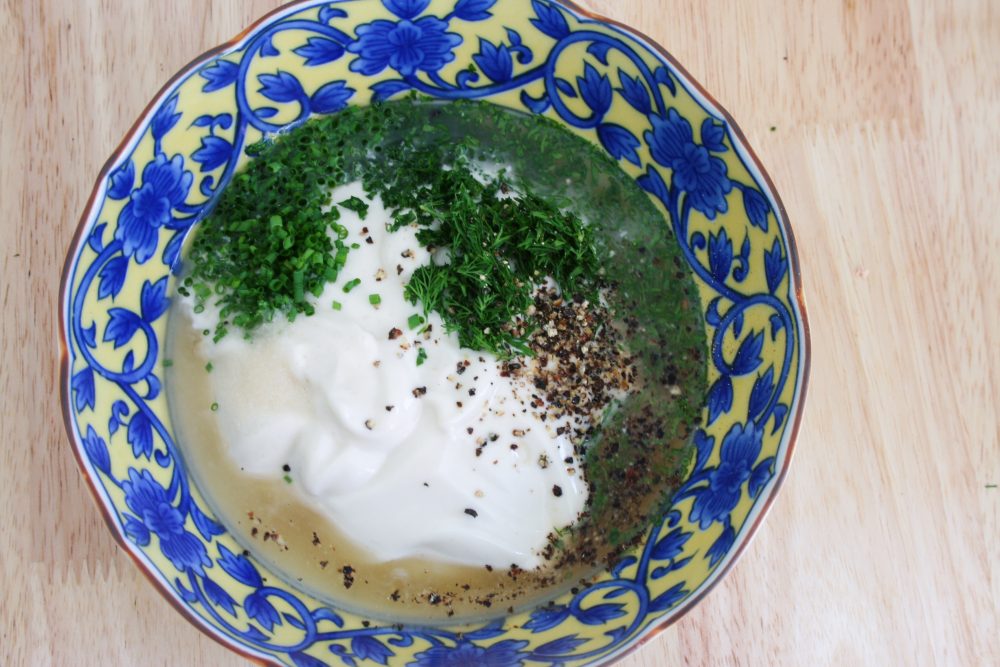 They might not be real wings, but these crunchy little morsels always please a crowd. They’re an outrageously tasty vegan side or main dish that the whole family can enjoy for any holiday (or football-watching) celebration. 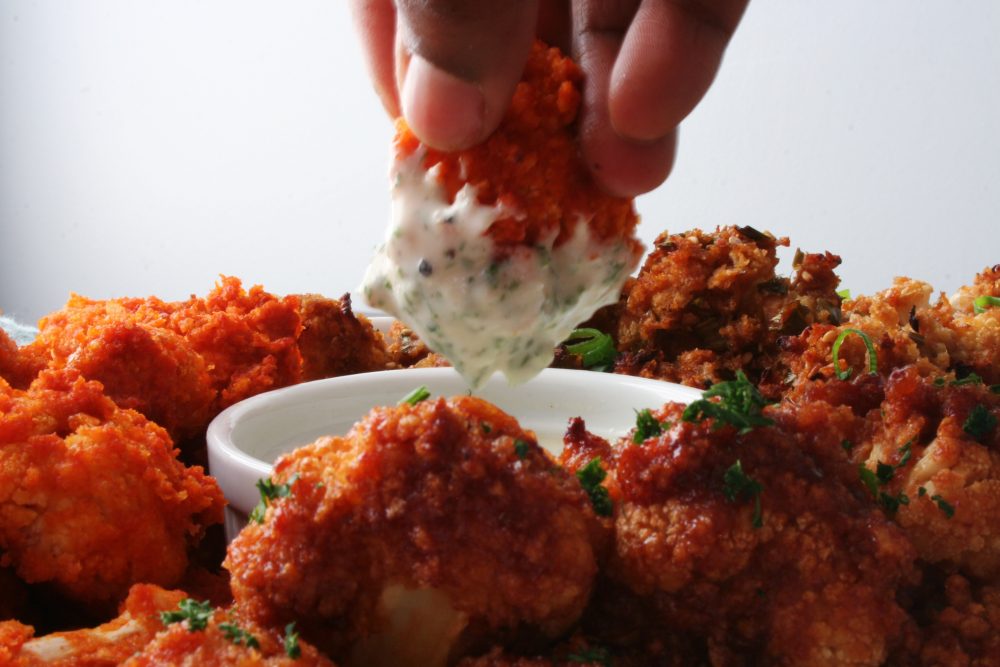 MORE: See 6 of the best vegan recipes to try 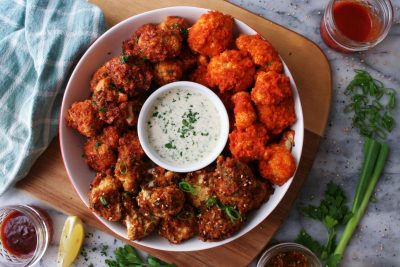